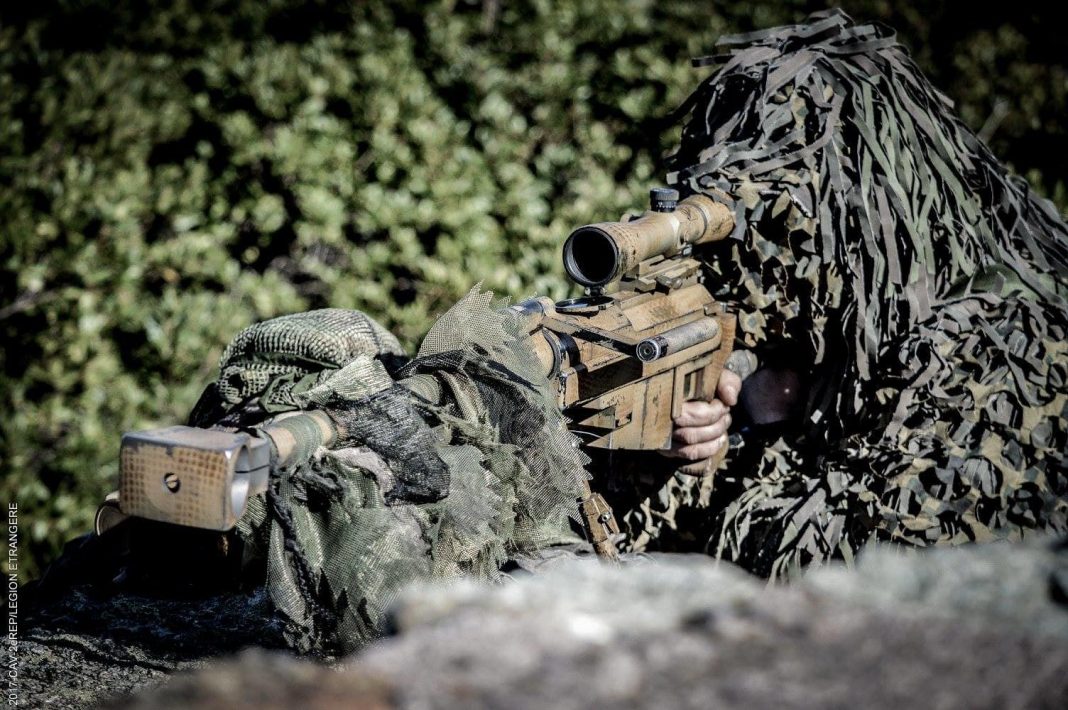 The 2nd Foreign Parachute Regiment, or 2e REP, are the French Foreign Legion’s premier quick reaction force. It is the only airborne regiment in the FFL, and also serves a quasi-special operations role. The regiment got its beginnings in the Algerian War in 1955. It moved to Corsica in 1967. Furthermore, it is the successor to the 2nd Foreign Parachute Battalion, which fought in French Indochina. The unit has also even fought in places like Chad, Zaire, Iraq, Yugoslavia, Ivory Coast, Afghanistan, Mali, and Niger just to name a few.

France’s colonial empire birthed the French Foreign Legion. As a result, it served extensively in Africa and Southeast Asia in the 19th and early 20th century. France’s empire may have fallen, the Foreign Legion did not. Furthermore, the Foreign Legion allows any member of any country, no matter the background, join their ranks, constantly giving them a stream of diverse soldiers.

The 2e REP’s main function is a rapid airborne unit with fast response times and high adaptability. Therefore, the unit was always meant to be ready to be deployed to any situation on a moment’s notice. Unconventional operations, however, have been the groups specialty as of late. They were recently involved in counterterrorism operations within France. (Source)

The 2e REP has about 1,300 legionnaires and non-Legion NCOs serving within it, along with an entire reserve company. Five separate combat companies make up the unit. In effect, they each with their own warfare specialty. (Source) The specialization of different companies was born out of the counterinsurgency operations of the Algerian War, and the 2e adapted well to the restructuring from 1967 onwards. (Source)

The 2e REP is the only parachute unit in the French military that is not trained at the Ecole des troupes aeroportees (ETAP) in Pau, France. This is where units like the 13e RDP and Action Division have also trained. (Source)  Furthermore, the 2e is trained in-house at their own training program in Corsica. Subsequently dubbed the “promotion” training as it is seen as a sign of honour, this training is referred to as Promo Parachutist. (Source)

The unit was involved in almost the entirety of the Algerian War until its conclusion in 1962. It was also during this time that their sister regiment, the 1st Foreign Parachute Regiment, was disbanded. This left the 2e REP as the sole airborne regiment in the Legion. (source) The unit served as an effective counterinsurgency force throughout the conflict, and saw heavy fighting in Philippeville, Tebessa, Ahras, and Guelma. (Source)

Beginning in 1969, the 2e REP was also involved in numerous operations to support the government of Zaire against local rebels and government resistance. Operation Bonite brought the 2e REP into the world spotlight. Known as the Battle of Kolwezi, the regiment was sent to rescue over 2000 European miners from rebel forces near the town of Kolwezi. (Source) The 2e then killed 247 rebels and imprisoned 160 others. (Source) To conclude, this battle cemented the legacy of 2e REP as an effective and efficient airborne force.

Furthermore, the 2e REP served as the landing troops for the Multinational Force in Lebanon in 1982, officially known as Operation Epaulard or Operation Orca 1. They were also the first troops to enter Beirut, and successfully evacuated a contingent of Palestininian dignitaries out of Beirut. Additionally, they protected French government buildings during the duration of the Lebanese Civil War. (Source)

Elements of the 2e REP were sent to war-torn Sarajevo in 1993 but had been working in the UN mission since 1992. They were then sent into the city with UN blue helmets on, and for the first time they represented the UN in conflict. (Source)  They were quickly fired upon. As a result, the 2e received several casualties. Subsequently, the rules of engagement would not let them return fire. This was the first loss in the 2e REP since the Battle of Kolwezi in Zaire, 1978. The unit did also participate in Operation Joint Endeavor in 1995, but did not wear UN blue helmets. (Source)

The 2e were also in Afghanistan from 2008-2011. Under the International Security Assistance Force (ISAF), the 2e REP were mainly in a mentoring and training capability to local troops.

Mali and the Sahel

Operation Serval, a French military operation to dispel rebels in northern Mali and other parts of the Sahel saw the 2e REP heavily in action. The famed jump into the ancient, enemy controlled Timbuktu, on January 28th, 2013, is an example of this. (Source)  By the 29th and after hours of fighting, the 2e controlled the city. (Source) Two 2e REP members died. Furthermore, Operation Barkhane officially encompasses Mali, Mauritania, Burkina Faso, Niger, and Chad.

The 2e REP at the Tip of the Spear

The 2e REP, subsequently being the Legion’s only airborne regiment, have been the first ones into battle and danger wherever the Legion needs them. To conclude, 2e stands among the top of France’s airborne and unconventional regiments!