A Blind Eye to East Africa’s Human Trafficking Crisis to the Gulf? 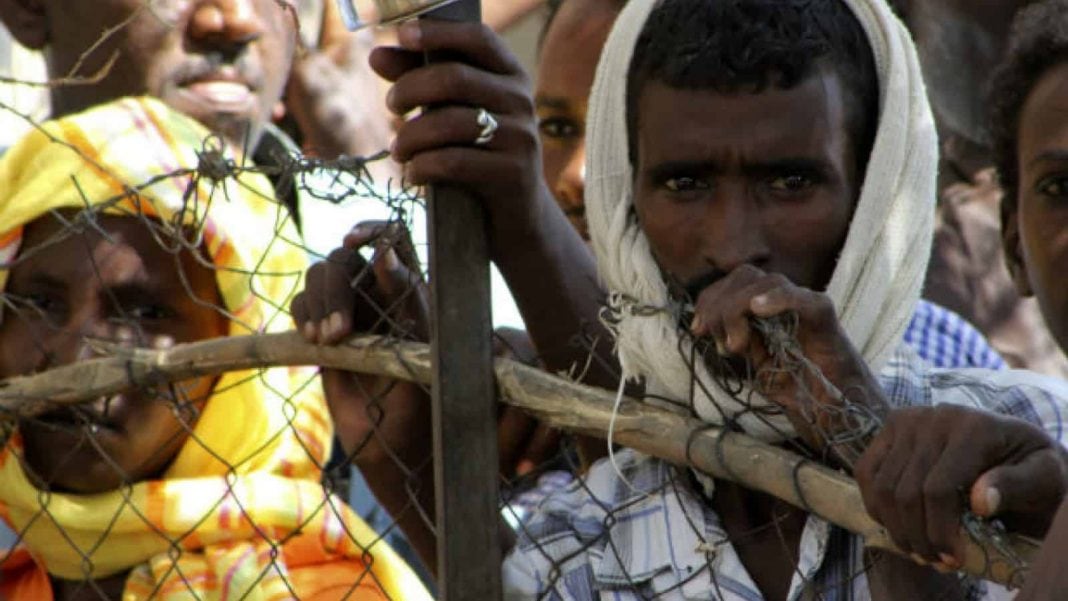 While the world observes the migrant crisis in the Mediterranean, a lesser-known crisis unfolds. In fact, the numbers moving through East Africa to Yemen, on course for the Arabian Peninsula exceeds the numbers migrating through the Mediterranean. East Africans lured in by promises of a better life in the Gulf often end up being subject to inhumane conditions. This article explores the ongoing human trafficking crisis and assesses the response of East Africa’s countries to cooperate against the growth of human trafficking in the region.

While there have been attempts to limit the trafficking. The transnational organised crime nature of the phenomenon limits a single countries’ ability to counter the crisis. January 20, 2020, “A Regional Ministerial Forum on Harmonizing Labor Migration Policies East and Horn of Africa” took place in Nairobi. The meeting was aimed at creating a universal strategy to be adopted for labour migration. The forum promoted regional cooperation to address human trafficking, the practicality and effectiveness is yet to be determined.

The International Organisation for Migration stated that at least 140,000 people are risking their lives in the water crossing from the Horn of Africa to Yemen. Uganda, Kenya, and Tanzania are becoming primary transit points as free movement and border posts no longer requiring visas’ makes the trafficking process easier.

A common route is from Ethiopian villages, to Djibouti or Puntland, to Yemen with the intent for Saudi Arabia. A majority of the people trafficked are lured rather than forced. A United Nations Office on Drugs and Crime assessment has stated that human trafficking has become a menace to East Africa.

Once people are in the hands of smugglers, they are at the mercy of the traffickers. Human Rights Watch has reported cases of smugglers throwing migrants off-board in problematic scenarios. If they arrive in Yemen, criminal gangs prey on the trafficked people, extorting arrivals to call family and friends at home to pay the ransom.

These are usually Ethiopian bank accounts and underlines a transnational criminal network all around the Horn of Africa. Those released often must cross live battlefields to reach their destination. If captured and deported, trafficking victims rarely return home due to the embarrassment of not being able to pay back family and friends for the ransom. While those living in Saudi Arabia soon find that the reality of working there is much bleaker than promised, with no rights to be legally protected from inhumane conditions.

A Trafficking in Persons Report (2019) placed Kenya, along with the other afflicted East African countries into a Tier 2 Category. This means that while there are attempts, the government does not fully comply with the Trafficking Victims Protection Act. Traffickers often face charges with immigration laws rather than severe criminal intent.

Djibouti has all the required laws under a UN trafficking protocol but has 0 cases. Kenya’s prosecution service is not handling a single case of trafficking to the middle east. George Kinoti, Director of Criminal Investigations in Kenya, made the case that human trafficking can only be defeated through regional cooperation. The regional forum to discuss the future shows an effort of cooperation that might turn the tide. East African countries are attempting to increase efforts to limit the extent of human trafficking. The problem is that cooperation is also required with transit destinations in the Arabian Peninsula. Without this, the effort will be limited to ineffectiveness.

Because of limited regulation of borders and a vast coastline, the capacity to control the trafficking is also limited even if we witness a significant increase in regional cooperation. A key tactic to counter this would be an investment in rural areas where most of the migration begins, a stronger economy with benefits for the population would limit the need for many to want to migrate. While targeting socio-economic problems and targeting criminal networks in East Africa through a cooperated front, there is hope for a fighting chance.