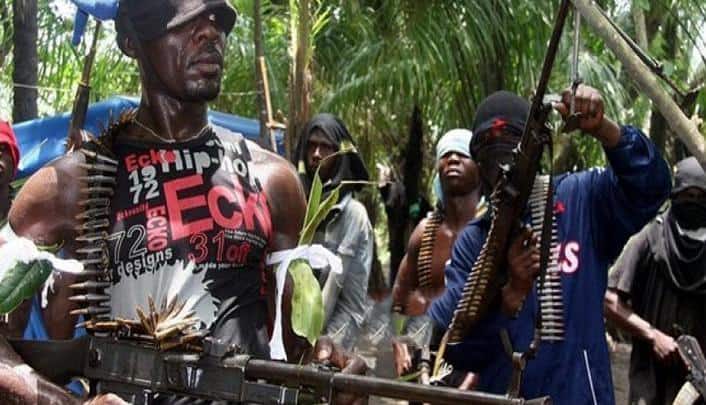 A Deadman Switch is designed to be activated or deactivated if the operator becomes incapacitated or relieved of control. This article attempts to use a ‘Deadman’s switch’ model to describe the eventuality of what may become of the Cameroon Anglophone Civil Society Consortium (CACSC). At the point where the operator of CACSC is relieved of control for any reason, Cameroon may see the birth of a full-blown long-lasting violent conflict.

The marginalisation of Anglophones in Cameroon emerged at the Foumbian Conference in July 1961. The Anglophones lacked the promised support of the British while the Francophone (Cameroon Republic) were accompanied by French advisers. The conclusion was reached concerning the Federation but only the francophone seemed to have gotten what they came for. As it stands, Yaoundé, Cameroon’s capital, is located in the French-speaking region of Cameroon and it is under the control of the Francophones.

Among other manifestations of the treatment of Anglophones, the one concerning the judicial system prompted the latest violence. In October 2016, the lawyers embarked on industrial action to protest against the appointment of French-speaking magistrates with little or no understanding of English and training in Common Law to Anglophone speaking regions. This was after the peaceful protest marches earlier in September.

Government security forces responded violently. Even though the individuals arrested were released as a result of international pressure, the government refused to come to the table for negotiations. That same month, following the celebration of Ambazonia’s independence which the Anglophone adopts as their Independence Day celebration, government forces responded violently and it led to about a hundred deaths.

A lead activist of the movement, and Lawyer, Felix Agbor Balla, formed the Cameroon Anglophone Civil Society Consortium (CACSC) which was at the vanguard of the struggle against marginalisation by the Francophone-led government. The 2016 New Year eve national address by President Paul Biya described the agitations as manipulative and exploitative which engenders a loss of lives, destruction of properties; thereby proscribing it as a threat to national security. By 2017, Agbor Balla declared Operation Ghost Town Resistance (OGTR) where they observed a sit-at-home ritual to protest against the government. Felix Agbor Balla was arrested alongside several others. Some detainees were released but demands for talks were turned down. This led to protests in August 2017, and an eventual violent crackdown by government forces on protesters.

The Cameroon Anglophone Civil Society Consortium (CACSC) and Teachers’ and Lawyers’ Trade Unions does play the role of demanding for the better treatment of Anglophones. They have been at the vanguard of protests and industrial actions and are resolute about their demands:

The Catholic church in Cameroon, for instance, operates a solid network of schools and hospitals, it also controls a wide population of faithful. The church can ride on its influence to bridge the divide between the Anglophones and Francophone led government. playing the role of a peace-broker would require neutrality to be able to gain the trust of belligerents. Unfortunately, however, the Anglophones and the Francophone-led administration are less likely (10%) to reach a compromise. For instance, the recent attempt to engage the Anglophone and Francophone sides in talks in September 2019 was described as the Dialogue of the Deaf due to the following pitfalls:

Not only that, some critical elements which appeared problematic were highlighted

The CACSC is a non-state actor and it plays a critical role in this the struggle against Anglophone marginalisation. As of now, it employs peaceful means to the struggle and this is because the operators have adopted this. In volatile regions, taking the instance of Boko Haram and Niger-Delta Avengers in South-South Nigeria, once the operator who promotes peaceful means is relieved of control, willingly or not, guerrilla tactics are resulted to express grievances. This may appear to be far-fetched but continuous experiences of violent repression conditions victims towards viewing violence as the appropriate response to obtain justice.

What Lies Ahead for Cameroon

The long years of marginalisation Anglophones have suffered from the Francophone-led government has cultivated an atmosphere of mutual suspicion between both groups. The exclusion and marginalisation are entrenched in the structure of the Federation which has been conditioned against Anglophone speakers. Arriving at a trusted justice and reconciliation agreement will also prove problematic. Altogether, the future of Cameroon is marred with uncertainties concerning finding a lasting solution to the crisis.