“A Giant in Africa”: An Impediment to Democratization in Chad 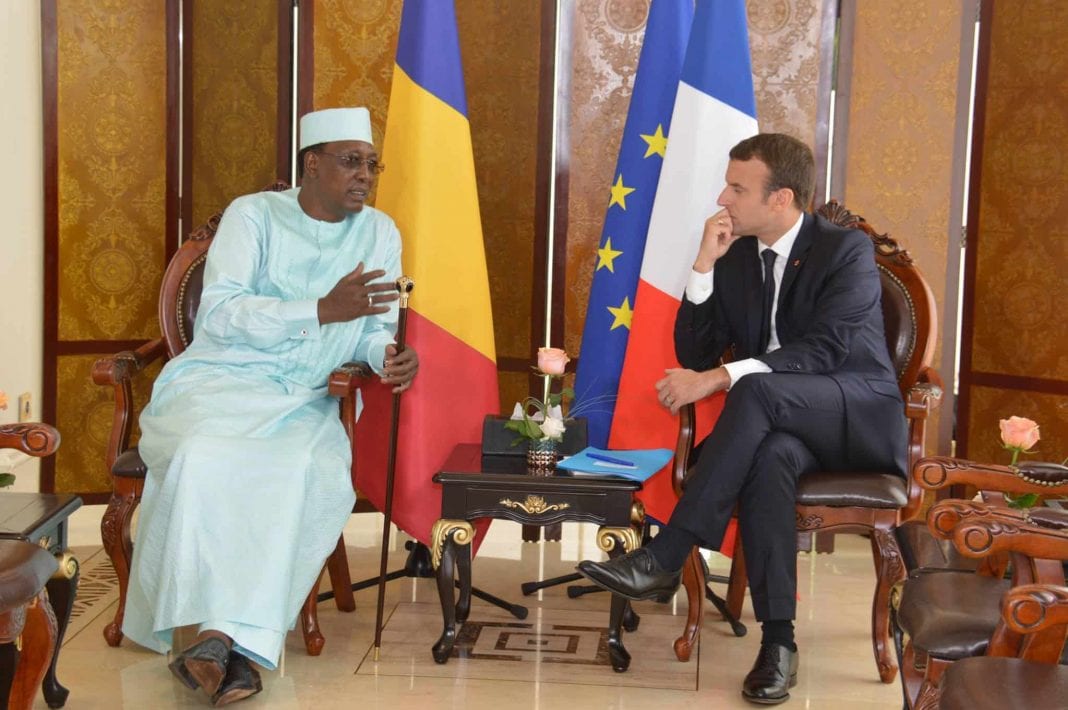 This article attempts to describe how the interest of France is responsible for its political activities in Chad, and how this impacts democratization negatively. It offers an understanding of why democratization in Chad remains far-fetched. The post-independence arrangement between Chad and France is questionable and somewhat unwelcoming to democratization attempts in Chad. A major factor is that France continues to exercise superiority, in a subtle but effective manner, over Chadian Heads of State.

Chad is a former French colony which gained independence on 11 AUG, 1960. It is rich in gold and uranium and became an oil-producing nation in 2003. Chad suffers political instability and violence influenced by a mix of ethnic and religious rivalry. These problems mar Chad’s history and it is almost certain that France is a major contributing factor. The country has had seven different Heads of State and the longest-serving President was François Tombalbaye. He spent 14 years and 245 days in office. After a series of change in government, mostly via forceful means, Hissene Habre became President of Chad in 1982. Idriss Déby later toppled Hissene Habre in 1990. Déby was Habre’s Chief of Staff.  Historians have attributed the changes of government to the French interest in Chad. Those interests are mostly economic and strategic, and political in the broader context of African politics at continental level.

Gold, Oil and Uranium make up a vital part of France’s interest in Chad. Gold and Oil offer great economic benefits to France. Gold has been a source of conflict in Kouri, Bougoudi, and Miski between government forces and rebels. The rebels however claim ownership. Increasingly, the government has gotten worried over the gold mines. This is because it attracts and provides economic and financial options for rebel groups. Also, high-ranking military officers of the armed forces are allegedly in agreement with rebel groups over the gold mines. Oil security is a priority for industrialized and developed countries such as France. Uranium is a priority to France because, although largely unexplored, it can feed its nuclear energy. Nuclear energy feeds about 75% of France’s electricity supply. France is also a nuclear power and Uranium is important to nuclear programs. To a large extent, however, protecting Uranium mines will eventually become top priority.

Gold and Oil has been explored to a large extent while Uranium is still largely unexplored in Chad. It is highly likely that these resources underlie the composition of France’s interest in Chad. Hence, it is highly likely that France will become more protective of Chad, and a President who guarantees their interest will remain an ally. A country like France had always sought to keep, increase or show power in the global context and these resources play a vital role. Although, Chad was of little or no significant importance in the colonial era, France has so far increasingly seen the need to keep Chad closely.

This map highlights the major Gold Mines in Chad, namely; Kalaka, Echbara, Nabagay, Dorothe, and Am Ouchar. The distance between Echbara and Ndjamena which is the Capital is 879.8 kilometres (546.7 miles). Of all the Gold Mines, Echbara is however the closest to the Capital.

This map highlights the location of the Oil field, Doba. The distance between Doba and Ndjamena, the Capital, is 432 kilometres (268 miles).

Uranium in Chad is largely unexplored and there is no consensus on its estimated profitability mining experts. It is reported to be widespread and most of the suspected locations are far from the Capital.

GreyDynamics African Intelligence Assessment affirms that geographical distance from the Capital are sometimes a major challenge for governments in exercising authority. Chad does not have sufficient resources to provide adequate security at the different mines. Therefore, regardless of the French interest Chad needs the help France provides to secure the Gold, Oil, and Uranium fields.

Critics have commonly argued that no one is ever likely to win an election in a former French colony except he or she is in favour with France. It is almost certain that this is Chad’s reality. President Idriss Déby overthrew Hissene Habre and became President in 1990 with the support of the French Secret Service. Déby organised a ‘democratic’ election which appeared to be ‘multi-party’. He won, and he has so far won subsequent elections. President Déby abolished Presidential term limits in 2004. Because of the French support President Déby enjoys, it is highly unlikely that a worthy opposition emerges, democratically or otherwise.

For instance, France rescued Idriss Déby by repelling a rebel attack which at some point almost took over Ndjamena, the capital. Reports over the media also shows that France has turned a blind eye to human right violations. President Déby continues to run Chad as a dictator successfully because he can prioritize the interest of France. However, a worthy opposition may emerge if he falls out of favour with France. Overall, this impedes any form of democratic ambition for Chad.

It is highly likely that President Idris Déby will receive support from France against Chadians who stand up against him. However, there is a realistic probability that Idriss Déby is losing public support. Hence, things may ‘politically’ go out of hand for France in the ‘near’ future. As a result, there is a probability that France will withdraw support under the guise of supporting a democratic cause.