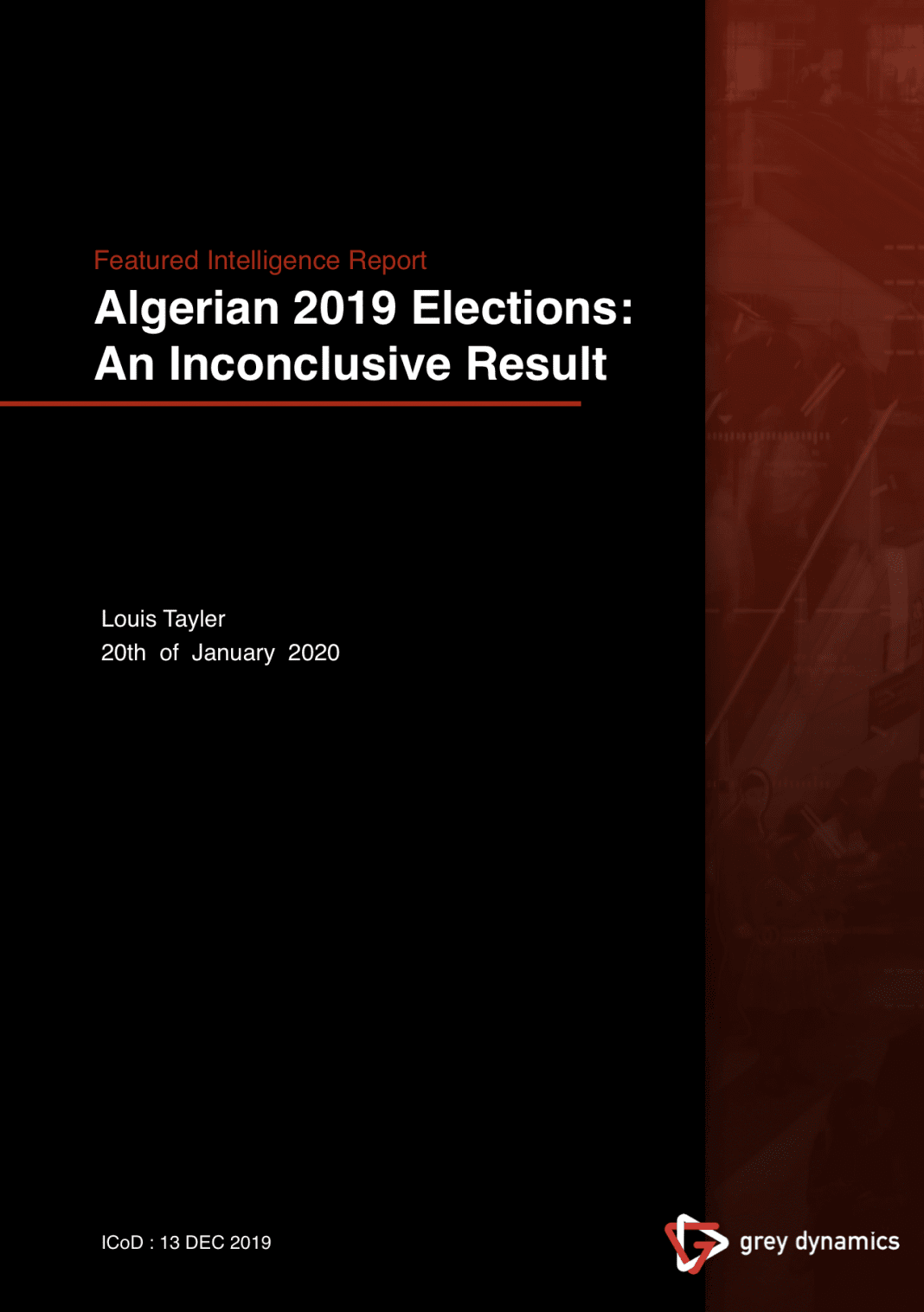 This report seeks to offer an assessment on the outcome of the 2019 Algerian elections, and related on-going developments.

KJ-1. The outcome of the Algerian elections is far from settled, though the result was strong. The turnout is neither weak enough to dismiss the result, nor strong enough to give a good mandate to President-elect Tebboune to enact major changes.

KJ-2. President-elect Tebboune, with the support of the army, will likely stay in power, even if he has limited popular support.

In April 2019, President Bouteflika, who had ruled Algeria since 1999 was removed from power after weeks of protests. Bouteflika, though planning to run again, was stopped by protestors. Then, General Ahmed Gaid Salah became the de-facto leader of the country during this time, vowing to have a presidential election and restore stability to Algeria. Election dates in April and July 2019 were cancelled, and the election finally took place on December 12th. The candidates for this election were chosen by the “Autorité nationale indépendante des élections”, an unelected commission, which chose five candidates all with alleged ties to the Bouteflika regime and of whom two were former prime ministers under Bouteflika.

Former Prime Minister Tebboune won the election of December 2019 with 58.15% of the vote. This prevented the second round of voting between two run-off candidates, and was a very strong result, especially given that this was between five candidates. However, Tebboune’s mandate is greatly undermined by the poor turn-out of only 41%.

In comparison, in an election in 2014, there was a 52% turnout; also low. Many democracy protestors across the country boycotted the election, for varied reasons. Some are concerned that some in the regime are trying to install a candidate similar enough to Bouteflika that there would be no major changes in Algeria, using a rigged election with limited choices. Bearing in mind the limited choice given to the Algerian population, and the weak turn-out, President-elect Tebboune’s legitimacy is questionable. He will have to disprove those who accuse him of being Boutaflika with a new face. International consensus is not settled on President-elect Tebboune’s legitimacy; President Macron refrained from congratulating Tebboune on his election victory as the new president of Algeria.

Tebboune Supported by the Army

While General Salah is aware of the potential international intervention and instability if he simply installs a replacement for Bouteflika and represses any protestors, he now has a friendly President-elect with a democratic appearance. It is now unlikely that Tebboune will be deposed, as I assess that he has the support of the army. Tebboune is only likely to be deposed in the face of huge protests (which are themselves unlikely), if the army does not support him. Tebboune is likely to be supported by the army, because it was the General Salah that organised these elections. It is also alleged that President-elect Tebboune was the favoured candidate of General Salah. Furthermore, this report assumes that some protestors have been pacified by the show of democracy, which makes growing protests unlikely.

Pre-mortem: What if the Above is Wrong?

If Tebboune is likely to be removed from power, one could expect to observe the following:

However, it seems that President-elect Tebboune certainly has some level of support. He won a very large proportion of the vote, and prior to the election there was even limited pro-election rallies held, though they were smaller than those against the elections. Per the analysis from another Grey Dynamics Intelligence Report, Tebboune has difficult economic conditions with which to contend, and they will likely make or break his presidency.