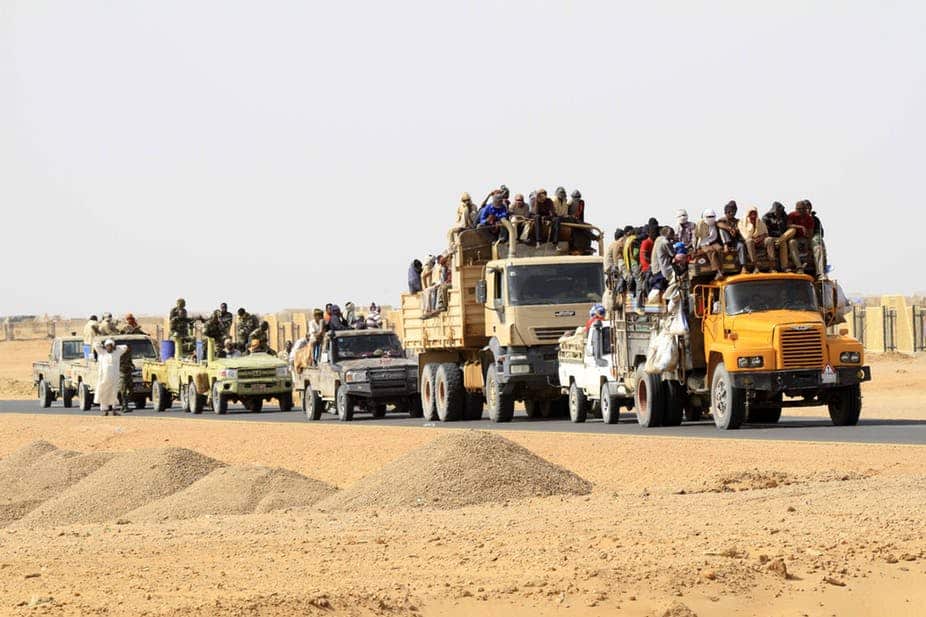 All Roads Lead to Libya

In late February of 2019, Egypt will be hosting the European Union – Arab League summit on the mediterranean migration crisis. The two partners will attempt to deal with the migration problem which has troubled policymakers in Europe, Africa, and the Middle-East for years. What needs to be addressed in the meeting is that the EU’s initiatives have failed, their own funding might help driving the migration business, and the importance of empowering southern Libya.

The routes into Libya from Algeria, Niger, Chad, and Sudan have always been there. They are trade routes connecting Sub-Saharan Africa with the Maghreb. In 2011, with the fall of Gaddafi, the power vacuum allowed the trading routes to largely be controlled by smuggling networks and locals. In addition to the land borders, Libya’s coastline stretches 1,100 miles. Under Gaddafi’s rule, the coastline was largely guarded with the intention to prevent a mediterranean migration crisis in Europe, a task in which the EU paid Gaddafi $500 million for in 2008. Additionally, over a 20-year span, Gaddafi received $5 billion from the EU for the wrongdoing of colonialism, on the condition that he watched his borders. In 2010, Gaddafi asked for $6.3 billion a year from the EU for dealing with migrants, stating that ‘there are millions of Africans who want to come in’, and he was right.

After the eruption of the Second Libyan Civil War in 2014, Europe started seeing what Gaddafi had warned about. In 2015, 1,015,078 migrants arrived in Europe – however, most of which came to Greece escaping the Syrian Civil War. From 2014-2016, migrants arriving in Italy was estimated to 175,000 – 200,000 annually. This number started declining in 2017 when Italy signed a Memorandum of Understanding with the UN-backed government in Tripoli, which was endorsed by the EU the following day. The deal led to a decline to about 120,000 migrants crossing the Mediterranean to Italy in 2017. The measures were funding from the EU to equip and train the Libyan coastguard and allow them to return migrants bound for Italy back to Libya and place them in detention centres, somewhat creating a grid-lock in Libya.

In 2013, the EU established the EU Border Assistance Mission (EUBAM). Headquartered in Tunisia, with an increased presence in Tripoli, to help secure Libya’s borders with a budget at 31 million euros. While the head of the organisation has stated that they are working to ensure migration taking place in a safe way, former employees have, under anonymity, stated that the organisation should be investigated for wasting public funds. A Libyan source linked to the UN went even further and stated that the organisation is ‘totally unacceptable’. Further explaining that they are, first of all, in Tunisia and not in Libya and that nothing has happened on the ground, the only result is a bunch of reports.

The two tribes in southern Libya, the Tebu and the Tuareg, have a history of smuggling due to the lack of economic opportunities in the area. Gaddafi’s way of controlling migration was to allow the tribes to smuggle goods to Algeria, Chad, and Niger, instead of people to Europe, and in return, he would sell them discounted flour or fuel. In the 2011 uprising, official border guards fled from their posts leaving the borders wide open only to be watched by volunteering locals. Yet, the task of overseeing the borders has become impossible for the tribes. The modest support they had from the transitional government was eventually cut off, and today the two southern tribes are largely autonomous. The younger population in the areas have been unable to go to university while resources like fuel and electricity are scarce. Economic opportunities are close to non-existent. Effectively, smuggling has become a career path. The packed Toyota’s approaching the borders are all part of local operations, locals who know where to swerve off the roads to avoid the little control that exists along the southern borders.

The people who witness and live amongst the smuggling in the south believe their people are a part of a chain. What they see is a chain in which the smugglers smuggle migrants across a border to a destination in Libya → Eventually, the migrants will either arrive at their intended destination in Europe, or they will be picked up, placed in a detention centre and sent back → Once they return to nothing, they will attempt again to reach their intended destination. In the cycle, smugglers get paid by migrants, while the institutions dealing with migrants, the maritime border, and detention centres get public and foreign funding to handle the stranded migrants. Other southern Libyans have pointed to the funds Niger received from the EU to stop smugglers in 2015, claiming that Niger curbs the flow of migrants across into Libya for a certain period of time before they leave the border open again – to receive more funding.

A Need to Refocus Efforts

Indeed, all roads lead to Libya. To control the mediterranean migration crisis, you must control these roads. Evidently, the EU can continue to pour money into failed initiatives, into institutions and states on top of the chain which effectively will fuel the chain, or they can assist in empowering a region which is central to the migration chain, that currently has no other alternative but to participate in migration and smuggling. The February talks in Egypt must address these issues for any improvement to seem likely.