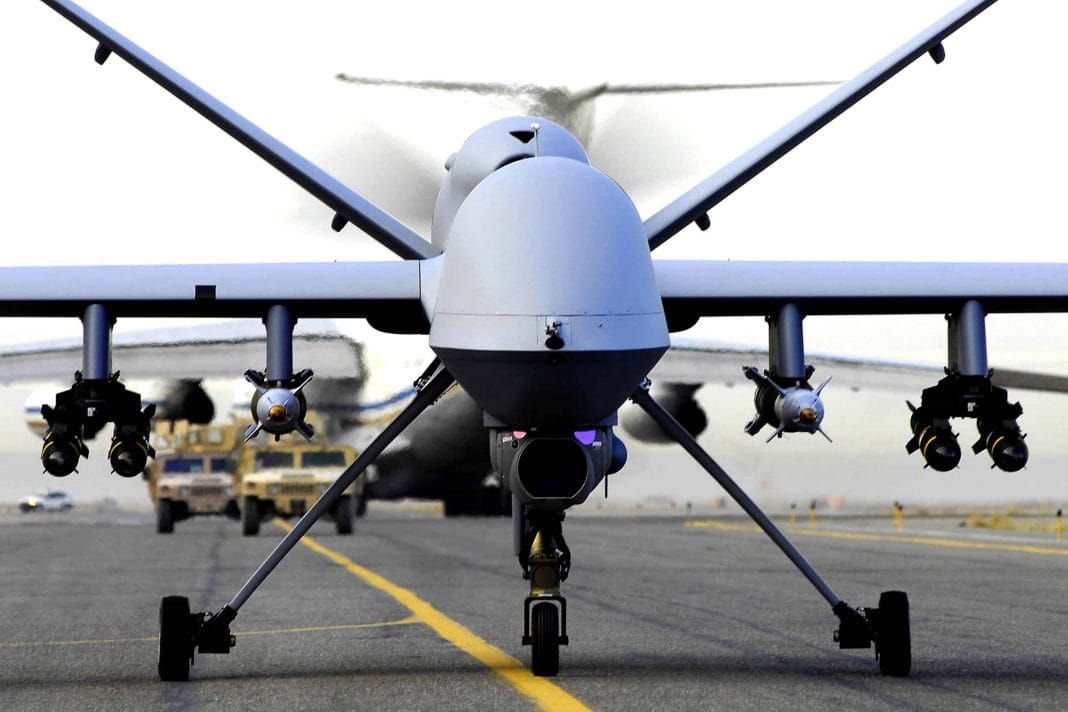 In March 2019, President Trump signed an executive order (EO) revoking the provision that was set up under Obama’s presidency requiring the CIA to report the number of drone strikes and their impact outside war zones. That provision was a policy step towards handing the lead for drone operations over to the Pentagon which is required to report on such operations to Congress. Thus, bringing transparency to the sphere of drone strikes and in turn, increase oversight and accountability. Trump’s action reflects a strategy that embraces the use of armed drones, aided by a policy that will allow them to be used more frequently, and now in secrecy. The impact of this drone-embraced strategy remains to be seen, however, the increased notion of a light footprint and low-cost approach of the military in Northern Africa goes hand-in-hand with this policy.

In 2017, Trump’s policy on the use of force outside of warzones – the Principles, Standards, And Procedures (PSP) replaced Obama’s Presidential Policy Guidance (PPG). The PSP echoes the moral obligation of avoiding civilian casualties and the principle of assessing with ‘near certainty’ that civilians will not be harmed. In terms of targeting suspected terrorists, lethal force could only be used against persons that pose a continuing and imminent threat to US persons. The PSP has disregarded that part, and in effect, lethal force can be used against suspected terrorists – meaning subjective targeting. Lastly, the PPG had a review process in order to ensure the justification and precision of the lethal force. The PSP has disregarded this part and replaced it with country plans – set parameters that commanders on the ground can adhere to.

The PSP further moves more of the collective weight of US drone operations from the Pentagon and the Department of Defence (DOD), as Obama pushed for, back to the CIA. In effect, drone strikes can be authorized by commanders and personnel on the ground without prior review, and target, based on subjective assessments, suspected terrorists. The leniency of the new policy is well demonstrated in Somalia: Over Obama’s 8-year presidency 33 drone strikes were conducted; Over 2 years and 2 months with Trump there has been 104 strikes.

The US has had some drone capability over North Africa for some time from its base in Sigonella, Sicily. From Sigonella, an MQ-9 Reaper could realistically cover all of Libya except for the most south-eastern part of Kufra District. In late 2017, Niger gave DOD permission to fly armed drones out of the capital Niamey after US and Nigerien forces were ambushed by IS in Greater Sahara (ISGS). Meanwhile, a drone base in Agadez dubbed “Air Base 201” began construction, expected to be operative from mid-2019. The Agadez base will also host about 800 US military to train Nigerien security forces as well as operating the drones. From Air Base 201, the US can reach most of the Sahel. In addition to the Agadez base, the CIA has established a drone capability in Dirkou in eastern Niger where they reportedly use MQ-1 Predator drones. Satellite images reveal significant new security measures around the airport while its size has expanded. Additionally, the military have a drone base in N’Djamena in Chad, one in Garua in Cameroon, and one in Chabelley in Djibouti with the capacity to operate over certain areas in the Sahel.

The changes in policy indicate that the mission in the Sahel is transitioning into a drone-centric approach with an expanded CIA role in the region. With the current reach, American drones can conduct missions over most of north and west Africa. Armed CIA-led drones from Dirkou can strike in southern Libya and the Sahel now without public oversight, while military-led drones from Agadez can strike across the Sahel and Lake Chad region with increased authority and less oversight. The French Operation Barkhane, the G5 Sahel Joint Force, and the United Nations mission in Mali (MINUSMA), whose mission it is to stabilize the region, might benefit from the American drone policy in that it will eliminate more jihadists. However, their mission might suffer as well, since drone strikes could just as likely reinforce local grievances rooted in economic and political marginalization that has led to the instability, or even exacerbate it.