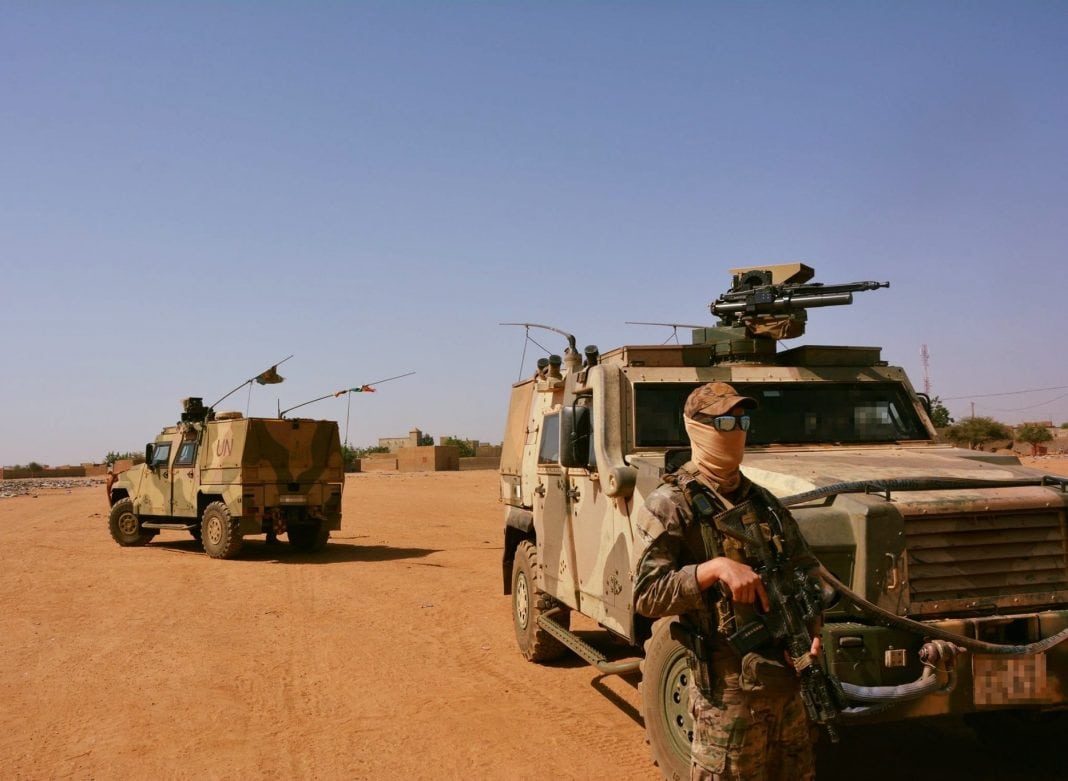 The Irish Army Ranger Wing (ARW) was formally established in March 1980, though the organisation’s roots can be traced back to the 1960s. Irish army strategy underwent significant change throughout the 1960s, with international terrorist attacks highlighting the need for specialised and covert forces.

The rigorous training course, comprised of 18-hour days of intense physical and mental testing, was rolled out and continued throughout the 1970s. These courses, called ‘Ranger Courses’, were taken by only selected elite units within the Irish army. At this time, specialist operations, such as counterterrorism and counterintelligence were not centralised in one force; selected personnel across the Irish Defence Force undertook training so that there were agile and highly trained troops throughout the entire force.

The importance of such specialised forces in Ireland was clear: The Troubles was escalating throughout the mid and late 1970s, with insurgent groups regularly undertaking bombings, kidnappings, and murders. As a result, the Irish Army Ranger Wing was approved by the Department of Defence in 1979. As such, the Army Ranger Wing (Irish: “Sciathán Fianóglach an Airm”) was officially established in March of 1980.

The first instructors of the ARW in the 1980s had trained and served extensively in the decades prior. Many of these instructors had undergone Ranger training throughout the 70s, which largely informed the new ARW syllabus. Ultimately, the first training course ended in 1981, and the ARW began its first counterterrorism operations by the mid-1980s.

From its formation until the late 1990s, the ARW was mainly tasked with assisting in the Troubles, undertaking reconnaissance and counter-terrorism operations in assistance of the Irish Police Force (Garda Síochána).

The ethos of the ARW is to have ‘a high level of preparedness to deal with any requests for operations of a specific nature’ [source]. Although vague, this means that the unit must be ready to deal with a variety of hybrid threats with little notice. For this reason, the ARW is on call 24/7, every day of the year [source].

Whilst the exact operational structure of the ARW itself is classified, it is believed that the force is comprised of smaller units focussed on specialised skills.

Owing to the nature of the unit’s mission, their training protocols are intense and all-encompassing. The modern ARW selection and training course is incredibly rigorous. However, the ARW Special Operations Force Qualification (SOFQ) is open to all active members across the entire Irish Defence forces. The training runs for over 36 weeks, aimed to test all manner of physical and mental abilities [source]. As a result of such lengthy and challenging selection, attrition rates into the force are incredibly high – reports suggest only 2 new recruits completed the entire training course in 2019 [source]. The entire force is estimated to be around 150 personnel total [source].

Owing to their historic training regimes, ARW troops must be equipped in many methods of unconventional warfare, including:

Aside from the initial training, ARW troops undergo significant amounts of ongoing training. This includes specialist training courses, as well as joint drills with other forces from Irish Defence [source].

The ARW, in addition to Irish Army standard issue equipment, are known to use the following weaponry:

The unit completes multiple functions for the Irish Defence Forces domestically [source]. On an everyday basis, the ARW’s responsibilities include [source]:

However, the ARW has also been called to action for several high-profile international missions:

The ARW, alongside multiple international Special Forces Units, deployed to Chad in 2008. This deployment was under the UN Peacekeeping mission MINURCAT.  This mission was aimed at long-range reconnaissance in hostile territory. Whilst the ARW undertook specialist monitoring to assist with Irish Intelligence in the region, the ARW also supported conventional Irish forces in the area. This includes transporting essential supplies across hostile territories and assisting with the extraction of wounded personnel [source]. Ultimately, the ARW withdrew from Chad and the CAR in 2010.

In June of 2019, troops from the Army Ranger Wing were sent to Mali as part of the UN Peacekeeping mission MINUSMA [source]. MINUSMA is widely considered to be the UN’s most challenging and dangerous mission due to high casualty rates [source]. As of 2022, Irish Defence Forces are considering extracting the ARW from Mali and deploying the force into the Sahel Region. Reporting suggests that no final decision has been made on this movement, but is due to be made during the year [source].

Following the fall of Kabul in August 2021, twelve members of the ARW were deployed to Afghanistan to assist in the evacuation of Irish citizens from the country [source]. The ARW were able to assist with the successful extraction of 26 Irish citizens from Kabul airport [source]. Despite multiple bombings surrounding the airport, Irish forces and civilians sustained no casualties.

The Army Ranger Wing is an elite force with a rich history of unconventional warfare. The ARW is therefore instrumental to Irish domestic and international security.