Burkina Faso: Falling into a swamp of blood 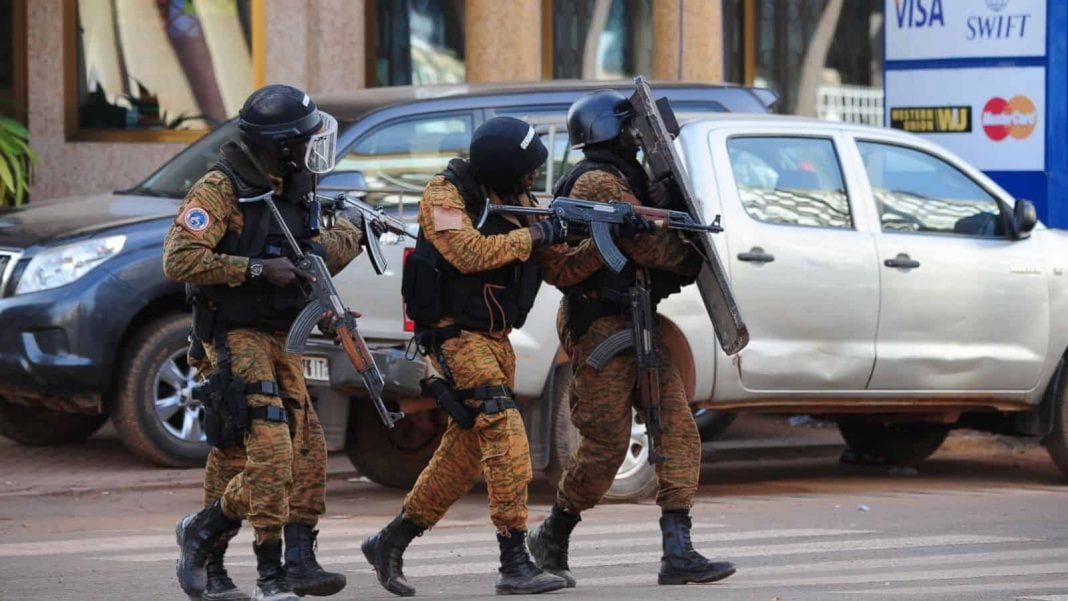 One of the poorest countries in the world, Burkina Faso is battling an escalating wave of attacks over the last three years. This began in the north, near the border with Mali, and has spread rapidly to the eastern regions. The five Sahel states of Mauritania, Burkina Faso, Chad, Mali, and Niger have been dealing with insurgent violence, lawlessness, and terror attacks since Libya’s political collapse in 2011 and an uprising in northern Mali in 2012. In Burkina Faso, most attacks are attributed to the local jihadist group Ansar ul Islam, which emerged near the Mali border in December 2016, and to the Support Group for Islam and Muslims (JNIM), which has sworn allegiance to Al-Qaeda in the Islamic Maghreb (AQIM). A new unknown group in the east is allegedly responsible for numerous attacks over the last year. The death toll is now more than 300 since 2015, targeting both security forces and civilians.

A country out of control

The attacks in Burkina Faso have become more frequent and lethal despite the efforts of local and international security efforts. Overall, the number of attacks in late 2018 grew each month. In a January ICG report it says, “for the first time since independence, Burkinabé state authorities have lost control of parts of the country”. The diffuse border with Mali since 2012 has escalated the security threat as Jihadi groups are attempting to increase their influence across the Sahel region just south of the Sahara Desert. In Geneva, a spokesperson for the UN Office for the Coordination of Humanitarian Affairs (OCHA), Jens Laerke, described a rise in intercommunal clashes since the second half of 2018. These clashes involve communities facing off with armed groups and government forces attacking civilians.

Reasons for rapid deterioration insecurity have been attributed to the dismantling of the security and intelligence apparatus after the removal of President Blaise Compaoré in 2014. Compaoré’s regime also made deals with armed groups, allegedly providing them with logistical support in exchange for their neutrality. As more groups formed, Compaoré applied more military force. In a statement, JNIM referred to those past good relations. It said the previous Burkinabé government’s position of non-interference meant it avoided “falling into a swamp of blood”.

To little, too late?

Since 1 January, as a result of the escalating violence, a state of emergency has been declared in 14 out of 45 provinces, imposing curfews and giving additional powers to security forces, including the power to search homes at any time of the day or night. President Roch Marc Christian Kabore also replaced the Chief of the General Staff of the Armed Forces, and the Defence and Security Ministers.

Nevertheless, the Burkina Faso attacks in February continued to rise. In a single attack in the north on 3-4 Feb, JNIM killed 14 civilians. On 5 Feb, JNIM killed five army officers in the Sahel. Unidentified assailants killed a Spanish priest and four customs agents near the border with Togo on 15 Feb. The government responded with air raids on 4 Feb, killing 146 suspected militants in Louroum and Yatenga provinces, and 29 in the East region on 19-20 Feb. However, of the 146 alleged militants killed in the 4 Feb assault, at least 60 were allegedly civilians and victims of a “summary execution”, according to local witnesses and Human Rights Watch. OCHA says the number of displaced persons in the country reached 110,000 in Feb – nine times more than in Feb 2018 – and 1,025 schools were closed due to a jihadist intimidation campaign.

“This threat is gaining ground”

The security situation is declining at such a rapid rate that some sources say by the end of the year as much as half of the country will be considered “red zones” and within two years the capital will be surrounded by militants. In February at the Munich Security Conference, Foreign Minister Alpha Barry said incidents of violence had now spread to the country’s southern border with the coastal West African countries of Togo, Benin, Ivory Coast, and Ghana. Barry said, “this threat is gaining ground,” and “it’s no longer just the Sahel, it’s coastal West Africa and the risk is spreading regionally.”

The attacks also represent an alarming escalation for Burkina Faso in terms of organisation and lethality of armaments. Attacks using improvised explosive devices (IEDs) began in Aug 2018 and have claimed more than 60 lives, according to a count compiled by AFP. The government has accelerated coordination with their regional counterparts by forming the G5 Sahel Joint Force. Also, it has pursued bilateral cooperation with France on the Barkhane Operation and recently confirmed a partnership with the District of Columbia’s National Guard. But will this response be sufficient? Not enough seems to be known of the groups themselves, their objectives, and why now have they established roots and momentum in the country?