China and Japan compete over business expansion in Ivory Coast 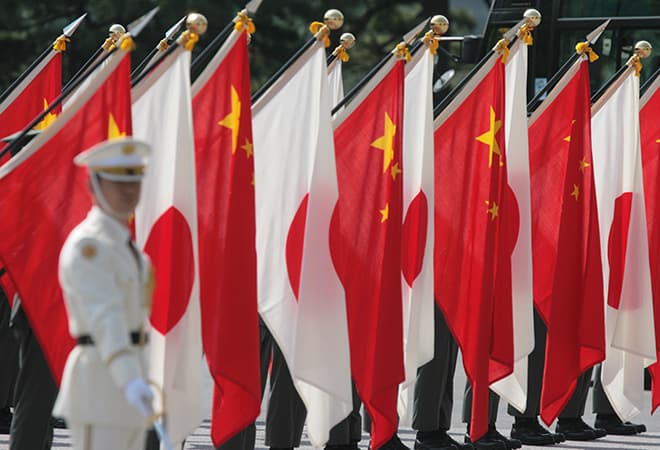 Ivory Coast represents a regional hub for business and trade, with a fast-growing economy. Both China and Japan seek to expand their economic and political influence in Ivory Coast while France is losing ground in its former colony. Ivory Coast enjoys a variety of investors, meaning that competition is high. China’s projects in the West African country do not include local personnel. Ivory Coast risks becoming dependent on China’s billions-worth of investments.

Located on the West African coast, Ivory Coast represents a regional business hub which attracts numerous foreign investors. Being one of the most prosperous economies in the region, the country relies heavily on trade partnerships, newly discovered oil resources and cigarette trade. The popularity of Ivory Coast is not due only to its economic potential, but also to its traditional relationship with France. Former French colony, the country used to be a major hub for French businesses in the area, supporting the cargo traffic in the Gulf of Guinea.

On August 28, 2019, the seventh conference on African development held in Tokyo (TICAD 7) hosted Ivorian Prime minister Amadou Gon Coulibaly. Prime Minister Shinzo Abe announced that the Government of Japan will enhance its efforts so that Japanese private investment in Africa, which was worth 20 billion US dollars over the past three years, will further increase. The two countries signed an agreement aimed at facilitating the economic cooperation.

In the last few years, Ivory Coast has maintained a relatively high economic growth rate compared to its African neighbours. Moreover, the country is recognised as the main regional logistical hub in West Africa. Japanese companies are becoming increasingly interested in investing in Ivory Coast. They perceive the country as a profitable location, given its reputation of a base of the West African market.

Japan is not the only Asian country interested in expanding in Ivory Coast. Although the competitiveness on the business market in the region is high, China is taking new steps for fulfilling its economic and political interests. For this reason, investment in Ivory Coast is highly expected to further expand.

The agreement signed between Japan and Ivory Coast encourages further liberalization of the market, promotion and protection of investment between the contracting parties, as well as benefits for the investors (the Japanese companies). Among other provisions, the agreement stipulates freedom of transfers. This indicates that Ivory Coast could benefit from the Japanese technology, being able to adopt it for further use.

China is often criticised for its unfair trade practices which do not allow host nations to adopt the Chinese technology. The huge infrastructure projects China builds across Africa use Chinese personnel only. This means that local communities do not meet new employment opportunities, their government becomes indebted to China for an unknown period, and their natural resources are heavily being exploited.

Japan’s initiative to expand its automobile industry in Ivory Coast as well as making further investments in the business sector could be perceived as a reaction to China’s strong foothold in Africa. The two countries have a long history of regional competition and they both seek to maximize their soft power. However, China’s economic and military relationships with most of the African countries overtake the Japanese investments.

Although Japan signed an economic agreement with the West African prosperous country, the Asian technological hub does not have the capacity to follow China’s steps in Africa. With far more limited resources and a decreasing economic performance rate, Japan’s business expansion qualitative rather than quantitative. More precise, the Nippon government chooses a very limited number of countries where the economic potential is promising. For the other African countries, China is most of the times the only power willing to invest.

China advances its interest in the Gulf of Guinea

In 2018, the Ivorian President Alassane Ouattara was invited in Beijing to meet Chinese President Xi Jinping for talks aimed at consolidating the partnership between the two countries. Xi welcomed Ouattara to the FOCAC summit, while emphasizing that his country will contribute to the betterment of a strong business community between China and Africa. The giant economy is expected to push forward the development of their comprehensive strategic cooperative partnership, as well as unity and cooperation among developing countries.

China and Ivory Coast established diplomatic relations 35 years ago. The two have enjoyed long-term cooperation. During the summit, the Chinese President praised Ivory Coast’s support for the one-China principle. The Chinese Communist Party often uses its economic leverage to determine African countries to support China diplomatically in its policies towards Taiwan. This is significant as many of the international law-related decisions are taken within the General Assembly of the UN, where each state has the right to vote.

Jinping also called for Ivory Coast to enhance its participation in the Belt and Road Initiative, an economic strategy that will boost China’s political influence across Asia, the Middle East and Africa. He ensured his counterpart that China will contribute to the West Africa’s regional stability by contributing to the fight against radicalism.

Yet compared to the partnerships China has with African countries such as Ghana, Nigeria, Ethiopia or Kenya, the relations between China and Ivory Coast are still limited. This could be due to the fact that the West African country already benefits from many foreign investors, such as the US, France and Germany.

The latest major investment China made in Ivory Coast is the construction of a second terminal for the Abidjan port. It is expected to host large exporting ships, competing with the ports of Tangier and Durban. The port already accounts for 90% of Ivory Coast’s exterior commercial exchanges. The modernisation process began in 2012. The second terminal is expected to become operational in 2020.