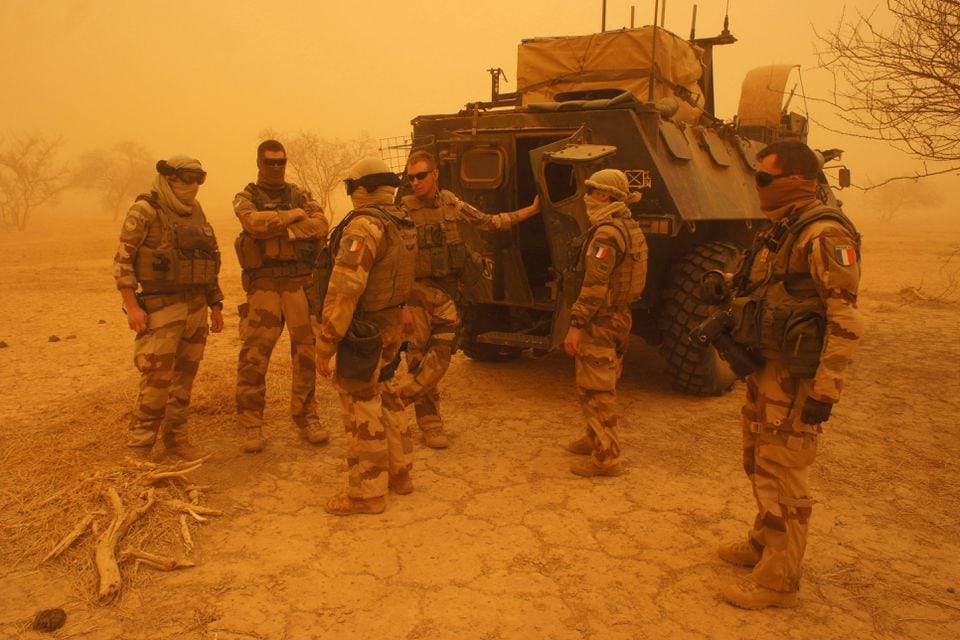 Climate change poses a drastic rebalancing of geopolitics, ushering in an era of “climate security”. The output of greenhouse gasses, mainly carbon dioxide (CO2), into the atmosphere has increased dramatically since the Industrial Revolution through energy production, land use, and transportation mechanisms. These gasses trap the sun’s heat in the atmosphere, and this in turn has caused the planet to grow warmer.

Data from the NOAA shows that the top five warmest years have all occurred within the 2010s. Subsequently, between a range of .83 Celsius to .99 Celsius over the normal temperature in those years. (Source) While this brings consequences in the form of environmental collapse, those consequences will transmute into threats to international security. Aggravating factors already present in the world, such as famine, migration, and political instability will support this.

Lack of food, historically, has caused major migration. The Irish potato famine brought waves of Irish immigrants to America, where some quickly filled the boots of Union soldiers in the American Civil War. However, mass migration in the modern setting has changed contexts from acceptance to fear. Most experts say that famines of the 20th and 21st centuries have been more in part to human error and cause than natural disasters. That paradigm may soon shift.

Famine caused by climate change could be forecasted as a precursor to political violence. The French Revolution is a poignant example. Low grain harvests and high food prices are arguably driving factor of public anger and political subversion. The “Flour Wars”: a time of instability for the aforementioned reasons, plagued France in the time leading up to 1792. (source)

The Arab Spring was in part caused due to food insecurity. (source) In 2011, food prices were sky high in the Middle East, and the majority of the food was imported to the region. Combined with other social, economic, and political tension, hunger has shown to be destructive.

Rising temperatures have been threatening harvests worldwide. Combined with factors like ethnic tensions, and existing economic and social disparity, climate change-driven crop losses could be a large dynamic in future geopolitical scenarios.

Rising temperatures have caused droughts throughout the entirety of the world. (Source) 2.2 billion people on earth still require access to clean drinking water. (Source) As scarcity grows, so does tension.

Ethiopia began construction of the Grand Ethiopian Renaissance Dam in 2011 on the Blue Nile River. Its construction has been rife with controversy and outrage from downstream nations, particularly Egypt. Sudan and Egypt both fear reprisals in water shortages and agricultural production if the Dam is to be completed. (Source)

Tensions boiled in 2021 as the dam’s reservoir was set to be filled. Egypt subsequently initiated military drills. (Source) Sudan’s Lt-Gen Abdel Fattah al-Burhan, leader of the October 2021 coup, spoke of a “water war” with great loss of life and suffering on both sides. (Source)

Central Asian nations face rising forecasted temperatures. (source) Ferghana Valley, stretching through Kyrgyzstan, Tajikistan, and Uzbekistan, has seen fighting over water resources now that it is drying up. (Source) The valley is subsequently fed by the Tian Shen glacial ice melts. Research has concluded that Tian Shen lost over 20% of its mass in the last 20 years to rising temperatures. (Source) Tian Shen also feeds water into the Xinjiang region of China, a region with major ethnic tensions.

As fast as the water drying up due to temperatures, geopolitical tensions have flared. Water will most likely continue to be a driver of conflict, displacement, and regional tensions if conditions worsen.

The world’s militaries will face new challenges as these conditions precipitate. The International Military and Climate Security Council expect soldiers to fill the de-facto role of first responders as catastrophes and mass migrations occur across the globe, brought on by climate change. (source) Their annual report also forecasted that military infrastructure like bases, vehicles, and supply chains will be negatively affected in the coming years.

In April of 2021, the US Department of Defense released its Climate Assessment Tool to all agencies under their command. The tool looks at satellite imagery and other data to compare climate change-associated damage and risks to DoD installations. This act could be signalling an advancement in resource and knowledge sharing around climate change in the defence industry and coincidentally compliments the US Army’s C-STORM-M project. In tandem with Microsoft, (source) the army released C-STORM to predict and analyze rising sea levels brought on by climate change. C-STORM uses AI to run thousands of CPU hours worth of simulations on any coastline worldwide. (Source)

These sorts of tools are most likely the beginning of a new doctrinal change to approaching climate change and its associated risks. These climate-driven risks are tense social situations and direct conflict, force and infrastructure degradation, and overall military preparedness. Militaries, like the US, are taking rapid advances in forecasting technology.

Climate-change-driven challenges like migration, starvation/famine, and overall regional stability will most likely exacerbate in the coming decades. Examples of these threats already transpiring are evident across the world. It is also evident that nations are adapting technology and doctrine to meet these challenges head-on.