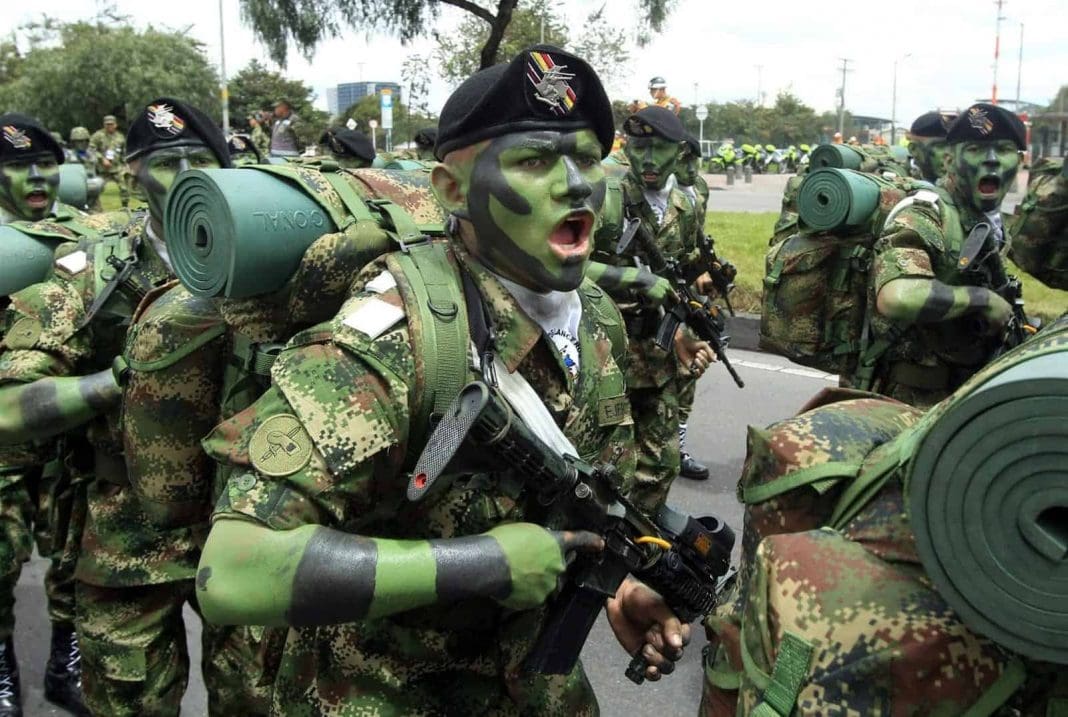 At least 220,000 lives were lost and over 7 million people were displaced in Colombia’s civil conflict. Colombia’s peace agreement in 2016 held much promise for reconciliation. However, crime, armed non-state groups, and a repressive reaction by the state security forces are again on the rise. President Iván Duque, who assumed office last August, campaigned against the peace deal thinking it was too lenient on the rebels. He replaced the country’s top army leadership in December who represented a more hardline stance against alleged subversives. The result was a return to the dark past.

A report in May by The New York Times, almost three years after the signing of the peace agreement found the following:

However, on the 29thof May, the peace deal was backed up by a panel of judges with the establishment of a special peace tribunal stipulated in the terms of the agreement without limiting its scope or demanding harsher sentences as Duque had demanded. This tribunal is intended to emphasize reconciliation for crimes committed against civilians rather than punishment for combat-related offences.

The tenuous peace continues as Colombia’s military remains under investigation for illegal killings, known as “false positives”, where it came to light that it killed and falsely reported civilians as “combat kills” to raise body counts. According to Colombia’s prosecutor’s office, the military committed at least at least 2,248 extrajudicial killings in the period between 1988 and 2014. However, a study called Blind Obedience in Fictitious Battlefields, co-authored by a former police colonel, alleges the number reaches approximately 10,000 civilians between only 2002 and 2010. Victims were mostly young men who worked as farmers or informal labourers in urban peripheries who when dead were sometimes dressed in fatigues in order for armed forces to meet their quota. The former president and Nobel Peace Prize winner Juan Manuel Santos served as defense minister from 2006 until 2009 at the peak of the scandal.

This dark moment in history was revisited this year when The New York Times reported  that in early 2019, according to army whistleblowers, military soldiers were ordered to “double the number of criminals they kill, capture or force to surrender”. The report was substantiated by UN High Commissioner for Human Rights Michelle Bachelet who said Colombia’s security forces continue to present murdered civilians as members of illegal armed groups killed in combat.

Katherine Miranda, a lawmaker from the Green Alliance party, told the New York Times that this “clearly showed that we have fallen into policies which have incentivized extrajudicial executions.” Major Gen. Nicacio Martínez Espinel, the top commander of Colombia’s army, acknowledged issuing the new orders. Shortly after the report by the NYT the military claimed it would change the official form setting quotas for the number of criminal or armed group members killed or would withdraw it entirely. The now Senator Alvaro Uribe and president during the original ‘false positives’ said, “they should tell the United Nations that they ought to show respect, that this is a decent government.”

The inadequacies of the Colombian government to guarantee security and protection following the peace agreement has now reached a high. In 2018, murders rose 3% and a wave of lethal attacks against community leaders and activists reached 252, up from 191 a year earlier. Although the military has said it has rescinded the orders for quotas, instructions for officers remain to not to “demand perfection” from sources, saying attacks on military targets should be launched when there is a “60-70% credibility”. On 24 May, President Duque said he had named an independent commission to review the orders to make sure they did not violate international human rights law. Defense Minister Guillermo Botero is set to face a congressional vote of no confidence, in part related to the military orders.