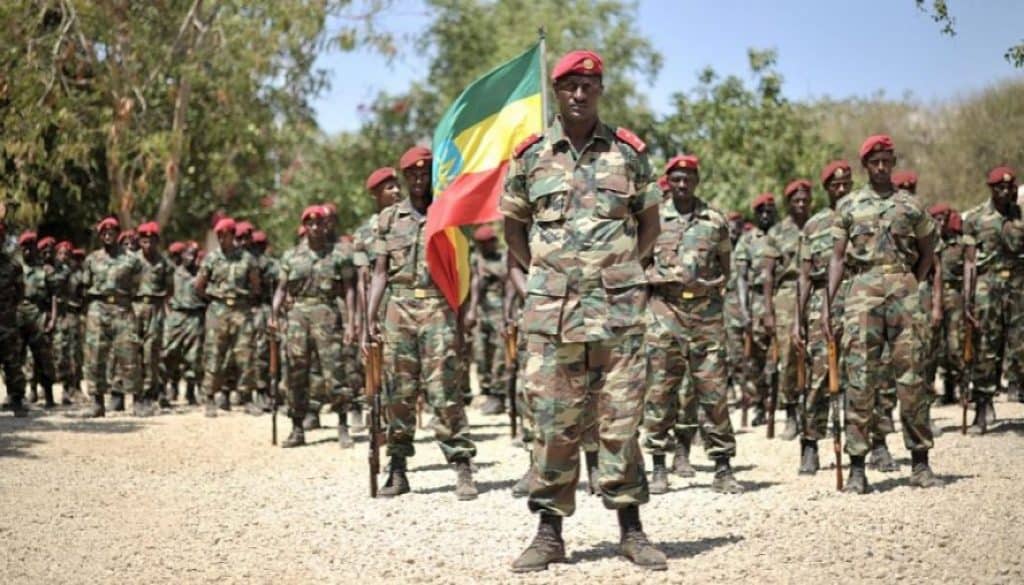 The coup attempt on 22 June 2019 against the President Abiy of Ethiopia was yet another threat to his government and reformist agenda. Since his election in 2018, Abiy signalled that he wishes to end the decades of repressive regimes by releasing political prisoners, removing bans on political parties, and prosecute officials accused of abuses.

The coup attempt represents the strong opposition of the military and the security apparatus to these reforms and rising ethnic divisions in the country. Last year, Abiy survived an assassination attempt that killed two and left more than 100 injured after a grenade attack during a political rally.

The chief of staff of the Ethiopian Army and at least three other senior officials were killed in different parts of the country in the coup attempt on 22 June 2019 in Ethiopia. A militia that recently formed a unit of the region’s security services and other assailants launched a coordinated attack in Amhara’s regional capital of Bahir Dar and the national capital of Addis Ababa.

Amhara’s governor, Ambachew Mekonnen, an ally of Abiy, and one of his advisors were shot dead when militia members burst into their office. Ambachew was holding a meeting to discuss how to detain the recruitment of ethnic Amhara militias by General Asamnew, Ahmara’s security chief, one official told Reuters.  Several hours after the attack in Bahir Dar, Ethiopia’s military chief of staff, General Seare Mekonnen, and a retired officer was shot dead by a bodyguard in Addis Ababa.

General Asaminew, is suspected of being the intellectual author behind the coup and was killed the following day in a firefight with the military. Asaminew was serving as the regional government’s Peace and Security Bureau head. He had just received amnesty last year for his involvement in another coup 9 years ago. In a video shared on social media a week earlier, Asamnew called for the Amhara people to arm themselves and prepare to battle other groups.

In a statement on 27 June, the government’s Security and Justice Taskforce said, “destructive forces have ignored the government’s mercy and kindness to commit an act of treason.” In a suspected related incident, more than 50 people and 23 were injured in an attack by men in camouflage fatigues in the Metakal zone of the Benishangul-Gumuz region on 24 June.

A larger plan at play

The government pledged that the act of “treason” would not interfere with democratic reforms as it continues to hunt for suspects. As of 29 June 2019, it was reported that over 250 people had been arrested following the attempted coup in Ethiopia. The government claims to have discovered documents that support the theory that the “attacks were part of a larger plan.”

The origins and the goal of the coup attempt are still being debated as all details are still unavailable. Some believe that it was in response to the growing discontent and the perceived marginalization by ethnic groups. Asamnew, a staunch Amhara nationalist, promised to protect the Amhara people and was accused of training militias and police forces to attack neighbouring states and the federal government.

Another theory is that hardline individuals from the security apparatus and other powerful business interests want to deter Abiy’s reforms and his pursuit of corrupt officials. The demonstrations that unseated former Prime Minister Hailemariam were rooted in the peoples’ outrage over corruption and repression, and Abiy has followed through on his promises to prosecute officials for their crimes. This has won him some powerful enemies within elite circles. Abiy recognized this fact during a televised press conference and said the failed coup was not “committed by any ethnic group but by ill-motivated individuals.”

The depths of a political crisis

Following the coup attempt in Ethiopia, Abiy called on “all Ethiopians, both armed and not armed” to stand with the government and provide information to “defend the unity of our country.” However, the unity of the country is more than ever in a precarious situation. Powerful forces with vested interests in taking advantage of the ethnic divide are organizing and pose a significant threat to stability in Ethiopia.

International Crisis Group (ICG) analyst William Davison told Al Jazeera that “these tragic incidents, unfortunately, demonstrate the depth of Ethiopia’s political crisis”.”It is now critical that actors across the country do not worsen the instability by reacting violently or trying to exploit this unfolding situation for their own political ends,” he said. With a looming national election scheduled for 2020, Abiy has a difficult decision at hand; whether to forge ahead with reforms and strengthen democratic institutions or to fall back to Ethiopia’s authoritarian past.