Cryptography: Cryptowars During the Cold War 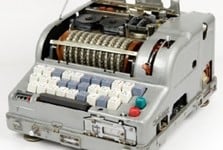 Cryptography is the practice of communicating securely between two parties. Cryptographers used techniques to ensure only the sender and intended recipient can process and read the content.

Cryptography methods form the basis of modern cryptography in the computer age. Therefore, it is important to understand the origins of this technology.

Cryptography machines such as the Enigma used variants of the following process:

Generally, senders would change the settings on the encryption machine daily. The information as to the setting of the sender’s encryption settings was sent to the receiver separately via a trusted messenger by hand, to ensure only they would have the key to unlock the messages. This was both lengthy in terms of getting the message to the intended recipient and was open to issues with human error.

During WW2, Britain focused on cryptoanalysis and had large resources and numbers of personnel dedicated to decoding adversaries’ encrypted messages. However, during the final years of WW2 and the start of the Cold War, GCHQ (then GC&CS) shifted its focus towards the development of newer, more secure communication technologies.

US and British Developments

During the Cold War, the UK developed their existing cryptography and cryptoanalysis capabilities significantly. Between 1947 and 1970, Britain introduced four advanced cryptography machines: Typex, Rockex, Noreen and Alvis. Methods developed during WW2 largely built the development of these new cipher machines. The use of more rotors increased their complexity. In this way, cryptoanalysis of any intercepted messages was far more challenging.

In particular, British Embassies and government officials used the Rockex machine, and its successor Rockex II, from 1943 well into the 1970s. The UK Intelligence requested to develop Rockex. The Rockex machine built on existing technology of its predecessor, the Telekryton. It was to be much smaller and easier to use than previous machines. Similarly, it allowed for longer and more secure messaging.

Rockex I and Rockex II did have some security weaknesses which were resolved in later versions (IV and V). As a result, in 1955, NATO approved latter versions of Rockex for use for COSMIC secret traffic, indicating the level of security the machine offered.

The Soviet Union developed the Fialka machine in the final years of WW2 and introduced the Fialka into widespread Intelligence use in 1956. The Fialka was a great step forward for Soviet cryptography, however was based on existing technology.

The Fialka machine was far more complicated than the machines used by Soviet forces in WW2 as it had ten rotating wheels rather than previous models’ three or four. This meant that intercepted messages would be far more challenging and time-consuming to decode.

Ciphers created by the Fialka machine were almost impossible to decipher by manual means. Military historian Stephen Budiansky has argued that these ciphers have only been broken through human error, rather than a security deficiency with the machine.

“The significant breaks that both [the United States] and the Soviets made throughout the Cold War in each other’s systems came either through ‘direct’ means,” such as stealing key lists of codes, “or blunders in procedures that gave away crucial details about the internal scrambling patterns of the coding systems.” –

The Fialka was significant in terms of communications technology as it allowed for more secure communication. It also only required one operator rather than previous models which have required two.

The rising tensions caused by the Cold War meant that both Soviet forces, as well as the US and its allies, saw a need to develop their cryptography systems. Both the examples of the Rockex machine and the Fialka machine show that developed quickly and significantly during this period and developments during this period formed the basis of modern computer-age encryption methods.