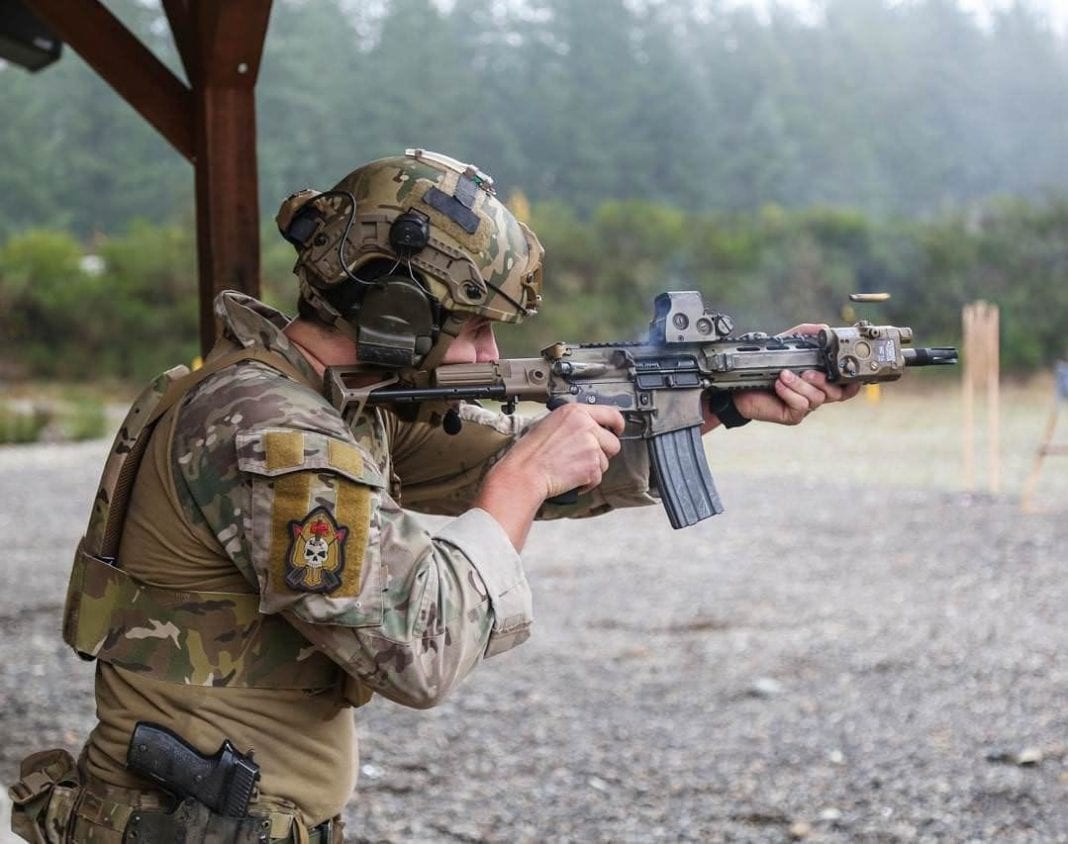 On the 1st of February 2006, the Canadian Army established the Canadian Special Operations Regiment. However, it traces its roots to the First Special Service Force (FSSF). The FSSF, created in 1942, was an American-Canadian special forces unit. It was also known as the “Devil’s Brigade” because of its ability to raid during the night the Nazi forces at the Anzio beachhead.

Straight after its establishment, the recruitment took place and 175 candidates registered for the first CSOR selection course. At the end of the course, on the 13th of August 2006, the Canadian Forces Base Petawawa, in Ottawa, hosted the official stand-up ceremony for CSOR.

The first commanding officer of CSOR was Lieutenant Colonel Jamie Hammond. Since its creation, the unit went to hot spots such as Afghanistan, Libya, and Mali, due to its operations skills and abilities. This highly-trained unit focuses on reconnaissance, support of other elite units, rescue, direct action, and training of foreign special forces.

The Canadian Special Operations Regiment has between 700 and 800 personnel and the average age is around 30.

The selection process is open to both male and female individuals. In 2006, the first enlisted woman completed the whole process and became a badged operator. However, the individuals need prior military experience, in order to apply.

High levels of motivation and physical fitness are required to complete the CSOR Assessment Centre, which is a crucial phase of the selection.

Personnel can join as either Special Forces Operator or Special Operations Supporter. In the first case, the individuals are specialists directly employed in the tactical aspects of the missions. In the latter, the role consists of support personnel to the staff officer and other positions within the unit.

CSOR is a Tier 2 Unit, even though it is considered the “sister” of the JTF2, which is Tier 1. CSOR’s role is to support the Tier 1 units, especially during the operations.

The main goal of the CSOR is to execute missions abroad or in Canada on behalf of the Canadian government.

They have to perform these tasks by being able to:

The process to become a member of the Canadian Special Operations Regiment is long and tough. The training that the recruits have to go through is highly selective and rigorous. In 2006, for the first selection course, 300 soldiers applied, 175 were selected and only 125 completed the training.

The general requirements for the candidates are:

The CSOR PFT for Special Forces Operator candidates consists of:

The PFT for Special Operations Supporter is different since the number of skills and the amount of knowledge required is less than the one for a Special Forces Operator. It consists of:

Those who complete the whole selection process and training receive the regiment’s tan beret and join either the Special Forces Company, one of the three Direct Action Companies, or the Support Company.

The Canadian Special Operations Regiment badge consists of a V-42 stiletto, which was the fighting knife of the FSSF and represents a link to the FSSF and the CANSOFCOM.

The golden wings signify swiftness, which symbolises the unit’s readiness to be deployed abroad or in Canada. The laurel wreath represents the knowledge of the unit and the willingness of the operators to be educators as well.

The motto of the CSOR is “Audeamus”, which means “Let us dare”, referencing the ability of the unit to face any kind of challenge.

In 2008, the CSOR was sent to Jamaica to train the Jamaica Defence Force. The training consisted of shooting, tactics, basic military skills, assistance in first aid, and close quarter battle.

Since 2011, the CSOR took part in Exercise Flintlock. In that year, 14 soldiers of the CSOR trained members of Mali’s military in Senegal.

In 2016, more than a hundred personnel went to Senegal in February to train on counter-terrorism skills members of the Niger’s Army. Their training focused on how to work together and new tactics.

In 2013 the CSOR attended an international special forces competition in Jordan and reached third place, after the Chinese Snow Leopard Commando unit and a Chinese Special Police team. The competition focused on the counter-terrorism skills of military and law enforcement units. The competition, which hosted 35 units from 18 countries, consisted of shooting exercises, aircraft assault, handling casualties, and building entry.

The Canadian Special Operations Regiment was present in Afghanistan from 2006 to 2014, supporting Canada’s mission. CSOR was mainly responsible for training the local forces, including the Afghan Provincial Response Company (PRC). On the other hand, on some occasions, CSOR took part in battles against the insurgents. One of these battles took place in May 2011.

The morning of the 7th of May 2011 seemed just like any other day. The CSOR, located in Base Graceland, Kandahar City, was getting ready for the day. It all changed afternoon when the first bullets were heard. The Taliban were attacking three different locations in Kandahar City and were positioning bombs around the building where they were hiding. With the intervention of the PRC, the CSOR decided to go with them to provide support.

The insurgents managed to hide into a three-storey building and for hours they kept their position, making it hard for the CSOR and the PRC to attack them. After many attempts by Sergeant Sebastian, Captain Dave, the CSOR’s Captain, called in the Joint Task Force 2 (JTF-2). At first light, on the 8th of May 2011, the CSOR and JTF-2, with a combined attack, managed to defeat the insurgents, securing the objective. For their role in this battle, Captain Dave and Sergeant Sebastian received the Star of Military Valour.

While in Afghanistan, on the 24th of June 2011, the regiment lost its first member, Master-Corporal Francis Roy. He died in Kandahar Province in a non-combat accident.

Since 2014, the CSOR is also involved in Iraq. The Canadian contribution to the fight against the Islamic State is called Operation Impact. Op Impact is part of a bigger US-led mission, called Operation Inherent Resolve. The role of CSOR consists of training and supporting the Iraqi Security Forces (ISF) and the Kurdish Peshmerga. Their support consists of training in combat skills, such as sniper and mortar training, in the medical field, and in advanced tactical battlefield skills. The unit, while in Iraq, takes also part in intelligence gathering and planning.

In 2015, Sergeant Andrew Joseph Doiron was killed by friendly fire. His death marked the first Canadian casualty in Iraq.

Last year, in 2021, the Canadian Special Operations Regiment was sent once again to Afghanistan to evacuate the staff in the Canadian embassy in Kabul and destroy anything sensitive.

Since January 2022, Canadian special forces among which the CSOR were deployed to Ukraine due to the rising tensions between Russia and NATO. Other than supporting Ukraine’s Security Forces, the CSOR has the task of developing evacuation plans for Canadian diplomatic personnel in case of a Russian invasion.