Cuba´s Expansionism in the Horn of Africa 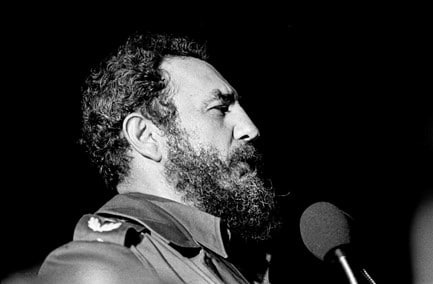 Cuba´s expansionism in Algeria, Guinea-Bissau or Zanzibar are examples of Cuban influence in Africa supporting domestic and anti-colonial insurgencies. Cuban intervention in Ethiopia, on the other hand, is an indicator of Cuban expansionism as a foreign policy objective. The Angolan conflict erupted in 1975, while simultaneously Cuban-Ethiopian relationship strengthened in 1976. This likely places Castro’s regime as a regional super-power instead of a Soviet proxy or as an export of revolutionary capabilities.

While Cuba was not a direct proxy, Castro likely depended on Soviet capabilities to obtain significant results in Africa and particularly in Ethiopia. Cuban expansionism, partly to achieve insulation from US influence, likely needed to serve as front-line reinforcements to be seen as a capable force not under the complete umbrella of the USSR. The presence of Cuban personnel in Ethiopia until 1988 was highly likely due to geopolitical concerns rather than ideological worries of an incomplete ‘revolution’.

Cuban expansionism highly likely pushed ethno-national conflicts in Africa and particularly in the Horn of Africa. Ethnic Somalis residing in the Ogaden, together with official and lawful control by Ethiopia of the region, made the conflict to be driven domestically in its majority. Cuba used military intervention to compete against the West on an international stage. In contrast with Angola, efforts of gaining influence cannot be portrayed as a struggle for de-colonisation and oppression.

In 1972, Somali president Siad Barré traveled to the USSR and North Korea and prepared Somali forces towards a potential annexation of the Ogaden. Cuban military officers would allegedly train Somali soldiers in facilities provided by North Korea. By 1976, 2,500 Soviet personnel and 650 Cuban personnel resided in Somalia.

Cuban expansionism likely resided in the highest likelihood of revolutionary success in a country. In a transcript from a cable between GDR-head Eric Hockener and Fidel Castro, the Cuban leader expresses concerns regarding the veracity of the Somalian revolution. Following failed negotiations between Ethiopia and Somalia in 1977, Castro questions the choice of military intervention based on geopolitical interests to the communist bloc. Instead of being a proxy of the USSR, Cuba became a proxy of the momentum of the communist bloc.

Until 1977 military aid was provided to Somalia. Both Castro and the USSR established secret contacts with Mengistu Haile Mariam in 1975. Mengistu, a colonel in the military junta responsible for the fall of the monarchy in 1974, became increasingly supported by the USSR and Cuba. The execution of the dean of the military junta, the rise of guerrillas in Eritrea, and tensions in the Ogaden increased Soviet and Cuban involvement within Ethiopian affairs. On the 2nd of February of 1977, Castro allegedly spoke with Mengistu to offer congratulations, as the Ethiopian leader executed the remaining members of the military junta and centralised all power in Ethiopia.

Overt and conventional support to Ethiopia

Overt support, deployed in stages at the demands of Mengistu, reached the capacity of 17,000 Cuban personnel. Cuban expansionism highly likely provided a significant advantage to the conventional conflict in the Ogaden. This was in particular through the presence of experienced armed forces which participated in Angola. In January 1978, Cuban General Ochoa pushed back the Somali army after initial ground was lost. In March 1978, Barre announced the fallback of Somali forces. While conflicts with belligerents in the Ogaden remained, Cuba’s military objective of preserving the ‘revolutionary’ Mengistu government was complete.

Cuba´s expansionism in the Horn of Africa extends further than the Ogaden War or an attempt to motivate an ‘anti-imperialist revolution’. Cuba established, simultaneous to the KGB, the presence of its security and intelligence personnel in Addis Ababa. This happened in 1977 after Mengistu’s execution of the military junta. In January 1978, the Oromo Liberation Front (OLF) denounced the presence of Cuban troops in Oromia. Likely, the domestic involvement in Ethiopia was necessary to secure enough significance without depending on the presence of foreign actors. Cuban expansionism lasted until 1989. The Cuban government placed the remaining three divisions as a reserve military force.

Cuba´s expansionism in the Horn of Africa likely served geopolitical interests to Cuba. Despite public knowledge, no one discovered Cuban personnel in Ethiopia until 15 days before the end of the Ogaden War. Simultaneously, a large majority of Cuban material, funding, and logistics originated from the USSR. Prior to the support to Ethiopia, Castro consulted with the head of East Germany on the strategy. Cuban expansionism developed ethnic rivalries by interfering as a super-power to provide a tactical advantage under the umbrella of revolutionary contributions.