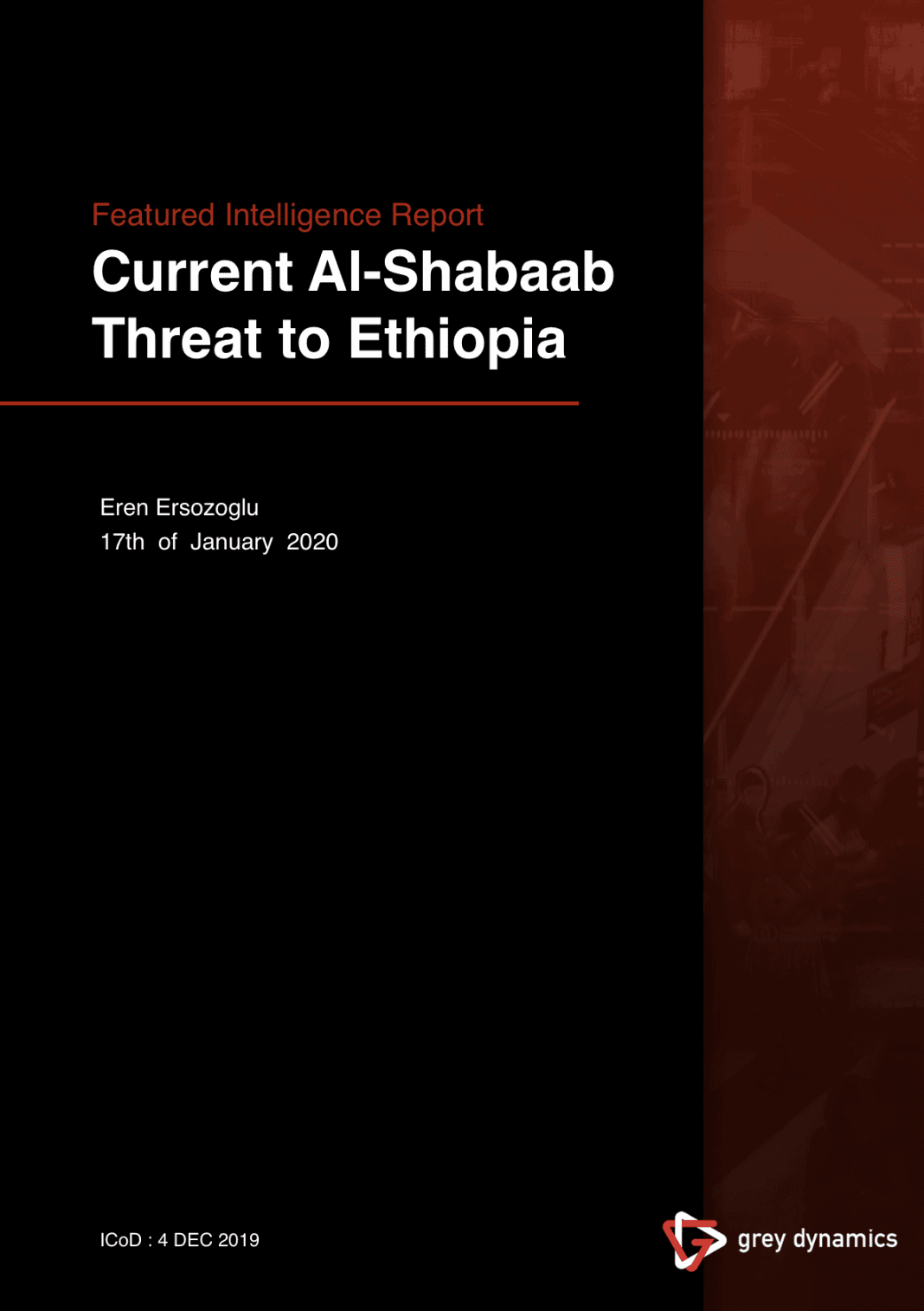 KJ-1. It is highly likely Al-Shabaab will continue to be a threat to Ethiopia, however their capabilities are reduced and the AMISOM has been productive in containing threat, they have failed to mount a large-scale attack on Ethiopia.

KJ-2. Tensions with FSG threatens AMISOM, failure to successfully combat Al-Shabaab in Somalia is highly likely to provide operational base for Ethiopia to be targeted.

This report seeks to offer an assessment of the threat to Ethiopia by Al-Shabaab and identify potential actions by the Ethiopian state that would likely increase the threat.

Ethiopia has been successful in counterterrorism operations against Al-Shabaab. Commitment to AMISOM has led to success in containing threat from potential large-scale attacks on Ethiopia. This commitment is keenly met as Al-Shabaab’s main base of operations has been through bordering Somalian territory. Al-Shabaab has instead targeted Kenya, resulting in significant successful terror attacks which failed to materialise in Ethiopia.

As a result of political changes, Ethiopian security framework and leadership is also transforming. This is a critical risk to the successful counterrorism against the group. Ethiopia has been criticized for involvement in Somalian politics. Ethiopian deployment of non AMISOM troops in Jubaland has significantly increased tension with FSG. This not only increase tensions with FSG but provide propaganda opportunities for Al-Shabaab, which can portray Ethiopian troops as ‘foreign invaders’. They do use AMISOM as context for the ‘invader’ narrative, but non sanctioned troops provide more credibility for this effort. Tensions with the FSG and mistrust threaten the AMISOM cooperation. A weakened security framework and AMISOM cooperation is likely to increase Ethiopian vulnerability to Al-Shabaab attacks. As I.S. operations fail in the Middle East, there is a high likelihood that cooperation between the two groups will ensue.

AMISOM has been highly effective in reducing Al-Shabaab capability. The group is still highly capable of carrying out terror attacks. This is evident in numerous cases in Mogadishu and Kenya. Their ability to attack and occupy territory through conventional warfare is significantly weakened. This results in reliance on suicide bombings and small scale guerilla attacks. Reports of collusion with criminals indicates intention to avoid detection as the group carry out operations. The group still has a significant presence in rural areas and has a wide recruitment base. Reduced AMISOM activity is highly likely to facilitate a resurgence in numbers and activity.