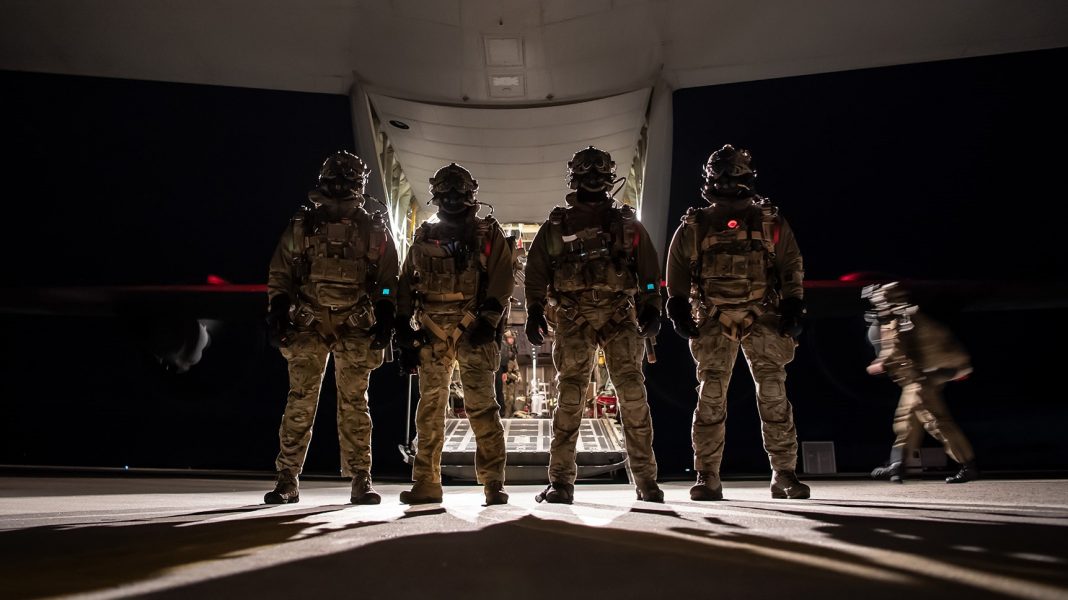 The Danish Special Forces include the jaeger corps and Danish Frogmen, which are specialised soldiers that deal with unconventional warfare and non-standard reconnaissance missions. Selection and training processes for Danish Special Forces are incredibly rigorous particular for the Danish Frogmen Corps and Jaeger Corps due to the interdisciplinary nature of the job.

Within its military manual, the Danish Ministry of Defence defines Special Operations as “military activities conducted by specially designated, organised, trained, and equipped forces through the employment of tactics, techniques, and procedures that are non-standard for conventional forces”. There is no better example of this than Denmark’s own Special Operations Forces.

Comprised of three highly specialised units – the Jaeger Corps, the Frogmen, and the Sirius Dogsled unit – Danish Special Forces are all under the Danish Special Operations Command (SOC or SOKOM) command. As part of the Danish Defence Agreement 2013-2017, SOKOM was established as a central Special Forces authority. As a result, in July 2015, Jager Corps was transferred from the Danish Army, and the Frogmen Corps were transferred from the Danish Navy to SOKOM’s command. The SOC then reports to the Chief of Defence of the Danish Defence Command.

The Danish Special Forces units are well known in the intelligence, military, and naval communities for their advanced capabilities. In an interview, Major General Peter Boyson, the Commander of SOKOM, stated:

“From my point of view, the biggest challenge is that between the multiple possible deployment options or missions that Danish SOF are capable of and qualified for, we only utilise a small portion. Mission such as Military Assistance, Special Reconnaissance, Direct Action – we train for it all, but we do not put it all to use.”

How does a force with such varied responsibilities become specialised in all areas? And how does it best use these skills to bolster national security? This is the difficulty the Danish Special Forces face as part of their day-to-day responsibilities.

The Jaeger Corps, translated to English as the Huntsman Corps, was founded in 1961 as a military long-range reconnaissance patrol unit (LRRP). The unit was modelled after the British SAS and US Rangers. Indeed, many Jaeger officers attended courses in the US and the UK to train during the early years of the special force.

The Jaeger Corps specialise in land operations, including unconventional warfare, reconnaissance, and counterterrorism.

Denmark founded the Frogmen Corps even earlier than the Jaeger Corps – in 1957. The unit was modelled after the British Special Boat Squadron (SBS). Finally, the unit became a designated Special Forces unit in 1970. At this time, the Frogmen Corps operated under the Danish Navy’s diving school.

The FKP operationally sits underneath the Royal Danish Navy Command, with its base in Kongsøre. Frogmen focus on special maritime operations. As a specialised unit in naval operations, Danish Frogmen are well equipped to deal with special operations and are trained in advanced scuba diving. In addition, they conduct support work on request from the Danish Police and any other military or naval authorities.

The Sirius Dog Sled Patrol, known colloquially as the Sirius Patrol, is a Danish Naval Unit specialising in Arctic Patrol. It is the oldest of all the Danish Special Forces, established in 1941. In 1933, Denmark was granted sovereignty over Greenland. While the patrol was established during World War II to monitor and attack German weather bases. However, following the War, the force remained active in the region.

The unit conducts long-range reconnaissance missions in North and East Greenland, patrolling Denmark’s areas of sovereignty. This is done exclusively by dog sledge, which remains the most efficient way of traversing the unforgiving terrain.

Generally, the patrol teams are formed of six teams of two patrol officers who are tasked with patrolling the 8,900-mile coastline of North Greenland. Members of the Sirius Patrol have unique operational requirements – the teams can spend up to five months on patrol missions in complete solitude, in negative 40 degrees Celsius, with extended hours of darkness.

Interestingly, Crown Prince of Denmark, Frederik Christian, patrolled with the Sirius Patrol in 1995 and is a qualified Frogman.

Selection processes for all three of the Danish Special Forces Units are incredibly rigorous. Generally, existing Danish Army, Navy, and Air Service troops will apply for coveted placements within the Special Forces. The timeline of Special Forces Selections is as follows:

Danish Special Forces often undergo training and operations in collaboration with foreign Special Forces, such as that of the US, UK, Sweden, and France.

However, very few operatives complete the entire selection and training course to become a member of the Danish Special Forces. In fact, on average, only 12 new Frogmen and 8 new Jaeger Corps are selected each year. In total, there are 6 teams of 2 Sirius Sled Dog Patrol operatives, however, there is no available data on how many personnel are trained for this role.

All three of the Danish Special Forces units use similar weaponry. Most notable is the HK P11 pistol, designed with a 10 to 15-metre underwater range. Other known equipments include:

Whilst often unseen, Danish Special Forces have been instrumental in strategic and operational successes for the country. For example, the forces operated in the Balkans, Iraq, and Afghan Wars.

Operation Ocean Shield was a NATO-led operation in the Gulf of Aden and the Indian Ocean, which became part of the larger Operation Enduring Freedom – the US War on Terror. The mission specifically focussed on anti-piracy operations, running between August 2009 December 2016.

The operation was a significant multinational effort, with special forces from EU and NATO states deployed to the region. The Danish Frogmen Corps were deployed as part of the effort and were incredibly successful in the mission. As a result, in 2011, Frogmen intercepted a hijacked fishing vessel, Jelbut 16, which Somali pirates had seized.

Due to the incredibly varied nature of Danish Special Forces operations, Frogmen must be highly skilled in all manner of combat and have extensive Intelligence gathering, analysis, and interpersonal skills. Anonymous interviews with former Frogmen suggest that their duties often include leading meetings with local foreign leaders as part of peace negotiations and delivering key messages – what is now referred to as ‘Key Leader Engagement’ (KLE). KLE is not a typical responsibility of naval or military officers and is generally left to commanders and other senior leadership. However, it is a skill required of Danish Special Forces in their incredibly varied roles.

Both the Jaeger Corps and Frogmen of Denmark deployed to Afghanistan as part of Task Force K-Bar – a coalition of multiple Special Forces comprised of almost 3,000 troops. The force operated between October 2001 to April 2002, with over 75 missions in the region.

Following the end of Task Force K-Bar, the presence of Danish Special Forces in Afghanistan did not end. It is reported that in 2006 Danish Defence sent Jaeger Corps specialised in sniping to Helmand, where Danish and British forces were suffering strategic losses to the Taliban. This deployment of the Jaeger Corps resulted in the extraction of a Danish military unit without any fatalities.

The US awarded the Jaeger Corps with a Presidential Unit Citation in 2004 for its work during the Afghan War, including the work conducted as part of Task Force K-Bar. Similarly, in 2014, Denmark won the Special Forces and Intelligence Operations Prize in France.

In 2018, defence ministers of Denmark, Belgium, and the Netherlands announced the establishment of a joint Special Force command. The unit, named the Composite Special Operations Component Command (C-SOCC), announced its full operational capacity on the 7th of December 2020. As part of this, it is believed that the C-SOCC is formed of Special Forces operatives of these respective countries, including Jaeger Corps and Frogmen of Denmark, though this remains confidential.

The member nations of C-SOCC committed the force to NATO for 2021 and will support any relevant NATO or UN Special Forces operations as required.

The Danish Special Forces personnel are highly specialised troops trained for unconventional warfare and non-standard reconnaissance missions. Although becoming a member of these Special Forces is incredibly challenging, such rigorous selection processes are required to ensure varied and challenging operations are completed successfully.