Drones in Africa: Potential for Life and Death 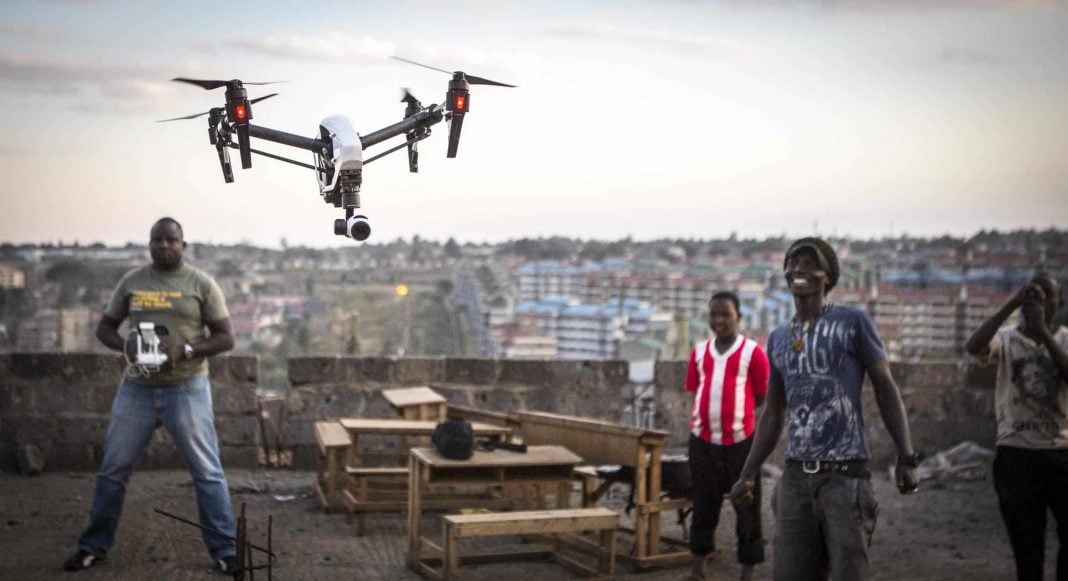 Drone technology continues gaining ground in the African continent. An invigorated emphasis to boost cooperation between nations in Africa will enhance the capabilities and cyber-humanitarian reach that drones will bring. Among capabilities, the capacity for drone warfare in a continent experiencing various armed conflicts is certain to become relevant.

In partnership with UNICEF Malawi, the Malawi government opened the first African drone and data academy. The academy provides a platform to test drones with a focus on a variety of solutions. By 2022, the academy expects to have a 2-year, tuition-free, master’s programme in drone technology. Since 2016, Malawi has shown leadership in capitalising on drone technology. Increasing potential in addressing problems solved or mitigated with drone utilisation. The ease of access to remote areas can provide life-saving materials. Nigeria has also utilised drones in its mining and oil and gas industry.

Zipline’s activities in Africa are a relevant example. Delivering medical equipment, such as blood bags and anti-malaria kits facilitate access to rural areas which were difficult to reach. With 80% of Malawi’s population living in rural areas, this is ground-breaking. UNICEF Malawi is also planning to use drones to collect data that will aid emergency flood modelling and identifying mosquito breeding sites. In 2018, the WHO observed that Africa suffered 93% of malaria cases, and 94% of malaria deaths. The Malawi Revenue Authority is also procuring drones to support enforcement by targeting smuggling routes. While South Africa is utilising ‘watchtower’ drones to hunt poachers.

‘Flying watchtower’ drones can also be beneficial in promoting connectivity. These drones can provide high-quality internet for several hundred people (20-30-mile radius). This connectivity will benefit schools in rural areas where there is little to no internet access. The UN will test drones with mapping sensors and atomisers, spraying pesticides in East Africa. With the worse locust outbreak in a quarter of a century, drones are potential life savers if they can reduce the swarms. Enabling technologies such as AI – scanning of crops, risk areas, infrastructure planning, education, security, and defence, will enjoy the benefits.

Changes in the nature of warfare cannot be avoided. The Defense Advanced Research Projects Agency (DARPA), orchestrated a drone exercise in August 2019. The purpose was to assign the drones a target in a mock city building, and observe whether autonomously, the drones could ‘locate and secure’ an objective successfully. The result was a success. Timothy Chung, a chief scientist in charge of the exercise, envisions 250 drones mounted with a few grams of explosives.

Drone units can be used for urban warfare, clearing areas block by block, with situational awareness. Previously in 2018, Chinese tech firm OceanAlpha posted footage of an elaborate parade of 56 drones. The purpose was to display the potential to ‘shark swarm’ in naval battles, overpowering technologically superior naval powers with intense, coordinated pressure.

In September, the international community witnessed the Iranian attack on Saudi Arabia’s oil infrastructure, temporarily halting half its’ output. Success was possible with the support of kamikaze drones. Why is this relevant to Africa? Africa is one of many proxy battlegrounds. Predicting the manner of context for the use of these drones is a stretch, but the tactics available are becoming increasingly transparent.

IS and Houthi rebels have been reportedly experimenting with commercial drones already. With a substantial number of terror groups in Africa, there is a risk of drones being used in terror attacks in the continent. Drones will soon be cheap, effective, difficult to source, and profitable once major powers begin mass production.

This will increase the likelihood of terrorist groups procuring drone technology. Even with commercial drones, there is still a significant risk. With several international bases in Africa, advanced drone warfare technology ‘placed’ into proxy groups inventory can become a reality.

What can be done in Africa? The answer is already manifesting itself with African initiative to be self-sufficient in the drone market. Changes in the nature of warfare cannot be avoided. African nations must utilise the capabilities of the drones to promote security and defence. If managed correctly, this could become a game-changer in the fight against insurgents. While subsequently saving lives.