Effective Algerian Security: Al-Qaeda in the Islamic Maghreb in Decline 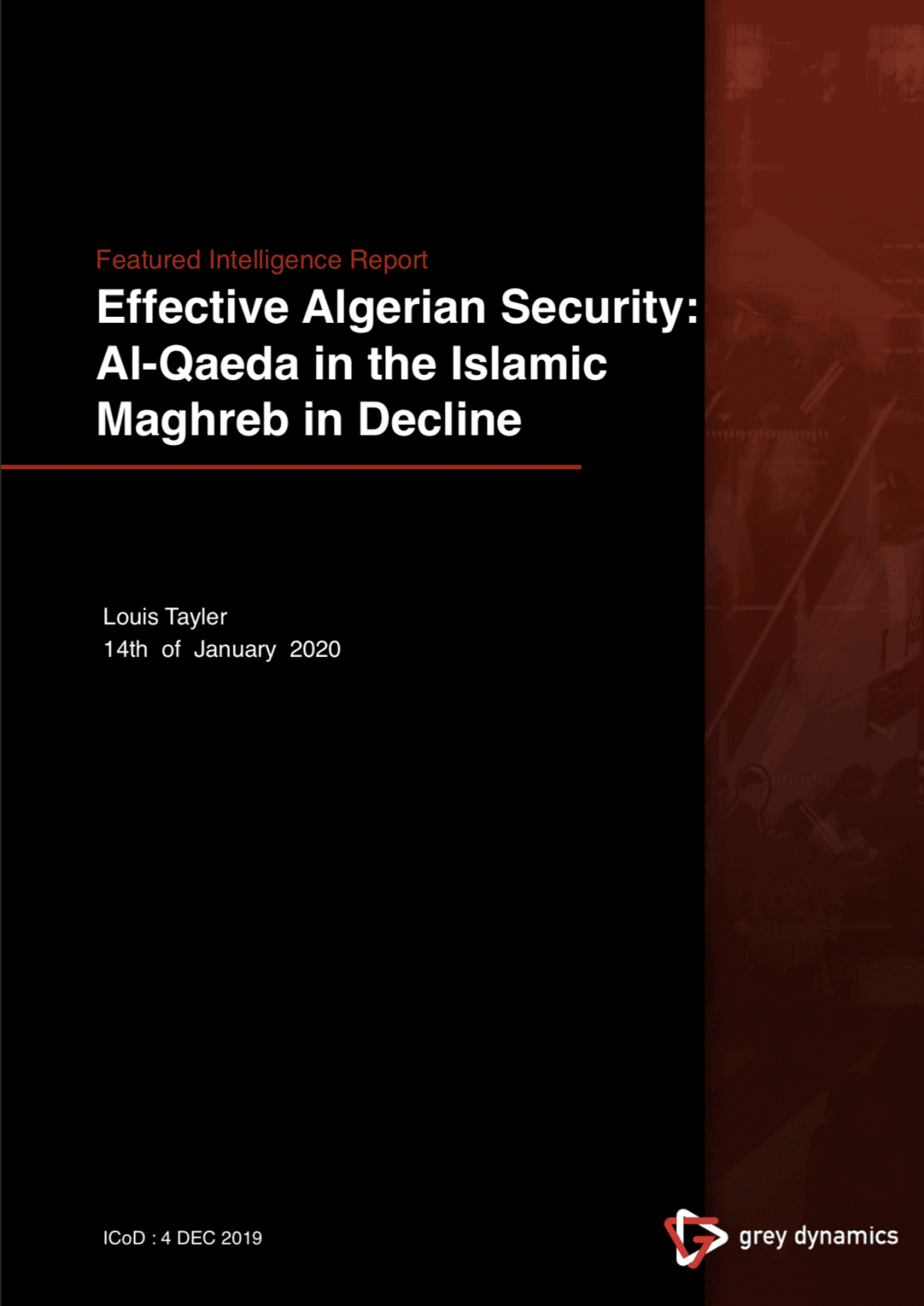 KJ-1. Al Qaeda in the Islamic Maghreb (AQ-IM) is weak in Algeria, and its leadership is degraded by effective security forces and cross-border cooperation between Tunisia and Algeria.

KJ-2. AQ-IM may be aided by changing security concerns, as the country is in the midst of an election, as well as returning fighters from other conflict zones such as Syria.

Despite being in a region with significant security issues, Algeria has avoided the worst of them, and has not much suffered from terror attacks in the past three years, with a few exceptions. AQ-IM’s origins can be traced back to the Salafist Group for Preaching and Combat (GSPC) that fought against the Algerian government in the 2000s, however the GSPC that later became AQ-IM was largely pushed out of the country into the wider region by successful counter-terror operations.

AQ-IM is currently a weak organisation in Algeria, and has not been able to undertake a major terror attack in the past few years. The last major Al-Qaeda attack in Algeria was the 2013 attack on a gas plant near Amenas, that killed 40 foreign nationals. Since then, there have been instances of AQ-IM leadership taking losses. In January 2018, Algerian and Tunisian special forces claimed to have killed at least 12 AQ-IM leaders in counter-terror operations on both sides of the border. In October 2019, Tunisian security forces killed AQ leader Murad al-Shayeb near the Algerian border, who was also wanted by Algerian security forces.

These two examples highlight the cross-border and successful cooperation between Tunisia and Algeria. Based on the lack of terror attacks and alleged blows to AQ-IM leadership, I assess that AQ-IM in Algeria is a greatly weakened organisation. AQ has likely focused its efforts in other countries in Africa where the security situation is more relaxed and where there is greater freedom to operate, train and grow. AQ-IM is likely only able to continue undertaking kidnap for ransom operations in remote areas of Algeria.

Circumstances may soon change for AQ-IM in Algeria. The end of Bouteflika’s regime in 2019 and the upcoming December elections may destabilise the effective security apparatus that until now has had relative success in stopping AQ-IM from flourishing. This would especially be the case if the elections in 2019 are disputed and followed by violence; the security forces in Algeria would be stretched and distracted from counter-terrorism duties.

If the elections result in a government opposed to Tunisia, there may also be a reduction in counter-terror cooperation that has been instrumental in the fight against AQ-IM. Furthermore, the draw-down of conflict in Syria brings the possibility of fighters leaving Syria to go to Algeria, a concern noted by a UN report in 2018, and evidenced by the stopping of some 100 Syrian nationals attempting to enter Algeria from the South in December 2018/January 2019. Furthermore, AQ-IM has encouraged anti-government demonstrators to revolt against the army. It remains to be seen whether this will be effective, and much depends on the outcome of the Algerian elections.