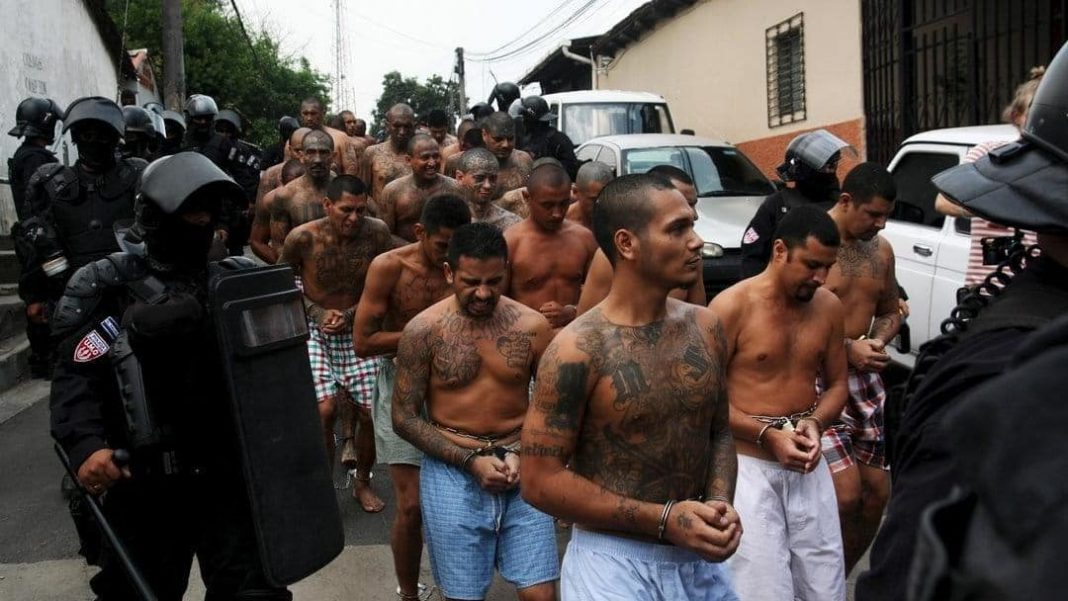 Assuming the Presidency of El Salvador on the 1st June, Nayib Bukele vowed to bring down a notoriously high murder rate, and reduce poverty, corruption and mass migration to the United States. El Salvador, along with its neighbours Guatemala and Honduras, is one of the countries that has seen thousands of migrants and refugees flee MS-13 gang violence over the past couple of years.

Bukele’s election win came as a surprise to many as he was the first successful third-party candidate to win in a country dominated by only two parties since the end of the civil war in 1992. So far into his presidency, he has not failed to make bold declarations. On the 7th July, less than a month after releasing his security plan, Bukele said at a press conference that his government would solve the gang problem within 4 years and asserted, “I believe that the blow we are going to give to this structure is a mortal blow.”

In June, Bukele ruled out negotiations or a truce with the criminal gangs, which previous governments tried to secure but with little success. A truce reached in 2012 reduced homicides by half but its end in 2014 saw homicide rates jump to all-time highs in 2015 and 2016. Bukele claims to not have been contacted by any group but said he would not consider any dialogue. In an interview with Revista Factum, a spokesperson for the MS-13 claimed to be open to negotiations with the new government.

Going for their cash, and cellphones?

A key element of Bukele’s plan is to target extortion rackets run by gangs to finance their operations. Extortion is one of the principal moneymakers for organized crime in El Salvador. It is estimated that 80% of gangs’ revenues come from extortion, and Justice Minister Rogelio Rivas said the offensive seeks to strangle financially “the terrorist groups.” Without providing much detail about his plan, Bukele says he wants “the gangs to go without their cash revenue so that it will be very difficult for them to sustain their organizations.”

Another focus of Bukele’s administration is to clamp down on gang activity within prisons. Authorities declared a state of emergency in 20 prisons across the country. This includes ordering mobile phone operators to block internet and cellphone reception in prisons to prevent gang members from doing business, such as ordering murders and extortion from behind prison walls. This has resulted in prisoners using toilet paper, toothpaste and medicine as writing tools in the place of cellphone communication, according to Osiris Luna Meza, El Salvador’s Director of Prisons and Deputy Justice Minister. Or even writing coded messages on the stomachs of soon-to-be-released gang members, according to a report by La Prensa Gráfica.

However, Bukele’s promise of innovative tactics to battle organized crime seems to have its limits. He aims to continue the mass incarceration of gang members and empower police officials to use excessive force against them. On the 20thof June, in an effort to regain territory from the gangs, Bukele deployed 2,500 officers and 3,000 soldiers to the capital, San Salvador, and the other 11 municipalities most affected by the gangs.

This strategy has been employed by previous governments over the last decades and has proven very ineffective. In the process, security forces were widely accused of fraud, human rights abuses and extrajudicial killings. However, Bukele seems to be bent on committing the mistakes of his predecessors by appointing top security positions to people like Mauricio Arriaza Chicas, the new director of the National Police. Arriaza helped create the force in 1993 but has been investigated by the Attorney General’s Office for corruption, abuses, and setting up gang ‘extermination’ units.

It is clear that economic duress and insecurity are two of the main factors leaving Salvadorans with no choice but to migrate north. Yet, although recognizing this, Bukele has stated that his country is not the problem and says El Salvador is trying to reduce irregular migration and MS-13 violence drug trafficking. He also claims El Salvador deserves to be treated differently than its nearby countries, Guatemala and Honduras.

On 15 July, Bukele said Honduras and Guatemala “have not been an example” and that “sometimes a region is punished for actions by governments in which we have no involvement.” El Salvador is not the same, but based on his actions so far, he has only signalled that he plans to repeat the failed security policies of not only his predecessors but also his neighbours.