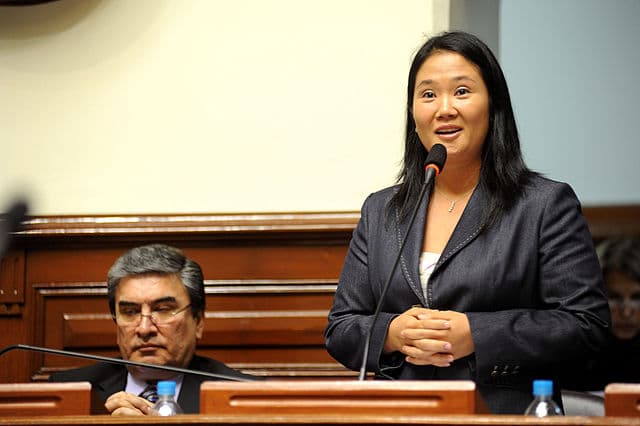 Key Assessments of the Peruvian Elections

Elections in Peru between Pedro Castillo (Free Peru) and Keiko Fujimori (Popular Movement) on the 6th of June carry the after-effect and influence of the COVID-19 pandemic. Peru’s official death toll sat at 69,342 until the government updated and tripled the figure, reaching 180,876. Becoming the world’s worst-affected nation in terms of deaths is accompanied by effects to its GDP and quality of life. The economy of Peru shrank by 11,1%. Unemployment simultaneously increased by 2.2 million, causing a humanitarian displacement of 165,000 people from the capital due to job losses. Despite a resumption of economic activity and a GDP rise of 18,21% in March, vaccination procedures fail to meet its commitment. Only 5% of the 60 million committed vaccines arrived in Peru. In the meantime only, or 2% of the population is currently vaccinated.

The lack of stability of the government in the last 2 years creates uncertainty in the result and after-effects. During the last presidential term from 2016-2021, 4/5 presidents resigned or left the position due to pressure or corruption. The current president Francisco Sagasti will abandon the presidential office on the 6th of June having served 5 active months, while President Merino lasted 5 days in power in November 2020. The winner of the elections in Peru will almost certainly face guaranteed opposition against most proposed policies.

Corruption within both campaigns

Ideologically opposite candidates have corruption to unite both campaigns together. Fujimori seeks a liberalisation of the economy, and Castillo to reform the judicial process and constitution. These both face different degrees of corruption within each campaign. Both candidates, despite their opposing ideologies, reject the accusations of corruption and highly likely seek to circumvent the judicial system.

Corruption and the Judicial System

Evidence of corruption within both candidates and the corresponding rejection of accusations likely reinforces the distrust to the judicial process whatever the outcome of the election. The government of Peru concluded from October 2019 – March 2020 that only 11,9% of the population trusted the judicial branch and power of the government. Public prosecutors offered a sentence to Fujimori of 30 years and 10 months in prison for money laundering and bribes worth $17,3 million during her 2011 and 2016 campaigns. Party officials of the Popular Movement are included, increasing mistrust of the candidate and broadly of the governmental team. Pedro Castillo directly rejects the accusations towards his right-hand man Vladimir Cerrón, hinting at the work of a would-be-deep state and political persecution. Being the former governor of Junín, Cerrón was sentenced to prison for 5 years for corruption and money laundering charges, diversifying funds towards an elitist business owner.

Fujimori openly defies the judicial system while Castillo involves himself in corrupt schemes which contradict his ideology. The elections in Peru, considering the ideological contradictions and evidence presented against candidates, almost certainly rely on emotional leverage to increase voter margin. IPSOS Peru published voting intentions, highlighting just a 1.2% victory of Castillo Over Fujimori. The small margin and highly irrational campaign only add weight to the mistrust of the judicial and legal governmental branches.

Decreasing the legitimacy of a government during a time of crisis reduces the capacity of the government to tackle emerging issues. The government of Peru notified that 71.5% of the population mistrust the electoral commission and committee, while 71.4% mistrust the office of electoral processes. In addition, 74.7% of people mistrust media channels, and 60% the ministry of education. It is likely that a lack of trust in educational, electoral, and media channels motivates the lack of direct and transparent control of the government. Factoring in political willingness by both parties although unlikely, any policy action taken to reduce economic, health, or educational strains is unlikely to lead to long-term change. The elections in Peru almost certainly involve a lack of trust which inhibits governmental policy and collaboration.

Polarisation is likely to extend between the public leading up, during, and after the elections in Peru. El Pais reported public polarisation apart from political and propagandistic division. It is unlikely that sectors of voters openly reject the outcome of the election. Though, it is still highly likely that polarised and divisive narratives amongst like-minded voters will be reinforced. Strengthening ideologies will likely increase an already high mistrust of the government. Issues like informal economies, which accounted for 74% of the market in 2016, likely increase due to distrust of the government. The informal economy acts as an example. The distrust of the government opens an opportunity for the arrival of non-state actors and biased popular governance.