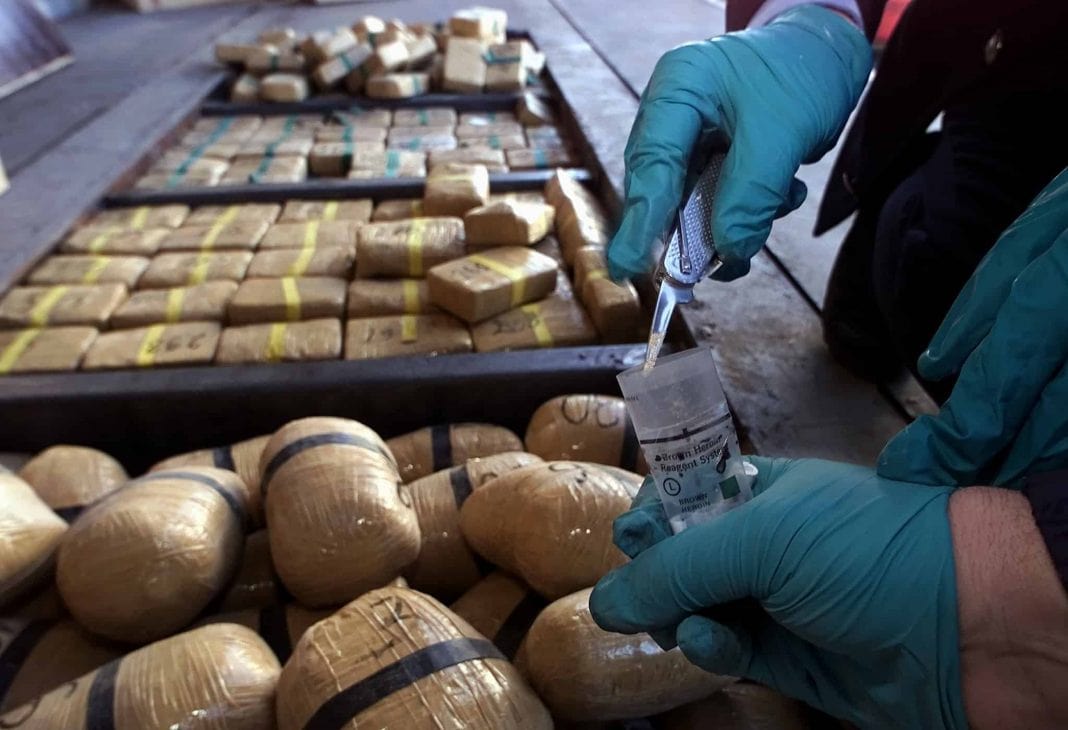 Drug and human trafficking represent major security issue concerning the West African states. Although organised crime reaches high levels in the region for around 2 decades now, more recently drug exports broke the record with 1.6 tons of cocaine being seized in Guinea Bissau in September 2019. At the same time, human trafficking in West Africa involves mainly children and women and 99% of victims detected in West Africa are trafficked within their own country or region.

Cocaine and methamphetamine count for most of the profits made through drug trafficking in West Africa. However, cocaine is being sold in record quantities with at least 50 tons coming from South America. Apart from these two, a new product is becoming more and more popular on the African drug markets: opioids.Large quantities of tramadol were collected by local police forces and Interpol in Benin, Burkina Faso, Côte d’Ivoire, Ghana, Guinea Conakry, Niger, Nigeria, and Togo between September 2018 and May 2019. According to United Nations Office on Drugs and Crime (UNODC), opioids are mainly consumed in Nigeria, where around 14% of the population abuses drugs (more than twice the global average).

Much of the cocaine headed to Europe today transits through West Africa, where crime groups from Nigeria, Benin and Guinea-Bissau re-export the drug. Since the mid-2000s, West Africa has emerged as one of the most important transit areas for the trafficking of cocaine from South America to Europe. The 2017 World Drug Report reveals that two-thirds of all cocaine smuggled between South America and Europe cross the West African countries. This trend comes as a result of increased law enforcement adopted measures in the Caribbean, aimed at countering drug cartels operating there.

The UNODC Strategy against Opioids Traffic

UNODC launched in June 2018 an integrated strategy to support countries in addressing the on-going opioid crisis. Some of the measures include coordinating the international response, reducing supply of opioids for non-medical use, capacity building in support of national law enforcement interventions, promoting rational use of opioids for medical and scientific purposes, etc. This strategic response is also supported by the World Health Organisation and other NGOs active in the area. Yet the international involvement is not enough to counter the spread of opioids. Local governments have a better understanding of the country’s society and can reach to communities more easily compared to the foreign missions sent by the UN.

The inter-governmental cooperation against cocaine in West Africa is on the rise. For this reason, criminal groups feel the need to adapt to the new challenge and to reorganise their structure. The aim is to increase de undetectability of smugglers which are usually endangered due to a hierarchical system. In order to conceal the shipments, drug-trafficking networks are now using containers and maritime shipping labels, as drug mules are often getting caught at airport security checks. Another tactic consists of using “low runners” whose responsibilities are very limited, as well as their access to critical information.

Some of the tactics require the “low runner” to collect the cash before letting the customer know by text message where the shipment was made. This system resembles a lot the horizontal structure model employed by terrorist organisations, where the group does not depend on a single leader and the operations are conducted mainly by “contractors”.

More than 50% of trafficked persons in West Africa are children. Perceptions of this phenomenon differ across countries in the region. In the country of origin, where the local youth is highly exposed to trafficking networks, the level of awareness is higher. The first national approach on trafficking was developed by a country of origin: Mali. This came after international NGOs presented the government with evidence of the trafficking of Malian children to Côte d’Ivoire in 1995. In countries like Togo and Burkina Faso, low media coverage and misleading information lead to decreased awareness. Transit countries are more likely to perceive trafficking as a non-national issue and this is a major obstacle to the control of national borders and coastlines.

Countries of destination are often reluctant in dealing with the issue as it does not concern their own children. Currently the international media is trying to make these countries accountable since the smugglers are using their venues and resources for funding the business. Unfortunately, public opinion and policy makers in countries of destination perceive child trafficking as a foreign movement organised by transnational networks whose consequences do not concern their community.

Cocaine trafficking is often perceived as an emergency issue in Africa, instead of being seen as a long-term issue with multi-dimensional consequences. With respect to child trafficking, the West African media has started to be more responsive and involved, taking part in the process of educating populations. The power of broadcasting stories can reach many communities, including those where education in schools remains precarious. Most important, media has the potential to raise awareness among exposed individuals, as well as those whose responsibility is to protect the vulnerable.

The media outlets in the West African countries are still in transition, many of the publications still being tempted to prioritise sensational stories with a strong impact, focusing mainly on slavery. Although slavery is still a major issue in Africa and beyond, highlighting slavery-related stories can shade off other types of human trafficking that are overlooked in the society (child / migrant trafficking). The lack of tangible and accurate information on the child trafficking phenomenon undermines the possibility of a more in-depth media approach that includes its causes and complexities.

As part of the ECOWAS, governments are now obliged to implement a series of anti-traffic strategies, adopted on 10th of June at the ECOWAS Summit in Abuja, Nigeria. However, along two decades of increased organised crime, networks in the region gained major influence in the political sphere as well. In many countries these measures are only adopted to intensify the grip on power held by the incumbent and to put him/her in a good light. Factually, the institutions in charge do little to protect the citizens against exposure to illicit trading networks and forced labour. Most of the reports and studies written/conducted on drug and human trafficking in West Africa are commissioned by the UN institutions and other international NGOs, rather than the local governments.

The spread of organized crime in West Africa drew the attention of terrorist organizations as well. Groups such as Al Qaeda in the Islamic Maghreb and the Movement for Oneness and Jihad in West Africa managed to monopolize several cocaine trading roots for increasing their revenues. Both are involved in cannabis and cocaine trafficking in the Sahel, while Boko Haram smuggles cocaine and heroin. Trafficking routes through West Africa take different paths, with most of them crossing Algeria, Mali, Mauritania, and Morocco and then on to southern Europe. Other routes involve crossing the Atlantic with shipments destined the United States. In the last few years, Guinea-Bissau has become a “narco-state” as most of the shipments coming from Latin America transit the Port of Bissau on their way to Europe.