Francesc Boix: the Photographer of Mauthausen 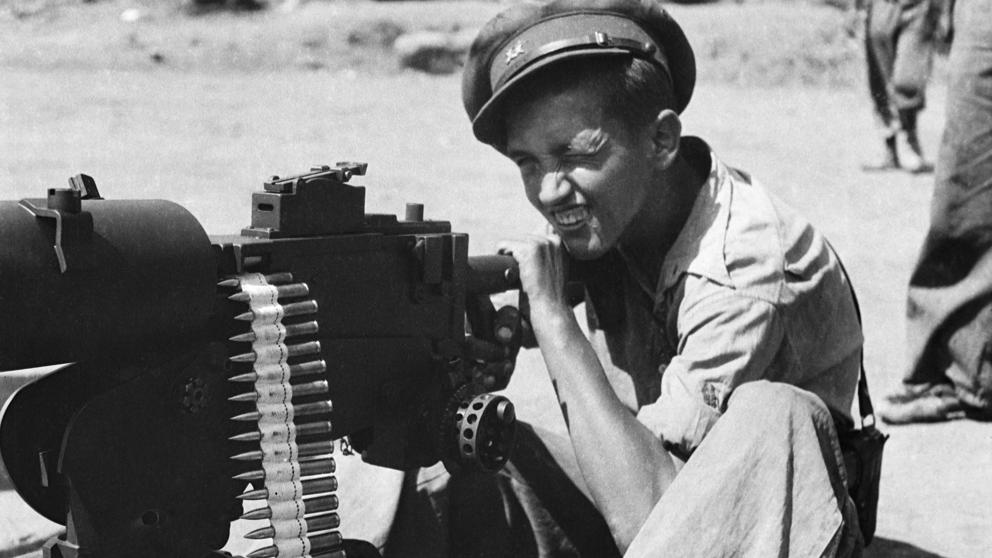 Francesc Boix Campo stole around 2,000 negatives that depicted war crimes as well as SS officers and other Nazis while he was a prisoner of war in Mauthausen concentration camp. He was also a key witness during the Nuremberg and Dachau trials of Nazis.

Francesc Boix Campo was born in the district of Poble Sec in Barcelona, on the 31st of August 2020. He grew up in Poble Sec, close to their tailoring shop ‘Boix’, with his two sisters, his father Bartolomé Boix Eixarch and his mother Ana Campo Agustin. Francesc developed his love for photography through his dad and in 1934 he starts working as an intern for Romagosa, a photography company.

At the outbreak of the Spanish Civil War, he joined Las Juventudes Socialistas Unificadas (JSU/ Unified Socialist Youth). He then joined the magazine Juliol as a reporter until he enlisted as a photographer with the 30th Division in the Aragón -Segre front with the Spanish Republic.

At the end of the Civil War, he was exiled and sought refuge in Le Vernet d’Ariege and Septfonds (France). He lived in an internment camp until he left and formed part of the 28th Foreign Workers’ Company. This company was linked to the V Corps of Engineers. Their work was the fortification and protection of defensive lines in the Vosges area, near the border with Germany.

After the Fall of France, most Nazis deported most Spaniards to camps or slaved them through labour as per Organisation Todt. 5,000 Spaniards died in combat. The Nazis sent an estimated 7,000 to 10,000 Spaniards to Mauthausen. Most of them died in Gusen and the Hartheim Castle as well as Mauthausen. The Germans captured Francesc Boix in the North of France. His captors deported him to the Nazi concentration camp of Mauthausen-Gusen through Stalags. There he learned German. By the time he was only 20. years old.  His name was no longer Francesc, but 5185.

In 1941, Himmler decided to establish a categorisation for the camps. The type of camp Stufe III (or Ausmerzungslager), only included Mauhtausen and Gusen. This category was reserved for “regular criminals and antisocial elements and unable to rehabilitate”. In Mauthausen, they wore the blue inverted triangle superimposed to a red one with an S. This symbolised they were stateless and political Spanier prisoners. Whereas in the other camps, the Spanish prisoners wore the red triangle of a political prisoner with the S of Spanier. They were treated the same way as the NN (Nacht und Nebel) were treated, as if they did not exist.

Spanish prisoners were known in the camps for their survival techniques. Other nationalities that gathered in the camps with the Spanish republicans, admired them. They admired how the Rotspaniers (Red Spaniards) avoided being noticed by the kapos and the SS in camps. Most of the time this saved them from death.

The majority of Spanish prisoners were detailed to quarries where they worked to death under slave-labour conditions. A few fortunate individuals were given administrative jobs as Francesc Boix did. Once there, his ability to speak Lerman led him to work as a translator. Later on, thanks to his photographic skills he was sent to the photographic laboratory in the identification services (Erkennungsdienst). With Antonio Garcia Alonso, later on José Cereceda, they dealt with all the negatives and were taken by SS Kornacz. Later on, these revelations were taken by SS Paul Ricken, as well as identification files and other administrational procedures.

WIth the help of other Spanish prisoners that Francesc Boix and Antonio Garcia Alonso, managed to steal around 2,000 small Leica negatives. These photographs portrayed both the atrocities as well as SS officers and senior officials of the Nazi movement.

They made five copies of each photograph. One was for Mauthausen’s file and the rest to be sent to Linz, Vienna, Berlin, and Oranienburg. However, that changed when the defeat of the Wehrmacht occurred in Stalingrad in 1943. Nazi hierarchies foresaw a potential defeat. In this regard, they ordered to delete any files and photographic material that might incriminate them in the future. Garcia and a Grabowski (Polish) started making six prints of key photographs and hid them behind a wooden beam. When Boix joined the laboratory, he joined them.

Boix and Garcia had the help of a group of Spanish prisoners. These served time on a probation regime, which allowed them to visit the village of Mauthausen without raising suspicion. There they got to know Anna Pointner. Anna helped prisoners during the war by throwing food over the fence. She also was key in taking care of members of the youth group known as the Poschacher Kommando. This group managed to smuggle a series of the negatives which then Anna hid in her back garden. This happened as the Spanish underground organisation at the camp temporarily concealed the photographs in several locations within the complex.

Americans to the Rescue

Francesc Boix was there when the Americans entered the camp. Francesc Boix took dozens of photos of the first hours after the German and Austrian guard fled. After gaining freedom, many of them remained in the field for several weeks. They did not know what to do or where to go due to their stateless status.

After the liberation of Mauthausen, Boix began working as a graphic reporter in France. He worked for the press near the French Communist Party such as L’Humanité, Ce Soir, and Regards. That is where he showed the pictures for the first time. These pictures called the attention of thousands. Eventually, this would lead Boix to be part of the witnesses who testified at the trials in Nuremberg and Dachau.

In 1951, at the age of 30, he died from a kidney failure related to his time at Mauthausen. On the 16th of June 2017, the Spanish authority exhumed the mortal remains of Francesc Boix. The remains were then transferred with honours to the holy camp of Pere Lachaise.

The negative photographs are now the property of la Associació de l’Amical de Mauthausen. The Museum of History of Catalonia archived them and have currently an online exhibition.