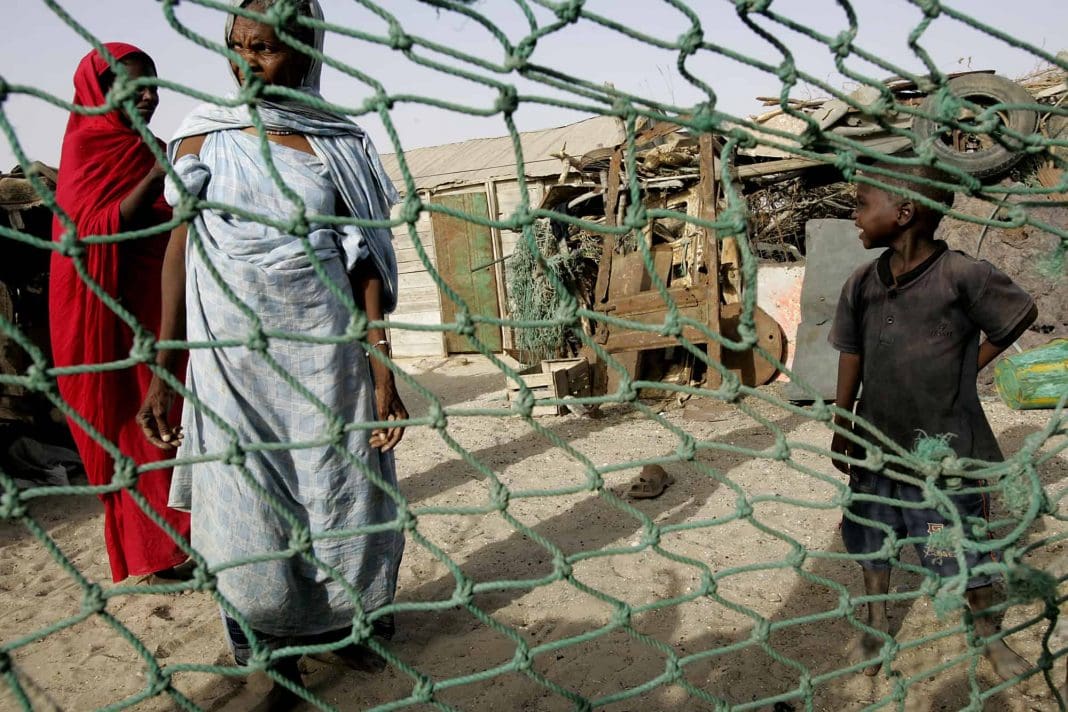 The US Department of State has ranked Mauritania as a Tier 3 human trafficking country. Tier 1 is the most positive rating, Tier 3 the most negative – with the exception of four special cases. Mauritania is the only country in North and West Africa with a Tier 3 rating, which begs the question: Why is Mauritania worse off than its neighbours? One of the factors is its heritage of slavery, another is the commodification of women. Because of it, Mauritania will continue to be a transit, source, and destination for human trafficking unless addressed.

Women and girls are disenfranchised due to three main factors – tradition, religion, and (lack of) legal framework. Virtually the entire population is Muslim with national traditions stemming far back in time, meaning that traditions, values, culture, and practice have been streamlined for a long time. By now, practice and values are so deeply rooted that change is hard to implement. The victim of these combined factors is girls and women.

Female genital mutilation (FGM) is a diminishing, yet an ongoing issue in Mauritania. In 2007, 70% of women in Mauritania had undergone FGM and 57% believed, mistakenly, it was a religious requirement. Since then, government efforts have been made to penalize the practice while religious leaders issued a fatwa forbidding the practice. Yet, due to its deep roots in cultural practice, FGM remains prevalent. There are no specific laws directly prohibiting FGM despite preventative and penalizing measures, just as there are no specific laws prohibiting sexual harassment. According to the UN, sexual harassment is common in Mauritania by teachers in school and colleagues at workplaces. Similarly, there are no specific laws criminalizing domestic violence.

Domestic violence is a cause of stigmatization, so in the absence of law, domestic violence goes largely unreported and continue to be a pervasive problem. What is criminalized by law is rape and abortion. However, rape, particularly marital rape, is stigmatized which contributes to underreporting. Additionally, the country’s combined Sharia and civil law has a conflicted view on rape, meaning that if a married woman is raped, she could face imprisonment for adultery by the Mauritanian Sharia law while acquitted by civil law. All of which have contributed to a society where women are disenfranchised, unprotected, and unable to access justice. Women are further limited in their access to ownership as any transfer of assets must be authorized by a third party while the right to heritage is half to that of men, diminishing women’s ability to become resourceful on their own.

Marriage provides some level of economic and physical security which lacks in society. In Mauritania, obesity is a sign of wealth and beauty. This has led to a practice of leblouh, where adolescent girls are force-fed with the help of what has been referred to as a ‘feeding coach’ to get married. Estimates believe the girls suffering from leblouh are forced to consume about 16 000 calories a day, causing rapid weight gain. In some instances, ‘coaches’ claim to have received bonuses for stretch marks. The practice is a health hazard in itself, increasing heart diseases and diabetes among women whilst the symbolism of it reflects the mindset in which achieving marriage triumphs good health self-determination. Forced child marriage and childbirth are further widespread, and so is polygamy, all in which further commodifies women.

Another driving factor for the extent of human trafficking is the heritage of slavery and the ethnic divisions that comes with it, which contributes to the normalization of forced labour both within Mauritania and for the export of it to other countries. The gender inequality fused with the normalization of slavery causes women to be devalued, hence commodified and prone to exploitation. Mauritian women and young girls are sold into marriages domestically and to the Middle East for both forced labour and sexual exploitation, forced to run drugs across borders in West Africa, and forced into prostitution. The marginalization of women is so great that a vast number of trafficked women from other West African countries are trafficked to Mauritania. Fraudulent agencies operating in the cities are offering nursing and teaching jobs in the Middle East, particularly Saudi Arabia, to women – who take the opportunity, only to be stripped for documentation and be enslaved upon arrival.

Mauritania is a Tier 3 country due to the government’s incapability to meet the minimum effort required in stopping human trafficking – the first effort to meet this requirement should be to empower and secure women in Mauritania through legal reforms which would diminish their proneness for exploitation. In doing so, Mauritania would become increasingly tough to operate in for human traffickers.