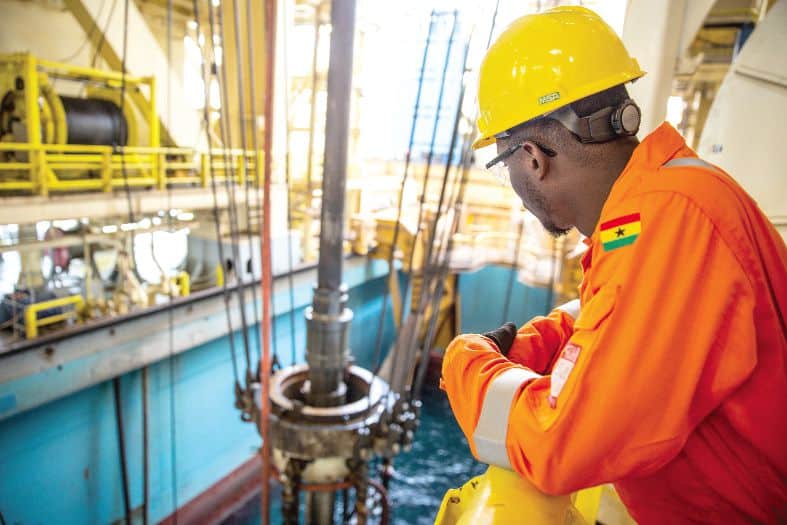 Ghana’s oil industry dates to 1960, when the first company was established – Ghana Oil Company (GOIL). Although it debuted as a private company, in 2007 GOIL became public. As for now it represents Ghana’s top oil company and is the only indigenous petroleum company in Ghana. Since its beginning, GOIL sought to exploit the oil and gas resources available in the Gulf of Guinea all by itself, but little progress was made until 2007 when GNOP partnered with Dallas-based Kosmos independent oil and gas company.

Why does this matter:

The latest discovered the Jubilee oil field 60 km offshore Ghana, with reserves estimated to be more than 370 million barrels. However, in 2012 Tullow Oil faced problems with the production targets set for the Jubilee oilfield. This generated financial problems both for the firm and the Ghanaian government. The productivity declined considerably, leading to reduced revenues for the government.

In October 2018, Ghana launched a bidding campaign, aimed at attracting local and foreign oil companies to explore offshore oil reserves. In December 2018, GOIL announced its newly signed partnership with ExxonMobil and Ghana National Petroleum Corporation (GNPC). The three cooperated for deep-water oil exploration in the Cape Three Points area. This initiative was aimed at bolstering Ghana’s presence in the petroleum industry as a continental player and increasing local oil production. The possibility of discovering new oil reserves was also perceived as a potential upgrading factor for GOIL’s technologies and services.

Springfield Energy founder and CEO Kevin Okyere stated that his company had found proven reserves of 1.5 billion barrels. These numbers represent the double of what the company initially expected. Yet oil was not the only resource to be found. Springfield also discovered 700 billion cubic feet of gas in the West Cape Three Points (WCTP) Block 2, which was recently drilled.

Okyere also added that further explorations are to be made since the block is believed to host a total of 3 billion barrels of oil and gas. With this discovery, the company became the first independent Ghanaian oil firm to have drilled a deep-water well and found oil and gas. Such major discoveries of raw resources create a chain reaction, leading to subsequent investments in infrastructure projects which increase the project’s efficiency. Ghana currently produces around 200,000 barrels per day of oil, from which 150,000 originate from the Jubilee oilfield operated by Tullow Oil.

Although the recent discovery brings about new prospects for Ghana’s economic spectrum, the Ghanaian-exclusive partnership necessitates international investments to exploit the oil and gas reserves’ full potential. Further expertise and technologies are needed to efficiently extract resources. A statement released by the Deputy Minister for Petroleum, Mohammed Amin Adam, reveals that Ghana seeks to improve its strategy to draw investments as competition for African oil and gas investments has become fiercer during the last few years.

Important to note is that although Ghana’s oil industry is still under development and benefits from substantial investments, other domestic industries such as telecommunication, mining and agriculture are gradually being diminished. No local company currently operates in the multibillion-dollar telecoms industry, while the local agricultural production is being threatened by illegal gold extraction. Even in the extractive sector, most of the companies are best known for their support service roles, rather than their leading position in the field.

Ghana is Africa’s second-largest gold producer after South Africa and artisanal mining accounts for about 30 percent of total gold output. The artisanal mining sector was legalised in 1989 for citizens while explicitly forbidding the involvement of foreigners. But since 2010, Ghana has become an attractive destination for foreign gold mercantilists, particularly those from China. According to a local investigation conducted by National Geographic reporters, farmers in Ghana have been told by Chinese gold mercantilists that their land is no longer suitable for cocoa harvesting, due to the toxicity of the gold under the soil. After experiencing low production for consecutive times, many Ghanaian landowners had to sell their properties to gold exploiters – most of them foreigners.

In Ghana, gold mining represents an industry with tradition, being traced back to the Asante Empire of the 17th century. However, during the last few years, illegal gold mining bourgeoned mainly due to both Chinese investors who bring sophisticated equipment and a crippled economy that pushes people into illegal businesses. The unregulated extraction of gold often results in contaminated water and soil, as well as deforestation and rampant violent crime. Another drawback would be the negative effects it has on the local cocoa production. Since gold miners have taken over large swaths of cocoa fields, the price of the bean has plummeted to historic lows on a global commodity exchange, thus negatively impacting the profits of West African cocoa farmers.

Hedging the oil price in Ghana

The Chamber of Petroleum Consumers Ghana (COPEC) has asked the government to consider the prioritization of hedging the oil prices in order to protect Ghanaians from any potential risks caused by current tensions on the international political stage. In economics, hedging prices suppose adopting pre-emptive measures aimed at minimizing the potential downfalls caused by rocketing prices.

This initiative comes as a result of the US-Iran tensions which peaked when Iran bombed US military bases in Iraq, as a response to the US killing of major general Qassem Soleimani. Like any other oil exporter, Ghana was highly impacted by such developments. While increased prices might be convenient for producing companies, the consumers and potential investors face increased costs daily needs and businesses. Moreover, the heightened tensions between Washington and Teheran could have long-term effects on the oil industry. Iran controls the Strait of Hormuz upon which oil transporters are dependent. In a scenario of Iran decided to close down the passing, prices could rocket until a solution would be found.

The “Beyond the Return” initiative

The Ministry of Tourism, Arts, and Culture in Ghana collaborated with Ghana Tourism Authority in 2019 for promoting the country as a leisure destination among its diaspora. The initiative is called the “Year of Return” and encourages Ghanaians living abroad to visit their motherland and to contribute to nation-building by making investments in the Ghanaian economy. For 2020, President Nana Addo Akufo-Addo has launched the “Beyond the Return, The Diaspora Dividend” initiative as a continuation of the successful “Year of Return”. This project is expected to increase even more the diaspora investments made in Ghana. With new oil and gas reserves being discovered in 2019, this year’s project has high potential for attracting large numbers of Ghanaians interested in upgrading their origin country’s economy.