Guatemala’s Elections: Uncertainty in a country of corruption 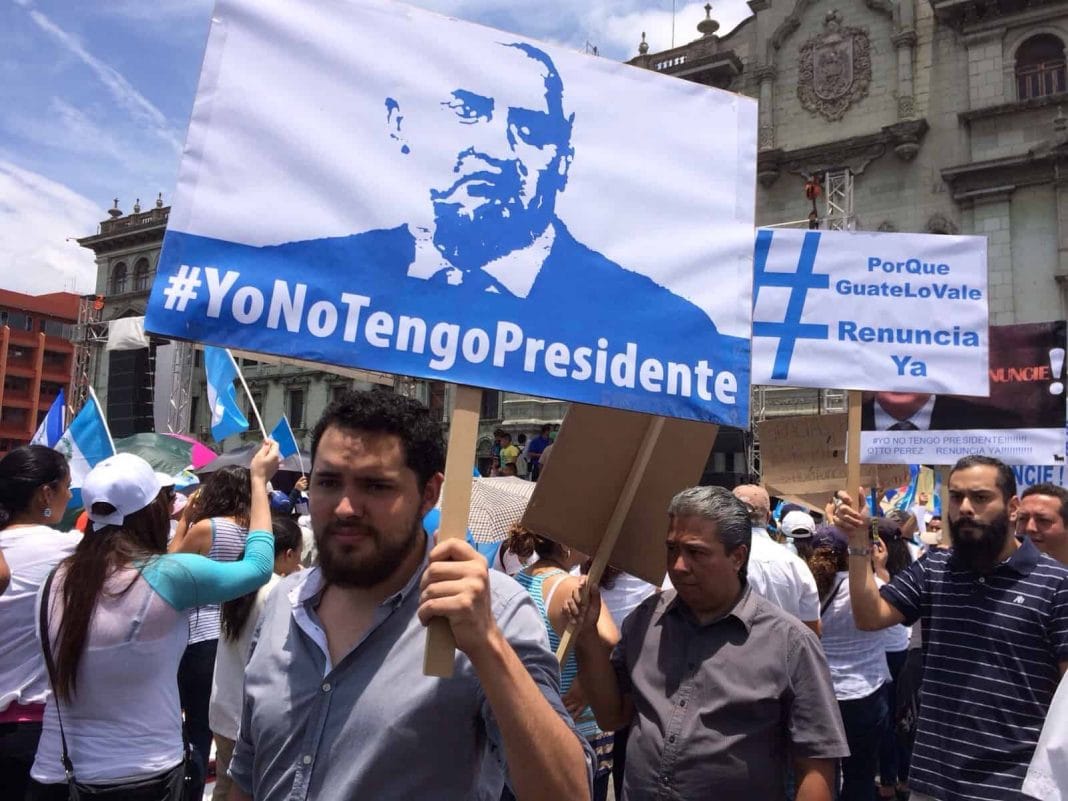 Guatemala cannot seem to shake its legacy of corrupt presidents with links to organized crime. General elections in Guatemala will be held on 16 June 2019 for President and Congress. No fewer than nine former Guatemalan presidents have been accused of misconduct, prosecuted or sentenced to prison terms. The official campaign period kicked off on 18 March.

Already, the three frontrunners all face legal battles and could be removed from the ballot, or even be put behind bars. Iduvina Hernandez Batres, the Director of the Association for the Study and Promotion of Security in Democracy, told Al Jazeera “there is so much uncertainty, two weeks after the campaign began, at this stage there is no clarity as to who the overall candidates will be for the presidency.”

The king of corruption

Guatemala‘s incumbent President Jimmy Morales is constitutionally prohibited from running for a second term during the elections and will leave the office with a legacy of corruption. Morales came to power after an election held in 2015 following the resignation and arrest of former president Otto Pérez Molina. Pérez Molina and his vice president Roxana Baldetti were arrested for corruption related to customs fraud. Baldetti was later sentenced to 15 years in jail for the scandal and is now wanted for extradition to the US on drug trafficking charges.

Morales, a former comedian who won the election with no political experience, campaigned on anti-corruption. He is now being investigated for suspected illegal campaign financing but is currently protected by presidential immunity.

The investigation is being led by the International Commission Against Impunity in Guatemala (CICIG) and Attorney General’s Office, which also brought down his predecessors. CICIG was established in 2007, following an agreement between the government and the UN. The commission’s goal is to “support, strengthen and assist institutions… responsible for investigating and prosecuting crimes allegedly committed in connection with the activities of illegal security forces and clandestine security organisations [ISFCSOs].”

The commission has been considered successful in a country ripe with impunity, but in order to protect himself and his cronies, Morales announced in Aug 2018 that Guatemala would not renew the mandate of CICIG. In Jan 2019, he delivered a letter to the UN revoking the authority of CICIG saying its official had “participated in illegal acts such as malfeasance, abuse of authority, acts against the constitution [and] illegal orders and sedition.” His decision received condemnation from the local and international community. For now, Morales actions have no ramifications, as the Commission’s mandate is set to expire in Sept 2019 with no clear plan for renewal.

A deal with the devil

Not to be outdone in the campaign drama, centre-right presidential candidate Mario Estrada was arrested on April 17 in Miami. It is alleged that Estrada and his accomplice, Juan Pablo Gonzalez Mayorga, sought $10 million from the Sinaloa Cartel to finance his campaign in exchange for aiding the group smuggle cocaine through Guatemala in the event of a campaign win. Estrada had been far behind in the polls with less than 3% and had unsuccessfully run for president three times before.

A statement by the US Attorney’s Office also says that the two men attempted to arrange the assassinations of political rivals. Authorities said Estrada and Gonzalez identified specific targets by name and agreed to provide hitmen with firearms, including AK-47s, to carry out murders. This scandal is reminiscent of the 2007 campaign of former President and husband of now candidate Sandra Torres, Álvaro Colom. It was reported by InSight Crime that Colom received critical financial support from crime groups, including the notorious Zetas in Mexico.

Co-optation of the state

“I think Estrada’s case confirms the way in which many political parties [in Guatemala] fund their campaigns, and demonstrates the continued co-optation of the state,” Guatemalan journalist Sofía Menchú told InSight Crime. However, concerning the three presidential frontrunners, the Constitutional Court will now have the final say on who stays and who is out of the race. It is unclear whether even the highest court in the land can even be counted on to remain impartial in a country so fraught with corruption. While attention has been focused on the presidential campaign circus, violence plagues the municipal elections. Two mayoral candidates were murdered in February, and a local candidate was murdered in March.