Hundreds of thousands of Haitians protested in February to demand the resignation of President Jovenel Moise, and at least seven people died in the protests. The protests unfolded against a backdrop of an economic disaster; a plunging currency, soaring inflation, a ballooning budget deficit, and low growth. Haiti is the poorest country in the Americas, and its economic progress is stunted by a long history of political instability, disastrous foreign interventions, and economic mismanagement. 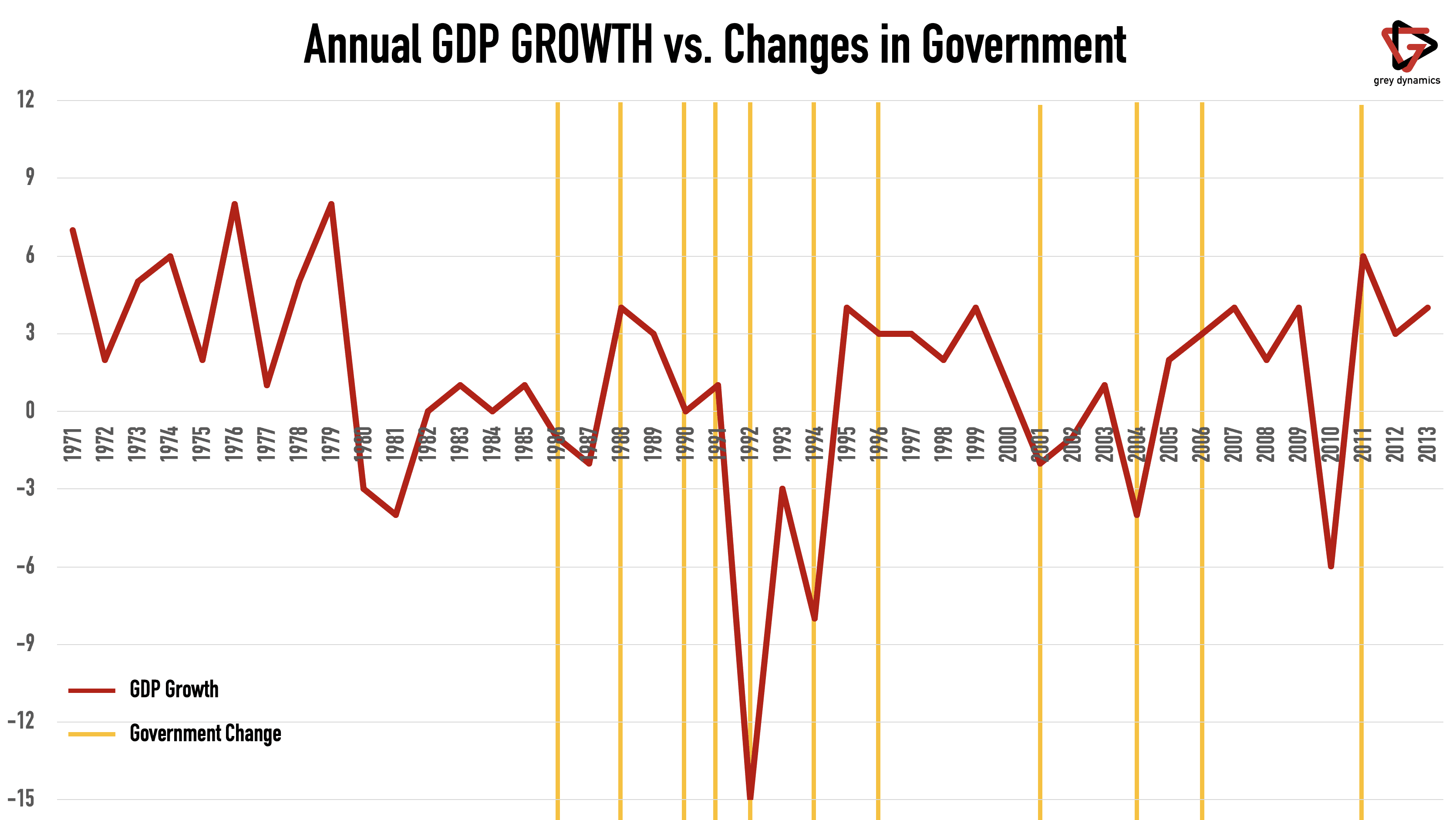 The demonstrations this month were a culmination of mounting social and economic tensions over the last two years. Opposition groups called for protests after a 2017 court report alleged that officials and former ministers had misappropriated almost 4 billion USD in development loans and discounted oil from Venezuela after 2008. The report also suggested that President Moise had been involved in the irregularities. Demands for an accounting of the money continued for years, but a social media campaign started in August and known by the hashtag #petrocaribechallenge ignited a firestorm. The campaign is a broad movement, bringing together distinct groups with a various interests and goals united around a single question: Where did the money go?

Moise was handpicked by his predecessor Michel Martelly, after his resignation under opposition protest. He had never before run for public office. After winning the election in November 2016, Moise was sworn in for a five-year term and with the promise to fight corruption and bring investment and jobs. However, his presidency has been marred by unrest.

The latest protests are only the tip of the iceberg following several tumultuous years. In November 2018 the first protests erupted directly in response to the PetroCaribe scandal. In July 2018 civil unrest was triggered by the announcement of a double-digit increase in the price for gasoline as part of an agreement with the International Monetary Fund (IMF) to eliminate fuel subsidies and boost government revenue. Prime Minister Jack Guy Lafontant was forced to resign as a result.

Humanitarian Crisis in the midst of Anarchy

The week of violent anti-corruption protests in February left residents short of food, fuel and drinking water. Several main streets in the capital of Port-au-Prince were blockaded with burning tires as thousands marched on the presidential palace and threw stones at security forces. The government response was teargas and bullets. Banks, gas stations, and Moise’s personal residence all came under attack. Widespread looting was seen, and many stores shut. Drinking water ran low, as local authorities were unable to refuel the city’s pumping stations.

Amid all the chaos, at least 78 inmates staged a mass jailbreak from a prison, while their guards were occupied with a nearby anti-government demonstration. In an added twist, eight men, including five Americans, one Russian and one Serb were arrested during the days of protest and are being held on conspiracy charges.Of the Americans, two have been confirmed as ex-Navy Seals and one ex-marine.The suspects were equipped with an arsenal of military-grade weapons, body armor and drones. It is still unclear what their mission was in Haiti. One source claims they wereworking for Banque de la République d’Haiti (BRH), the Haitian treasury department.The Miami Herald reported that one of the two vehicles they were using was under the car of an adviser to President Moïse who has since fled the country.”

Moise rejected calls to resign and said he “will not leave the country in the hands of armed gangs and drug traffickers.” The president called for dialogue with his opponents and promised to announce economic reforms. His call for talks with the opposition have not been successful so far. MINUJUSTH has called for democracy to take place “through the ballot box, not through violence” and “free, fair and transparent” elections to take place as scheduled in October. However, is this all too little too late? Moise is considered inexperienced, incompetent, illegitimate to manage and lead the country. The protests this month are just the latest signal of growing discontent with his presidency. According to Jake Johnston of the Center for Economic and Policy Research (CEPR), “there is a crisis of legitimacy concerning Haitians politicians who weren’t able to respond to the population’s needs”. Any politician set to assume the presidency will have much to inherit from Mr. Moise.