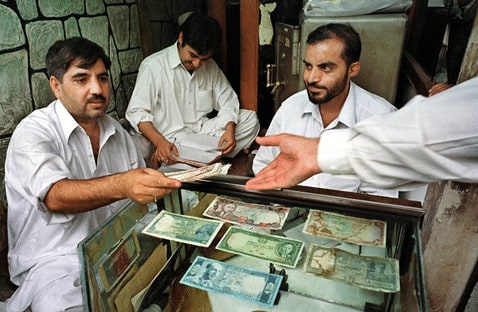 Hawala in Somalia: a summary

Hawala (meaning “to transfer”) is an Islamic-compliant money remittance system used worldwide. Whilst Hawala networks provide a lifeline for sending and receiving money in many communities, Hawala systems in Somalia also provide a relatively unregulated means for money laundering and terrorism financing.

How does Hawala in Somalia Work?

These can be more complex, based on the intricacy of the Hawala system in which the merchants are operating.

There is a widespread use of Hawala remittance systems, with Hawala agencies operating in over 150 countries. Hawala networks in Somalia are particularly prevalent; Somali immigrants in the US send an estimated US$215 million annually to Somalia.

The West has traditionally seen Hawala remittance systems in Somalia as hotbeds for terrorist funding due to the lack of a paper trail instead of ‘traditional’ banking systems. This is, to some extent, true.

A covert investigation by Global Initiative showed that suspected arms dealers accept payment via Hawala networks due to the anonymity that Hawala provides. This is not an isolated incident – Reuters reported that Somali Hawala remittance companies transmitted more than US$3.7 million to suspected weapons traffickers in the last six years. Similarly, evidence suggests that al-Shabaab exploits the Hawala networks in Somalia to finance their terrorist activities.

The most famous case of Hawala networks in Somalia being used to finance criminal activity is al-Barakaat (“Blessings”). Following the 11th of September 2001 attacks, the US designated al-Barakaat, a Somali-based Hawala operator. This was due to early intelligence suggesting a link between Usama Bin Laden and the founding member of al-Barakaat. In 2002, the US, the UN Security Council, and the EU similarly designated al-Barakaat as an entity associated with the Al-Qaida network and placed regulatory sanctions on the company.

However, analysts ultimately could not verify this intelligence following a more comprehensive investigation of al-Barakaat operations. Therefore, the US, UN, and EU lifted sanctions on al-Barakaat in 2012.

There are KYC regulations (Know Your Customer) in place that require customers to provide documentation to remit money via Hawaladars. However, a lack of policing and enforcement of such rules means that remittances via Hawala networks in Somalia are frequently possible without Identity documentation. Despite Somalia’s government passing legislation to Somalia’s Central Bank to allow for the regulation of Islamic banking organisations, Somalia’s Central Bank does not have financial regulatory control over all of Somalia, which causes further regulatory issues.

Due to the nature of the Hawala system, it is difficult for analysts to pinpoint the origin, destination, and intentions of any funds remitted. Similarly, evidence suggests corruption at all levels in regulatory authorities and law enforcement, making comprehensive regulation of Hawala networks in Somalia challenging.

In most cases, Hawala remittance systems are used for legitimate purposes. Expats sending money to their home country or for humanitarian aid overseas are the most common. People use Hawala remittance over other banking for multiple reasons: lack of identification to open a bank account, religious and cultural obligations, favorable exchange rates, and transfer speed.

While cracking down on Hawala networks in Somalia would likely cause a slowdown in terrorism funding, putting restrictions in place would also be detrimental to local communities that rely on the Hawala system for necessities. Research suggests that up to 40% of Somalia’s population relies on Hawala remittances for basic needs.

The continuing increase in banking regulation and the disruption of international travel have hindered Hawala´s ability to continue business. This is excellent news for digital remittance partners and traditional banks. However, it causes issues for Hawaladars and local populations, who rely on these services for survival. Whilst Hawala in Somalia remains a necessity for local communities, the informal remittance system allows terrorists to exploit regulatory and policing shortfalls to move money internationally. More comprehensive and better-monitored regulation of Hawala in Somalia is needed. Till that moment criminals will be able to bypass international AML regulations through such cash networks