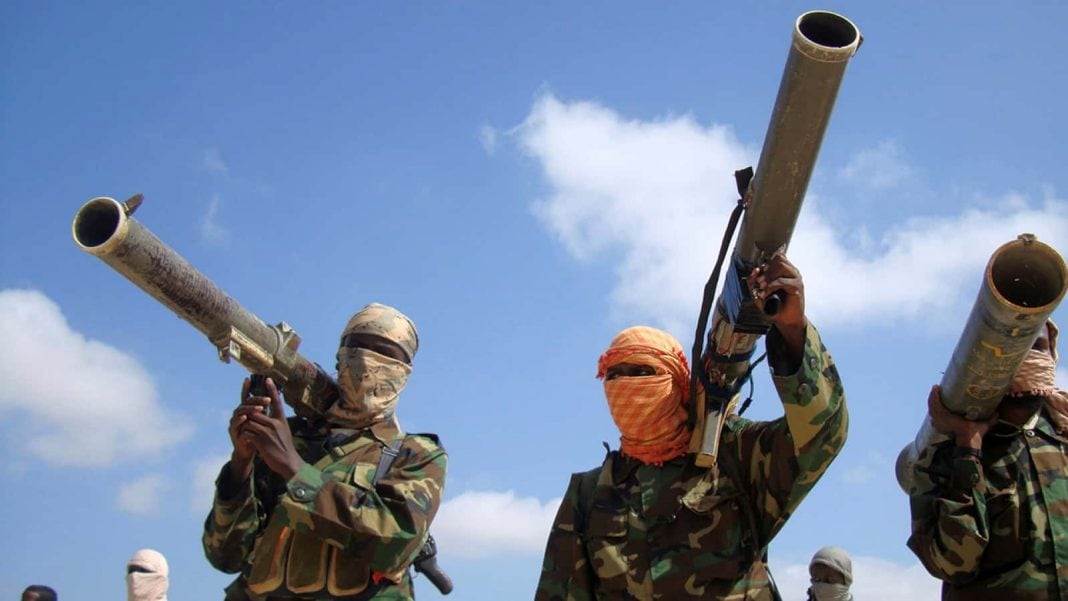 This Grey Dynamics Intelligence Report analyses the Operation High Rise/Zazi Bomb Plot in 2009. This will focus on intelligence-centric lessons that apply to the Al-Shabaab insurgency in Somalia for cooperation and surveillance.

KJ-1. Intelligence surveillance almost certainly aided the failure of this plot. It is likely that surveillance awareness from authorities increased the likelihood of Zazi abandoning the plot.

KJ-3. Against Al-Shabaab, increased intelligence cooperation has, and can continue to foil terror plots. Increased surveillance can increase uncertainty in terror plot perpetrators. Knowledge of deception methods can increase this uncertainty and be useful as a tool for preventative measures.

Najibullah Zazi, with co-conspirators Adis Medunjanin and Zaarein Ahmedzay, plotted a suicide bombing (Operation High Rise) in the New York underground subway. In 2008, the conspirators received weapons training by Al Qaeda in Waziristan. They also acquired further explosives training persuaded to carry out terror attacks in the US. All these despite the intent to join the Taliban in Pakistan. The Al-Qaeda planners, with limited access to explosives, reached a consensus that attacks would achieve maximum casualties. This would happen by targeting highly congested underground trains.

The plan was to target the subway line in Times Square, on trains from and to Grand Central Station. Zazi fabricated explosives triacetone triperoxide (TATP), homemade explosives from the concentrated hydrogen peroxide which Zazi accrued in-salon suppliers in Colorado. Producers fabricated two pounds and transported them to New York. The planned date of the attack was between September 14th-16th, 2009 during rush hour. (08.00-10.00)

US intelligence was unaware of the plot until August 2009. Zazi communicated via email with an Al Qaeda contact in Pakistan which British Intelligence intercepted. September 6th, 2009, 07.14 EDT, an email arrived when the GCHQ recipient at this time was now known to US/UK intelligence services as Al Qaeda affiliated. [email protected] was the sender, which was Najibullah Zazi communicating with the recipient indicating an imminent attack. The FBI initiated Operation High Rise for surveillance on Zazi.

On September 9th agents followed him driving from his home in Colorado to New York, arriving on September 10th. Zazi crossed the George Washington Bridge coming into New York. Port Authority Police under directions from the FBI carried out an inspection. These failed to find explosives and allowed him to continue his journey. NYPD requested information from informant Ahmad Wais Afzali regarding Zazi, which relayed then to Zazi through his father.

Zazi spoke twice with Afzali on September 11th, raising fears he was under surveillance and that someone stole his car. The FBI had taken the car in search of the explosives. Instead, they found nine pages of notes on bomb construction. Zazi had discarded the bombs shortly after arriving in New York, from fears of being under surveillance. Abandoning the plot, Zazi flew back from New York to Denver and FBI agents intercepted him on

September 16th. Authorities arrested and charged Zazi, pleading guilty to conspiracy to use explosives against persons or property in the US. He also pleaded with conspiracy to murder abroad (while in Afghanistan) and provided material support to Al Qaeda. Authorities arrested co-conspirators, Medunjanin and Ahmedzay, in January 2010, pleading guilty after cooperation with Zazi led to their arrest.

Most cases are subject to thwart. In this case, the surveillance partially encouraged the ‘calling off’ which is rare for US domestic cases. These would be less likely to work in Al-Shabaab abroad as they are part of an insurgency and are mentally prepared that their actions will be surveilled.

The US/UK intelligence cooperation, in this case, was an important factor in countering Al Qaeda’s counterintelligence measures in the email correspondence between Zazi and his Al Qaeda connection. The UK bringing the recipient’s relevance to US intelligence awareness, provided instant warning when Zazi reached out via email. This initiated the FBI surveillance system that followed Zazi. There is a realistic probability that the absence of this knowledge could have allowed Zazi to proceed with a terror attack. This indicates the importance of intelligence sharing as a counterterrorism tool.

Intelligence surveillance was key to intercepting the Zazi bomb plot. Without surveillance, Port Authority Police would not have searched his vehicle, if Zazi had not been suspicious of surveillance the explosives would have been found in the vehicle and not been disposed of. Surveillance was important as if the authorities had acted too soon and apprehended Zazi, there could have been explosives existing within the cell to carry out the attack. Monitoring the situation was crucial to avoid Zazi reaching his target.

Failure in counterterrorism can be partially observed in allowing Zazi to reach the George Washington Bridge, this could have resulted in an improvised detonation and loss of life. Apprehension could have been conducted in an area with less risk of collateral lives lost. Surveillance had failed to pick up on discarding of explosives, this could have been intercepted by other members of a cell if the operation was more sophisticated.

Al-Shabaab terror plots are highly sophisticated compared to the Zazi plot and the capacity is increased by the access to highly explosive materials and small arms. AFRICOM has been operating in a counter-insurgency capacity against Al-Shabaab since 2009. By 2016, the group had lost nearly all major strongholds and infrastructure control. Since then, the group has relied heavily on terror attacks and guerrilla warfare against the Somalian and Kenyan states, as well as US assets.

On January 5th, 2020, the group carried out an attack on US forces at the Manda Bay fort in Kenya, near the Somalian border. AFRICOM airstrikes have increased prior to this, as well as terror attacks. Abdisalan Hassan, Nugaal region governor in Somalia died in a terror attack in March 2020. There has been an increase in terror attacks by the group, raising the relevance of intelligence cooperation to apply to this case in thwarting attacks.

Intelligence cooperation between US/AMISOM and regional partners has aided the prevention of terror attacks by the group. This provides situational awareness and is important due to the cross-border/transnational nature of the threat. The sophistication and access to highly explosive materials by Al-Shabaab differentiates from the Zazi bomb plot. In most instances, intelligence surveillance cannot be as patient with potential suspects due to the significantly higher risk. Monitoring the significantly higher volume of intelligence and potential surveillance is problematic and the application, in this case, is far more problematic.

Al-Shabaab operates in rural operational environments, increasing the complexity of surveillance on the group. Considering this and the economic restraints in East Africa, policy advice would be to increase surveillance where it is possible and focus on corroborating and increasing HUMINT surveillance. Increasing surveillance significantly will highly likely increase interception of terror plots, boosted even more by interagency intelligence sharing by regional partners.

Somalian intelligence reportedly had warned of the impending attack, abandoning their nearby base in 2016. Many officials see Kenyan Defence Forces in the Gedo region as an attack on Somalian federal government sovereignty. As Al-Shabaab is highly active in this zone, intelligence sharing will have limits between the partners during operations. As mentioned before, the AMISOM withdrawal will create a greater necessity for intelligence cooperation between Somalia and Kenya. If there are no adaptations, there will be missing intelligence for operation. Unlike the US/UK relationship, Somalia and Kenyan tensions limit intelligence sharing and cooperation. The US can help promote cooperation and serve as a fusion center, after the fact of AMISOM withdrawal in 2021.