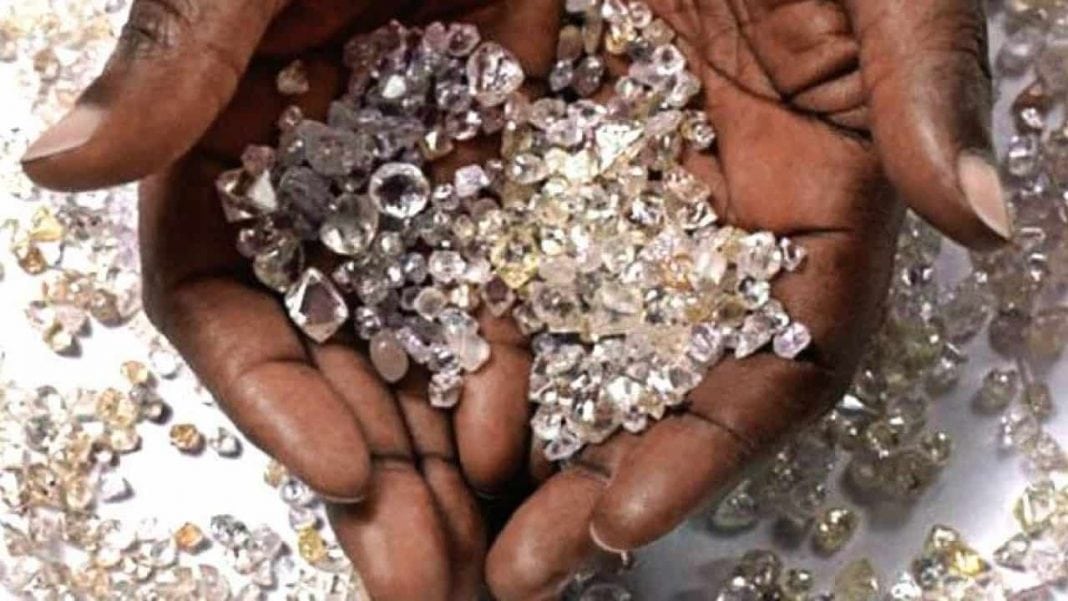 This article seeks to examine the impact of moving, sorting and selling Botswana’s diamonds. Botswana is the largest producer of diamonds in Africa. Diamond already accounts for 80% of Botswana’s export earnings and 35% of its Gross Domestic Product (GDP). According to Grey Dynamics Africa Intelligence Assessment, it is the most important GDP contributor. Mining in Botswana created 3,200 industrial jobs, and it is the largest manufacturing sub-sector in Botswana. There were two opposing views about moving De Beers operations to Botswana. This piece makes predictions on the implications of the former based on recent trends in the global diamond markets.

KJ-1. It is almost certain that Diamond production is reaching its peak. Because there is a realistic probability that it will drop, therefore, Botswana wants to make as much profit as it can before 2030.

KJ-2. Diamond sales are increasing; Also, they now allow sales. Hence, Botswana will make a profit until 2030, even though the sales growth may be less than 3% but over 1%.

KJ-3. If global production drops by about 33% by 2030, the sale and production of synthetic diamonds made from Asia will increase. Hence, Botswana will drop in diamond production and result in a loss of over $1million by 2040.

KJ-4. The price of natural diamonds will increase by over 4% yearly, starting anytime from 2025. This is because the demand will likely increase as global production approaches the forecasted shortage in 2030. Producers like Botswana will leverage this to make more profit than usual before 2030.

Some of the richest diamond mines in the world are in Botswana’s four-diamond mines. Debswana is a joint venture between Botswana and De Beers. It is to mine. De Beers used to sort and sell diamond in London, England. In 2011, Botswana and De Beers signed an agreement to move sorting and sales to Gaborone. In NOV 2013, they completed the move. De Beers is the world largest diamond company, and the diamond market is increasing. This is a positive for Botswana, a country which diamond accounts for a third of its economy. This movement will allow Botswana to sell 10% of locally manufactured diamonds.

…  Particularly in the case of Botswana [the absence of manufacturing] is a recognition of economic realities. Botswana’s best interests are served precisely by having diamonds polished in the places where they can most economically be polished.  Botswana is such a major [rough] producer and the Botswana government has such a clear view about these matters, that they recognize the truth of this.  For a major diamond producer like Botswana, it would be national folly to prescribe that any percentage of their diamonds needed to be beneficiated locally.  What Botswana, as the world’s major producer of diamonds needs to do, is to ensure that diamonds reach the place where they can achieve the highest price and that gives by far and away the best returns in terms of fiscal revenue.

By 2007, De Beers position, under Gareth Penny’s leadership as Managing Director, had changed:

For the African diamond producing countries, beneficiation is not optional, not a passing whim motivated by political correctness, but an imperative, an absolutely essential and critical part of their macroeconomic policy designed to uplift their economies to provide education and jobs and healthcare for their people and to make poverty history…. We [De Beers] don’t embrace this out of misguided enthusiasm or altruism. No, we embrace it because it makes good business sense and because it is the right thing to do

Ralfe argued that producing the diamonds in Botswana will not yield so much profit for Botswana. Penny believed otherwise. However, it is likely because Botswana was already trying to negotiate it, and De Beers wants to keep its partnership with the world’s largest producer.

Local sources affirm that the movement improved employment in the country. However, some are sceptical about the ownership of the venture. It is reported to be 50/50 but others some believe it is 51/49, and the larger share belongs to De Beers.

The cost of diamond processing in Botswana is high based on the South African Fridge report. However, De Beers had to change its corporate strategy to adopt local beneficiation of rough diamonds. This new strategy required that Botswana’s government allowed future access to rough diamond reserves and ensure profit.

Beneficiation here refers to a process of improving the diamond’s economic value. For diamond processing, also involves downstream activities like cutting and polishing. It creates additional economic value to a producer country beyond just the value of the rough diamonds it produces. Botswana reached agreed with De Beers to sell 10% locally. Mining, sorting, and polishing moved to Botswana.

Here are some considerations from the market trends that inform the key judgements: