IoT and Blockchain Against Corruption 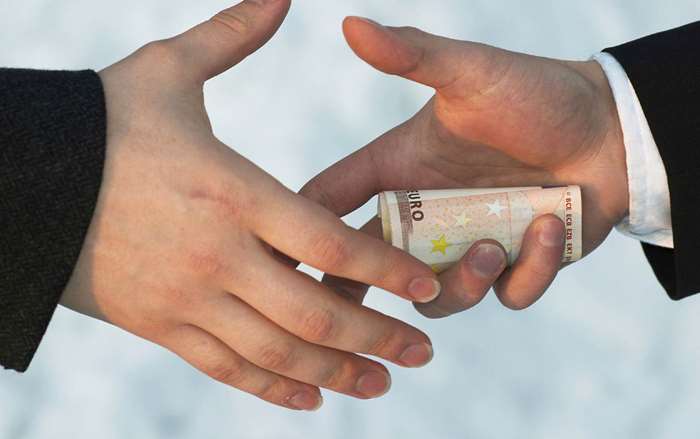 Government corruption in developing countries is a crippling issue that has no easy solution. Organisational culture, values, economic conditions and other drivers create a vicious cycle of motivation for government corruption, and there is obviously no easy solution. However, there is emerging technology that may be able to assist in the fight against corruption, such as IoT and blockchain, which, working together, may aid international efforts against corruption.

Internet of Things (IoT) is a system of interrelated computing devices that use unique identifiers (UIDs), not dissimilar to the internet that already exists, but extending to every-day objects and more. A sector in which it already has use is in logistics, where simpler RFID approaches may be phased out in favour of IoT.

One article suggests that IoT can aid in inventory tracking and location management systems. Blockchain based technology creates a decentralised ledger that can record data across many computers, such that no one node (such as a computer or mobile device) can unilaterally make changes without creating an entirely new ledger.

Use of IoT and blockchain is not entirely theoretical. It is well known that most crypto currencies are blockchain based, and have no central governing authority. Less well-known are companies such as 14 bis Supply Chain, which currently provides blockchain based logistics for the US Airforce. This enables supply chain tracking, traceability of parts, and has other potential benefits. Easier tracking, clear chains of possession, and data generation are just some of the benefits available if this technology were extensively used in government.

Assessment: Internet of Things (IoT) and blockchain technology are democratising technologies that have the potential to assist with anti-corruption efforts. The effective democratisation of data ledgers, and de-centralisation of power, has untapped potential. It is an opportunity to greatly benefit people in developing countries. Additionally, for tech start-ups, it represents a huge financial opportunity.

Any system is only as strong as the weakest link, and enterprising individuals within and outside of government will always find the weaknesses of any anti-corruption efforts or government systems, to continue their illegitimate activities. As IoT becomes more wide-spread in many devices (40% of worldwide households contain at least one IoT device), so the attempts by people to hack or exploit IoT to their own benefit will increase. The concept of IoT as a means by which every item in your network is a connected node is a huge proliferation in vectors for attack and exploitation. This is a huge and developing area of security risk.

Assessment: Any counter for corruption is only as strong as the weakest link: IoT and blockchain is far from a panacea, and has its own ways in which it can be exploited, if improperly implemented. That said, the aim is not eradication of corruption, which is unrealistic. Rather, the goal is a significant reduction and raising of the complexity of schemes required to successfully perpetrate government corruption.

IoT and blockchain are new technologies. Blockchain was invented and popularised by Bitcoin in 2008, and though its use is little understood, it has proved useful beyond being a flashy tech buzzword to entice investors. While IoT may not be old (it was discussed as far back as the 1980s), practical, economically viable use of IoT has been enabled by changing global conditions, and it is only now coming to the fore and seeing use beyond the tech sector, entering logistics. The market for, understanding of, and penetration of these technologies is weak. That said, blockchain based voting systems have been trialled in several locations, including Japan, Switzerland and West Virginia.

Assessment: IoT and blockchain have yet to completely disrupt other sectors. It is immature technology requiring further development and thought. Once these technologies have matured, it is likely that they will be used in other sectors such as in countering government corruption. That said, use is not entirely theoretical, as evidenced by trialling blockchain-based voting systems. Use of blockchain and IoT together in an integrated system is however, mostly theoretical at this point.