Human Rights was Ignored in Equatorial Guinea: What is Next? 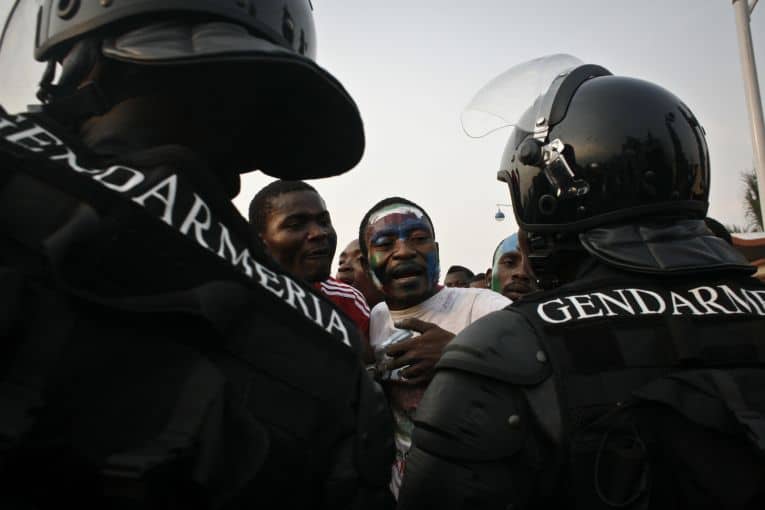 The Republic of Equatorial Guinea lies west of Central Africa between Cameroon and Gabon: the rectangle-like white piece between Gabon and Cameroon. It is one of Africa’s smallest countries with an area of 28,000 sq. km. Over two-third of its total population, which is about 1,345,873, live below poverty line despite being 31st by GDP ranking. A few share the oil wealth. This condition had been before they discovered oil. Hence, the oil wealth amplified what was already at play.

Francisco Macia Nguema was the first president in September 1968. After the country gained independence on October 12, 1968. Their first president ignored the values of human rights leading to the death and expulsion of one-third of the population. The country descended into chaos and the economy collapsed. President Francisco Macia Nguema’s nephew, President Teodoro Obiang Nguema Mbasogo became president in 1979, and has been in office for over 40 years continuing the legacy of his predecessor.

Based on Grey Dynamics Africa Intelligence Report, conditions surrounding how Teodoro Obiang Nguema Mbasogo became President and the trends of his administration show that it is almost certain that neither human right nor the wellness of Equatorial Guineans important. This explains the deteriorating civil and political freedom, and refusal to implement laws and policies that tilts towards injecting some freedom.

One of the first characteristics that became clear when was the continuity in shrinking the civic space. His administration uses violence, repression, intimidation and harassment to maintain control. The media are co-opted, harassed, intimidated, or forced to self-censor while the people live in fear. Although inexhaustive, the following describes the experiences in Equatorial Guinea:

Since 2005, the Police Force in Equatorial Guinea has been undergoing human rights training facilitated by Military Professional Resources Inc., a United States company. In 2006, the President declared an end to torture; and has made attempts to improve the prison conditions. Equatorial Guinea’s government accepted recommendations A to Y of the Human Rights Council Working Group on the Universal Periodic Review Thirty-third session 6–17 May 2019. This provides an opportunity that can be leveraged.

If the following are under certainty:

While it is almost certain that:

It can therefore be concluded that even though dissent and chaos is almost certain, but the “when” is undetermined, there is a realistic probability that nothing will change concerning the human rights of Equatorial Guineans.

The scale below is based on Grey Dynamics Africa Intelligence Report. It represents an estimate of the degree of fear. This is confirmed by a local source (A2).

If, against all odds, the government of President Obiang’s government represented by Alfonso Nsue Mokuy at the United Nations’ Universal Periodic Review (UPR) fulfils its promise for a “new paradigm of respect for human rights and fundamental freedoms”: