Human Trafficking from Laos: How, Why, and Where? 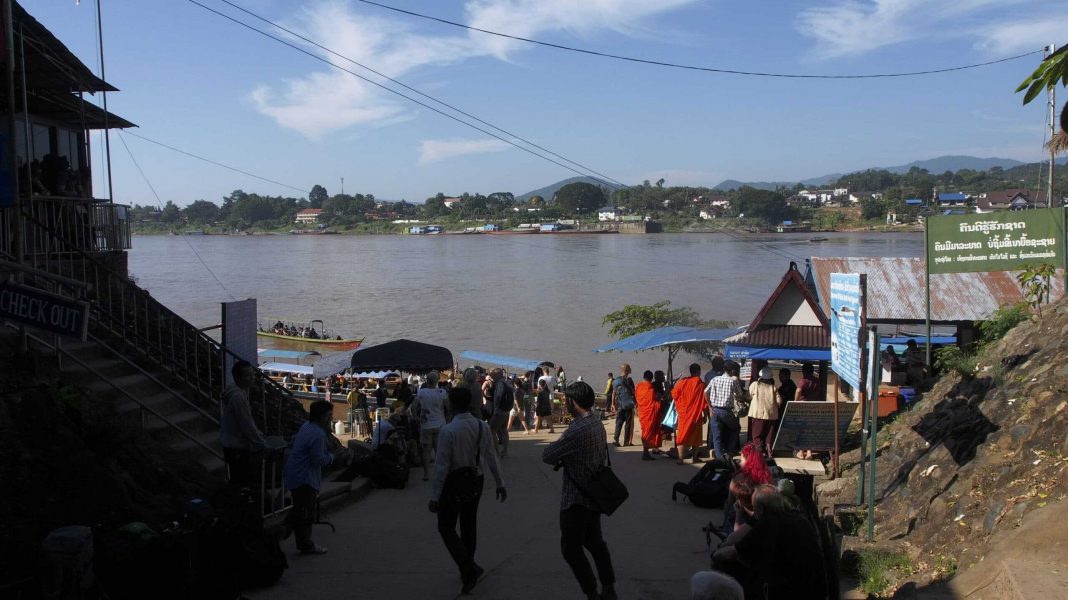 Laos, officially named Lao People’s Democratic Republic (PDR), is a Southeast Asian country bordering China, Vietnam, Cambodia, Thailand and Myanmar. As part of the so-called ‘Golden Triangle’ (the intersection between the Lao, Myanmar, and Thailand), it is common for illicit goods to move between these countries. This includes a large amount of Human Trafficking.

This Grey Dynamics article will examine the nature of Human Trafficking originating in Laos and the contributing factors.

Human Trafficking is the world’s most lucrative illicit trade. Whilst exact numbers are impossible to ascertain due to their informal and undocumented nature, reports estimate that over 20.9 million people were victims of Human Trafficking in 2011. Of this, 34% occurs in Asia. Specifically, Laos is a prevalent source of persons trafficked to other areas of South East Asia.

Laos shares a large border with Thailand, much of which along the Mekong River. The move between Laos and Thailand is relatively easy – as such, migrants can enter Thailand with relative ease at many unattended border areas, often by foot, car, or boat.

Many victims of Human Trafficking travel voluntarily, under the false premise of employment or education opportunities in another country. Laos citizens are particularly susceptible to these tactics as Laos is an impoverished country. For this reason, the majority of persons trafficked from Laos are young people between the ages of 12 and 18 years old.

Similarly, reports have shown Laos to have a high corruption index. Corruption comes in many forms and facilitates Human Trafficking in multiple ways, according to the UNODC:

The COVID 19 Pandemic has exacerbated existing social, political, and economic issues in Laos. The US Department of State Office to Monitor and Combat Trafficking in Persons reported that the pandemic increased the vulnerability of Lao nationals, leaving them more susceptible to established trafficking techniques. As a result, Laos citizens are lured into marriages and sexual exploitation, mainly in China.

Laos does have formal channels for the movement of persons to Thailand through the Memorandum of Understanding on Cooperation in the Employment of Workers (MoU). However, the lengthiness and expense of using these channels make the scheme inaccessible for most Lao people. The UN found that “migration through informal channels costs between THB 2,500 and 3,000 compared to the THB 20,000 or more for migration using official procedures”. As a result, most Lao migrant workers will use informal, undocumented channels, leaving them more open to trafficking and exploitation.

Most victims of Human Trafficking are trafficked to Thailand or China, though other destinations such as Vietnam and Malaysia are also possible.

Estimates suggest that around 90% of trafficking from Laos is to Thailand. This is because of Laos’ long border with Thailand along the Mekong River. This stretch provides opportunities for undocumented and illegal crossings between the two countries.

However, more recently, there has been a decline in the number of victims of trafficking being identified within Thailand. This does not necessarily correlate to a decrease in trafficking – human traffickers keep collaborative networks with Lao intermediaries to facilitate the recruitment of victims.

Trafficked persons from Laos are forced into multiple industries, including sexual exploitation, forced labour in manufacturing and agriculture and other tasks.

Frequently, traffickers seize victims’ documentation and sell it onto the black market, making a return more challenging for trafficked persons.

Lao PDR has been working with the UN since 2018 and supporting research to identify the critical drivers of trafficking and prevent this. Laos, as of 2019, is in the US Department of State Tier 2 (Up from Tier 3 in 2018) within the Trafficking in Persons Index, indicating:

“The Government of Laos does not fully meet the minimum standards for the elimination of trafficking but is making significant efforts to do so.”

Laos has been making a concerted effort to improve political and social provisions to prevent Human Trafficking. Whilst there is significant progress, there is still a long way to go. Lao authorities have significantly stepped up anti-trafficking controls and surveillance at border crossings and increased anti-trafficking education initiatives.

NGOs such as World Vision have initiatives to prevent Human Trafficking in the region. These schemes aim to increase education and employment opportunities to make local communities less likely to become victims of this exploitation.

Human Trafficking from Laos remains a lucrative and relatively low-risk trade for international criminals. Due to the informal channels of recruiting persons, ease of undocumented travel, and lucrative monetary reward coming from this trade, it is highly unlikely that this activity will cease in the near future. Unless a concerted multinational legal effort is made to crack down on this behaviour at borders and elimination of corrupt officials, trafficking networks will continue to move and sell persons through existing trade routes illegally.