The past century has seen repeated and noticeable examples of powers failing to combat an insurgency. Iraq, Afghanistan, Vietnam, Algeria, Kashmir, Angola, and more all point to a seemingly obvious conclusion. Popular understanding of counterinsurgency holds that it does not work. However, there are specific examples where these types of campaigns are successful. Examining such events with a critical lens is essential for the future. In doing so, key factors emerge that help explain why these campaigns found success when so many others failed. Such is the case with intelligence and the Malayan Emergency.

1. What was the Malayan Emergency?

The Malayan Emergency refers to the conflict between a communist insurgency and British and Commonwealth forces in British Malaya. It lasted 12 years, from 1948-1960 [source].

The Malayan Communist Party organized the insurgency, while the Malayan Races Liberation Army (MRLA), their armed faction, fought it [source]. Malayan Peoples Anti-Japanese Army (MPAJA) formed the roots of the MCP [source]. The MCP legitimized their struggle by portraying the conflict as a war of liberation, much like how the MPAJA portrayed itself [source]. During World War 2, the Allies supplied the MPAJA with tons of supplies to harass the Japanese, which had seized British Malaya in 1942 [source]. However, towards the war’s end, the MPAJA hoarded these for future use [source]. Upon liberation and the re-establishment of British rule over the colony in 1945, the MPAJA reformed as the MCP [source].

The MCP immediately began a campaign to destabilize the newly formed colonial authority. This involved:

Terror attacks escalated, and the colonial administration declared a state of emergency under pressure from political elites on the 3rd of August 1948 [source]. The Malayan Emergency had begun.

1.3 Support for the Insurgency

The MPC and MRLA did not enjoy the widespread support of the population. Their support base was formed (almost) exclusively by the Chinese minority, who comprised approximately 38% of the population [source]. Most of these supporters were displaced persons (squatters) who had fled densely populated areas in favor of the jungle, mainly during the Japanese occupation [source]. This support allowed the MRLA to conduct their insurgency for extended periods, far from centers of government control. However, Chinese support for the MCP was hardly universal. Chinese societal elites dominated the economy [source]. Moreover, many Chinese were supporters of the Nationalists who were against Mao and the Chinese Communist Party [source]. These segments of the population were not interested in communist governance.

1.4 The Course of the Emergency

By the end of 1955, it became clear to the MCP that the insurgency was hopeless [source]. Commonwealth forces prevented the MRLA from forming conventional units capable of winning pitched battles [source]. Fortified hamlets isolated the insurgents from population centers [source]. Public information and welfare programs turned the population against the MCP [source]. All of this was due to the successful collection, analysis, and use of intelligence. By 1960, the threat of the MRLA had diluted so much that the Emergency was over [source]. There were no grand battles, no final stands. The MCP and the MRLA slowly withered and died, ending the insurgency with minimal losses. Over 12 years, just 6,710 insurgents were killed [source].

Despite ultimate success, poor intelligence hampered the early actions of Commonwealth forces [source]. The first three years of conflict were an abject failure for the British [source].

Most damningly, intelligence did not anticipate the insurgency [source]. As a result, precautions were not taken [source]. Initial forecasts after its outbreak were overly optimistic, and thus resources that would later be needed were unavailable [source]. Communist losses in the field could quickly be replaced [source]. Targeted killings of police officers paralyzed the implementation of law and order across the territory [source]. As a whole, intelligence was fragmented and ineffective [source].

Changes occurred only when General Sir Harold Briggs arrived in 1950 [source]. Briggs quickly recognized that intelligence in the theater was poor and immediately set out to improve it [source]. Initially, two sections comprised Commonwealth intelligence; the Special Branch (SB) and various military intelligence units [source]. An intelligence-sharing advisory committee was established in May 1950 [source]. In August, a director of intelligence position was created, whose job was to coordinate intelligence-gathering activities [source]. The head of the SB would hold this position [source].

Briggs’ successor, Field Marshal Sir Gerald Templer, continued this effort upon his rise to office in 1952 [source]. Under Templer’s watchful gaze, intelligence became the “absolute top priority” [source]. Templer separated the director of intelligence position from the SB and granted it additional powers [source]. This had two effects. First, it allowed the SB to focus on intelligence operations against the MCP [source]. Second, it allowed the intelligence director to better support Commonwealth forces in their specific roles and allowed for better analysis of gathered information [source].

The role of the SB expanded under both men. As a branch of intelligence under the police, the SB had an instrumental part to play. Counterinsurgency intelligence was the jurisdiction of civil authorities. As a result, SB took the lead in gathering intelligence about the MCP and MRLA [source]. Briggs permanently staffed SB members in State and District War Emergency Councils, the command organs of the Commonwealth effort members [source]. This had the effect of significantly increasing coordination between the police and the military [source]. Additionally, Commonwealth military liaison officers were attached to SB offices to provide forces in the field with timely and accurate intelligence on the enemy, enabling tactical action [source]. SB interrogation teams used captured insurgents as interrogators. Alternatively, the SB turned captured insurgents who then informed on their former comrades [source]. Civilian trust in Commonwealth forces grew, and the SB created a network of informants [source].

These changes were instrumental to the Commonwealth’s success in the Malayan Emergency. Patrols gathered ground-level intelligence and denied areas of the countryside to the insurgents. Analysts combined this with higher-level intelligence gathered by the SB about wider MCP and MRLA activity [source]. These efforts allowed targeted actions to eliminate or capture large numbers of communist insurgents [source]. These actions complemented other government initiatives, such as moving susceptible populations out of MCP reach.

4. What Ended the Malayan Emergency?

To be clear, intelligence is not the only reason for the Commonwealth’s success in the Malayan Emergency. It is one part out of many, all working with one another. By containing the insurgency’s reach and capacity for harm, intelligence gave Commonwealth authorities time to institute necessary political reforms [source].

Templer continued and intensified these initiatives. This had the effect of turning the tide within four years [source].

Military means did not solve the Malayan Emergency alone. By 1955, civilian rule returned [source]. In 1957 officially became Malaysia independent [source]. Malayans now conducted the counterinsurgency campaign, continuing the military practices described above [source]. They also instituted political changes that brought the Emergency to an end. The government offered amnesty to insurgents that surrendered themselves [source]. The end of colonial rule robbed the MCP of one of its most potent rhetorical tools for recruitment [source]. Newfound independence, as well as the defeat of the nationalists in the Chinese Civil War, energized both Malayan and Chinese anti-communist sentiment [source]. Political accommodation proved an important counterinsurgency tool that enabled the Emergency to end.

Intelligence during the Malayan Emergency was an essential factor in the success of counterinsurgency forces. Yet, it was not the only factor. It enabled and worked alongside other military measures to buy the time necessary to craft and implement political solutions.

The Malayan emergency, therefore, is not a universal playbook. It has lessons, to be sure. Countering an insurgency requires a multifaceted approach, of which military means is just one aspect. The importance of intelligence is one such lesson. But applying these lessons requires tailoring for a specific context and creative application. 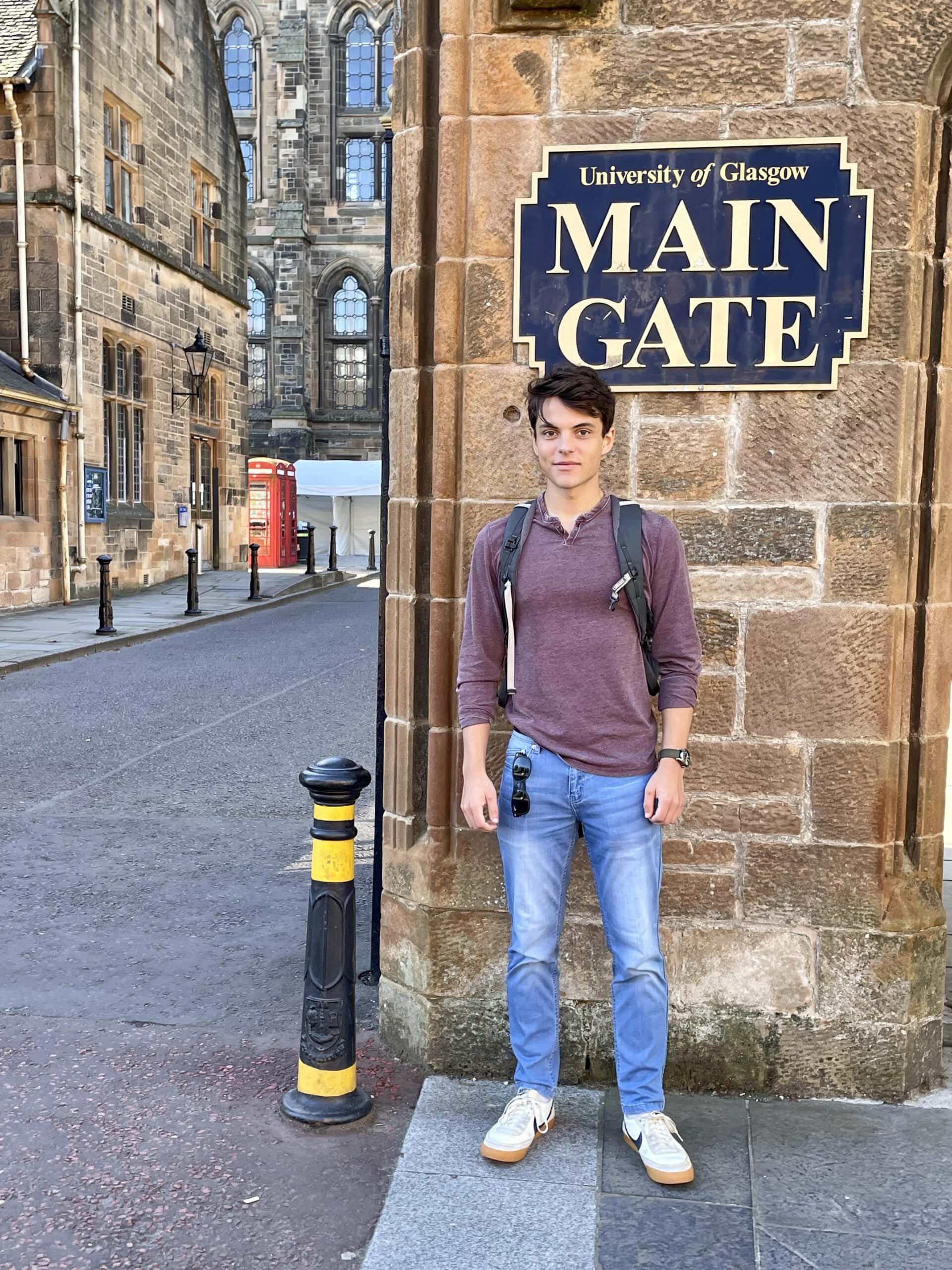