AFCON 2019: Is Egypt secure enough to host the African Cup of Nations? 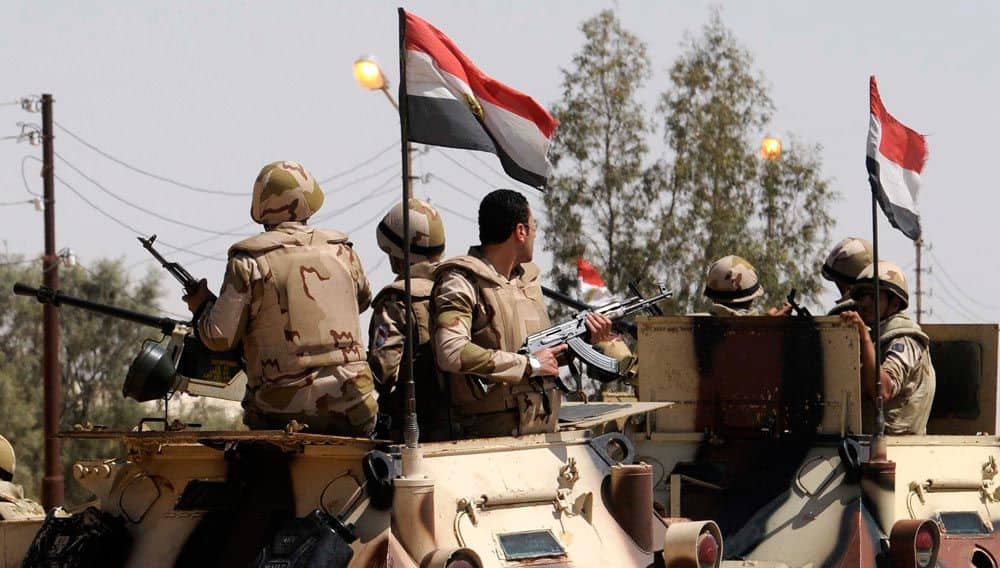 The 2019 Africa Cup of Nations (AFCON) was originally scheduled to be held in Cameroon this summer from 15 June to 13 July. In a meeting of the Confederation of African Football (CAF) on 30 November 2018, Cameroon was officially stripped of the responsibility of hosting the finals due to failing to meet infrastructure and security requirements. The security concerns were based on the Boko Haram presence in northern Cameroon and the Ambazonia conflict between separatists and the Cameroonian army in the south. As a result, Egypt was chosen the host after a CAF meeting in January 2019, who have their own security issues.

As Egypt was picked to host the 2019 Africa Cup of Nations and it was moved from the original dates to 21 June to 19 July to accommodate Ramadan. For the first time, the finals will consist of 24 teams instead of 16, which means more supporters are likely to arrive in Egypt to cheer their country on. The games were originally intended to be spread over eight venues in five cities, then reduced to six venues in five cities before the final modification decided to spread the tournament over six venues in four cities; Cairo, Alexandria, Suez, and Ismailia.

Since the Egyptian Revolution in 2011, there has been much turmoil in the country. As this graph indicates, violence and turmoil have been constant for years while particularly the period between the ousting of Mohamed Morsi in June 2013 and the election of el-Sisi in June 2014 saw a steep increase in riots.

What this graph fails to show is the spread of violence which essentially existed in most cities along the Nile as well as it was widespread on the Sinai Peninsula. All host cities of AFCON 2019 were plagued with violence and riots in this period. Since el-Sisi came to power in June 2014, there has been a decline in violence in general while it has increasingly been contained and limited to the northeast Sinai Peninsula close to the Gaza border. This is because el-Sisi bolstered the security services who also have been accused of torture and excessive use of force in their mission to curtail violence. In Sinai, el-Sisi has established security cooperation with Israel and local Bedouin tribes on the Peninsula which is described in more detail here. This has paid off, as this map shows, from January 2018 until 23 May 2019, violence has diminished and largely been contained and kept out of urban areas. Among host cities, only Cairo and Ismailia experienced attacks from violent groups in this period. In 2019, only Cairo has experienced violent attacks out of the hosting cities.

While it seems that Libyan spillovers is a problem for Tunisia and Algeria due to the geographic nature of the current conflict, and the jihadist Islamic State Sinai Province, previously Ansar Bait al-Maqdis, has been contained in Sinai, an attack on 19 May proved that security still should be a concern in the Egyptian capital. On the 19th of May, an explosion targeted at a tourist bus in Cairo, close to the Giza pyramids, injured 27 people and that just a month before African football fans are to arrive the capital in masses.

Behind the attack was the Hasm Movement. The Hasm Movement is often described as the armed wing of the Muslim Brotherhood (MB) in Egypt and by others as an armed group with links to the MB while MB themselves denies any involvement with Hasm. Regardless of the extent of their affiliation with MB, it is likely that their violence is highly politically motivated and aligned with the interests of MB. In that case, it was ultimately el-Sisi who ousted the MB’s own Mohamed Morsi and has since increased efforts to demonize the MB. Just a few weeks ago, the US decided to designate MB as a foreign terrorist group, shortly after a meeting between el-Sisi and President Trump.

A day after the bus bombing in Cairo, Egypt’s interior ministry issued a statement saying that the Hasm Movement was planning ‘to carry out a series of attacks during the coming period to trigger chaos.’ It added that it had conducted raids on two of group’s hideouts, one of which was a bomb factory, and killed 12 members of the group in the clashes.

On 19 May 2019, the Hasm Movement proved that they have the capability to carry out attacks in the capital and an event such as the Africa Cup of Nations could be a prime target to weaken el-Sisi’s who is one of the Brotherhood’s most powerful enemies. The group’s intent became evident with the statement of the interior ministry, in which one can conclude that attacks, if not planned, was outlined. The seriousness of the threat speaks for itself based on the raids conducted which killed 12 Hasm fighters but leaves the question of whether the threat is neutralized or if the group has added another motive, revenge.