Wilayat Sinai Attack on Gas Pipeline in the Sinai Peninsula 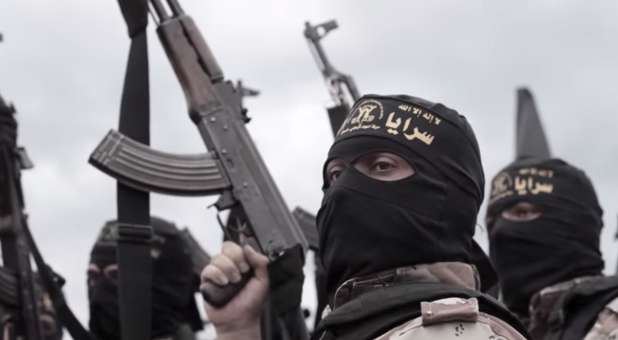 The insurgency in Sinai has continued, despite major government efforts, and is doggedly persistent. The insurgency and counter-insurgency operations have had major negative effects. Human Rights Watch suggested in 2018 that 420,000 required humanitarian aid in Sinai as a result of the counter terror operations, with many unable to get basic supplies such as cooking gas, food, or medicine.

In 2018, and despite difficulties in gathering data, there were an estimated 82,000 internally displaced people in Egypt. Nearly all of the conflict-related IDPs were from Sinai. Destruction of homes near the Gaza strip in the Rafah in 2015 caused 78,000 displacements. Though some were resettled, the problem of IDPs is ongoing – in 2018, there were an estimated 15,000 new IDPs. Though the number of attacks undertaken have taken a drastic fall, most of the attacks in Sinai are now undertaken by Wilayat Sinai, the local Islamic State affiliate. See figure 1:

Egypt has deployed a brute force approach to destroying this insurgency. Operations include mass removal of population, imposition of a security area into which media / NGOs cannot enter, deployment of up to 42,000 soldiers in 88 battalions. Authorities arrested tens of thousands of individuals (when the largest group, Wilayat Sinai has an estimated strength of 1000) and claim a headcount of 7000. Available data suggests that attacks, arrests, deaths and fatalities have been greatly reduced since their height in 2015.

Assessment: Attack is symptomatic of a wider insurgency problem that could develop further if Egyptian response does not evolve to deal with the threat properly. Brute force methods have largely restored security. Ending the insurgency completely requires a different, population-centric structured approach targeting the causes of insurgency, rather than the insurgency itself.

Wilayat Sinai has exploited several negative sentiments in order to win over the local population and become the dominant terror group in Sinai. First among them, the insurgency is driven by the feeling that the central government in Cairo does not care for the population in Sinai, that suffer from extreme poverty and neglect.

The insurgency morphed somewhat with the 2013 military coup that removed the Islamist Mohammed Morsi from power. Where the initial insurgency was dissatisfied Bedouin tribesmen, it is now driven by radical, violent Islamist ideology. The February 2020 attack on the gas pipeline is claimed to be not only against the Egyptian government, but also against Israeli-American gas operations off the shared coast of Israel and Egypt.

Assessment: Wilayat Sinai and other groups always exploited disenfranchised population, but this attack differs. The attack exploits virulent anti-Israeli feeling in the Sinai population that stands in contrast to friendly Egyptian-Israeli government relations. Attacks such as these may widen IS support in Sinai, in Egypt, and in the wider region. Attacks force counter-terror operations to defend Israeli economic interests, and reinforces the perception that the Egyptian government is an apostate government working with non-Muslims for its own material benefit.

Authorities and Leviathan (the American-Israeli gas company) claim that the attack has had little direct impact on the flow of gas. The attack was on a small scale, with one location being bombed by a few gunmen in a four-wheel drive vehicle. Given the extended nature of gas pipelines going across Sinai, the attack is of a lower complexity. Furthermore, there are no reported casualties.

Assessment: This attack (and others like it) have the potential to scare investors and exacerbate Egyptian economic woes, despite a small kinetic impact on the gas network in Sinai. The Egyptian authorities, aware of this, will be highly likely be forced to respond with searches and arrests. Existing commercial entities in Sinai, as well as the Egyptian government, have every motive to downplay this attack, and their statements on the attack should be understood with this in mind.