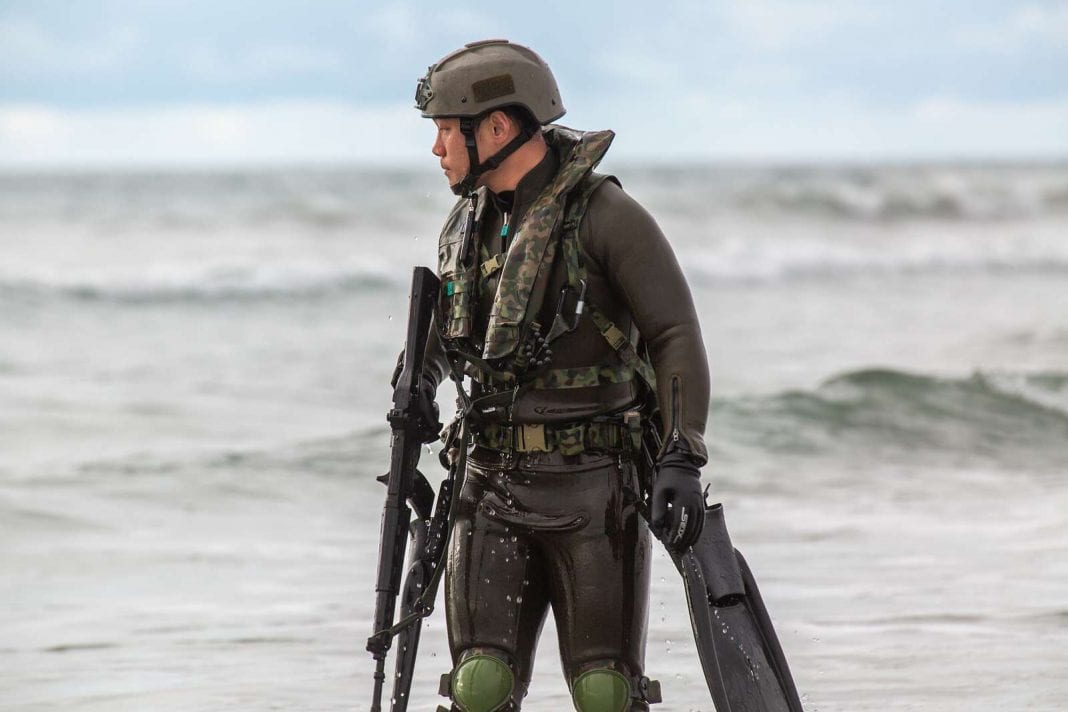 The unit was initially proposed in 2013 within the 2013 National Defence Program Guidelines, due to insights gained in joint naval exercises with the US. As a result, Japanese Defence authorities ultimately founded the  Amphibious Rapid Deployment Brigade in 2018.

The unit’s aim is to monitor maritime activity in the area and secure Japan’s coastline, as well as its many islands. This includes the “full-fledged amphibious operations for swift landing, recapturing, and securing in the case of illegal occupation of remote islands”.

Japan has some 6,900 islands and 30,000 kilometres of coastline, which therefore makes naval capabilities of paramount importance.

Long-standing disputes over the status of territories within the East and South China Seas have been exacerbated by recent Chinese advances towards the Senkaku islands. Both China and Japan have been looking to increase presence in the region for security purposes.

Due to the continuous ongoing joint drills and training exercises, many analysts see the ARDB as a method of strengthening the Japanese-US security alliance.

The ARDB has around 2,100 personnel. However, the Japan Ground Self-Defence Force (JGSDF) has planned to expand this to a membership of 3,400 personnel.

Similarly, the Brigade has significant resources at its disposal, including:

In terms of arms, the ARDB is reported to have:

The ARDB as a unit sits under the JGSDF, under the command of the Ground Component Command.

The following regiments comprise the ARDB:

The ARDB conducts regular joint training with the US Marine Corps. These training exercises began in 2018. The exercises continue, with regular cooperation between Japanese and US forces, as well as the Philippines.

In March 2021, Japan established a new unit, called the 301st Electronic Warfare Company. This unit, also working under the operational control of the Japan Ground Self-Defence Force (JGSDF). The unit is based at Camp Ainoura in Sasebo on Kyushu Island, alongside the ARDB. The 301st EWC will work closely with the ARDB to ensure the security of Japan’s Southern remote islands, in light of increasing tension in the area. The combined specialities of both the ARDB and the 301st EWC will no doubt significantly improve Japan’s operational capacity in these remote maritime regions.

The ARDB is a highly specialised naval unit of the Japanese Ground Self-Defence Forces. The unit aims to protect and reclaim disputed territories of strategic importance to Japan. However, China sees the new unit and increased operation with regional powers as an act of aggression, potentially causing further political instability.