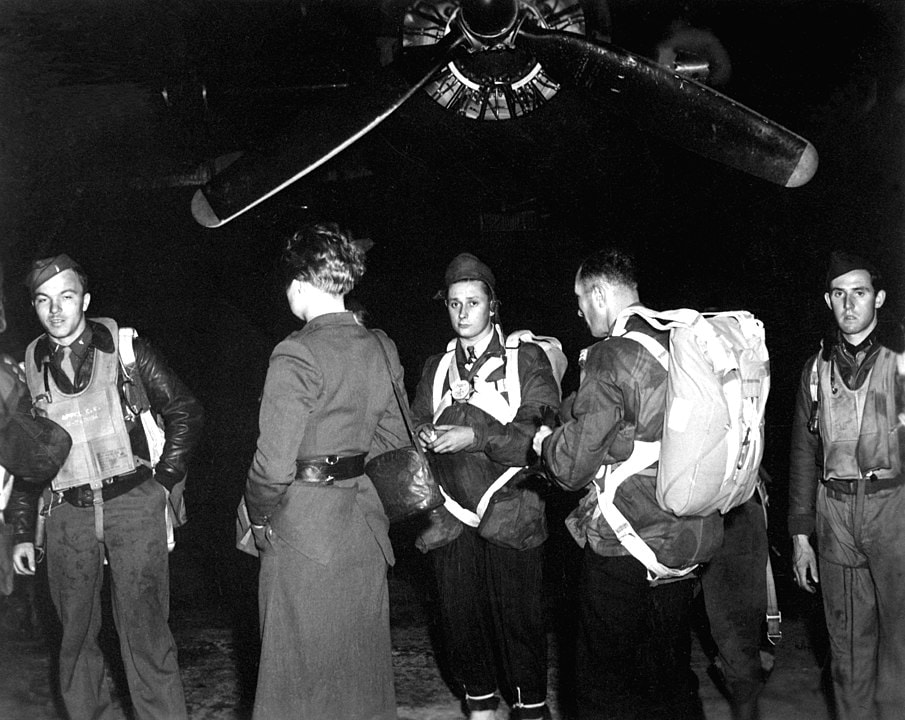 Although they lived in relative obscurity, compared to other WWII units, the Jedburgh teams are an instrumental example of utilising special forces operations in a conventional war.

“Wanted: Volunteers for immediate overseas assignment. Knowledge of French or another European language preferred; Willingness and ability to qualify as a parachutist necessary; Likelihood of a dangerous mission guaranteed.”

Men who heard that call, and answered, couldn’t have known the impact they would have in the historical record of WWII [source].

Nor would they know how the operations they conducted would be an early prototype for contemporary special operations.

Background context: the Third Reich was having a diabolically good time until 1943. France, the Netherlands, and Belgium fell into Nazi occupation as Hitler rose in power. The alarming speed and intensity with which the Germans conquered the European continent were hair-raising to the West.

When a threat reaches a certain level, the state must address it. The tremendous tactical minds in London and Washington D.C. converged – a plan to defeat the Nazi conquest of Europe became the central operational focus.

The OSS and SEO drafted a unique plan to fight the Nazis within occupied territory. Not with Allied conventional forces, but with a hybrid and more unconventional set of tactics that required a special breed of human to perform.

“Likelihood of a dangerous mission guaranteed” is a concise way of framing the Jedburgh team missions. It makes sense why the recruiting personnel wanted anyone interested to understand the unique risk beforehand.

Jedburgh teams were a joint effort between the OSS and SEO. The program started prior to D-Day, on the 6th of June 1944. Volunteers needed to be of high calibre – speaking French was a hallmark skill, along with physical fitness, tactical prowess, an intelligent mind, and the ability to work independently with minimal support.

The teams performed the role of “liaison” between guerilla fighters in occupied territory and Allied forces. They fulfilled that role by operating in two-to-four-man teams (typically three), aerial insertions into enemy territory, rendezvous with guerillas, and establishing communications with higher command.

The training pipeline started in the United States and ended in Great Britain and Scotland, where Jedburgh personnel would then stage and await their deployment to operations in the European theatre.

Jedburgh team training has drastic similarities to the pipelines in modern special operations units. They trained in various settings to prepare for their mission’s rigorous and unique demands. Like in today’s forces, few can do it. The organisational structure of the teams was not random [source]. Each had a radio operator, usually enlisted, and two officers. One team member hailed from the country of assigned operation (if they had a mission in France, there was at least one Frenchman on the team).

Two moons before D-Day was the first Jedburgh team deployment in history.

The mission: help secure a bridgehead, disable Axis communication systems, and disable a key railway that could transport enemy troops and supplies to the war front. [source]

D-Day began team operations in France, with scores of Jedburghs parachuting in and assisting local resistance fighters. In the following months, Jedburgh teams would be a potent unconventional force throughout the European theatre.

French Maquisards, “The Marquis,” were one of the earliest customers. Named after underbrush that was common along the Mediterranean coastline, Marquis fighters were the idyllic non-conventional force to resist the Nazis.
They camped in the forests and mountains in southern France, such as the Alps and Brittany region. In guerilla fashion, The Marquis would do hit-and-runs on the Germans, along with sabotage and espionage operations.

Jedburgh teams received orders to help the Marquis. Upon making contact they would establish communications between the Marquis and Allied command. This opened new connections for the French fighters and gave Allied commanders unique intelligence on Nazi activity.
Other support included weapons, ammunition, and training, just like the mission of modern US Green Berets.

Throughout the war, Allied command would deploy Jedburghs to France, Belgium, and the Netherlands, which included participation in Operation Market Garden.

Jedburgh teams are a primitive example of special operations being meshed with conventional warfare forces. Combining the two is an arduous task in the modern armed forces, but the Jedburghs are a worthy example to analyze.

According to US Colonel Kevin D. Stringer, there are four obstacles that obscure proper “SOF-CF integration” [source]:

Stringer argues that the Jedburgh teams are a worthy example of successful SOF-CF integration, with three lessons to learn from:

Those lessons derive from Jedburgh team operations. The language and cultural skills of each team were an enormous factor in their operational success. Not all CF commanders resonated with them, but there was a benefit for the ones that did.

SOF-CF integration is a complex doctrinal topic that is best approached by qualified brass and academics. It is worth noting how resilient tactics and strategy can be as war-fighting evolves in tandem with society and technology. Jedburgh teams surprised, killed, and vanished themselves into the historical record, yet remain a force worthy of case study for contemporary SOF and CF forces.