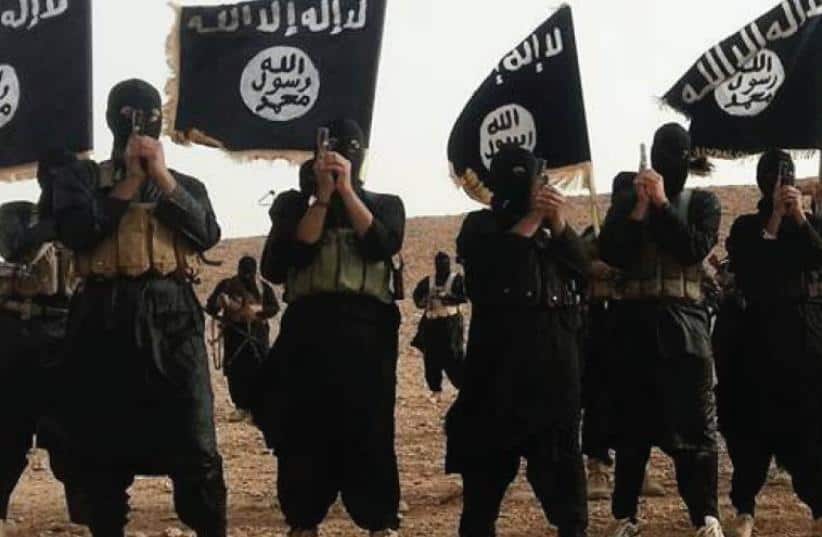 Fenetylline, which was marketed as Captagon or the ‘Jihadi Drug’ during the 1960s and 1970s, was initially used to treat ADHD, depression and narcolepsy. In 1986 it was included in Schedule II of the UN Convention on Psychotropic Substances 1971. It is no longer produced or used today.

While we use the name ‘Captagon’ throughout this article, it should be noted that not all tablets are created with the same chemical ingredients. Between 12% and 16% of Captagon tablets tested in Saudi Arabia composed mixtures that did not include Amphetamine. Some even omitted psychoactive ingredients altogether. Two seizures in Lebanon only contained Caffeine.

KJ-1.  The Syrian Civil War has increased the prevalence of Captagon and has almost certainly led to the proliferation of production and Trafficking in neighbouring regions, including North and East Africa.

KJ-2. Historic tribal and family relations control the Trafficking of drugs in Libya. Without this blessing, it is highly unlikely that the Captagon routes would continue.

KJ-3. Given its proximity to Saudi Arabia and the Arabian Peninsula, it is almost certain that there is Captagon production within Sudan, to make it a production state.

Captagon’s presence in Africa almost certainly accelerated due to the Syrian Civil War. Even though the use of Captagon is not limited to troops in combat, this is where it gained its infamy in western media. Often sensationalised by tabloids as the ‘Jihadi drug’, it is used to keep soldiers on both sides alert and combat-ready.

Broader Trafficking of the drug has likely raised millions of dollars for each side. Reports of seizures and interviews with people connected to the trade suggest it generates hundreds of millions of dollars in annual revenues in Syria. During this time, Captagon use seeped into the civilian population where tablets are sold for between $5 and $20.

Trafficking and the Export of Production

Despite being seen as the ‘Jihadi Drug’, current production in Syria has predominantly originated from Government held regions. A former truck driver talking to Foreign Policydisclosed that the central locations of manufacture are located throughout the suburbs of:

Although it is near impossible to research at present to gain evidence of this, it is highly likely the Government is involved. It would be challenging for the production and distribution of Captagon to take place without, at minimum, security offered by the regime.

On the 1st of July 2020, an estimated $1.1 billion of Captagon pills were intercepted at the port of Salerno in Italy. Italian police initially believed it to be a shipment to fund IS. However, it is highly likely that the source was connected to the Syrian Government. With IS having lost almost all control in Syria, it is highly unlikely that they would be able to ship 11 million tablets out of the country, especially with no control over a port in Syria.

The primary ways of getting Captagon out of Syria is through land or sea routes. The ports of Tartous and Latakia in Western Syria are some of the most common points of origin for Captagon. With high-intensity conflict during 2016, the use of Africa as a transit region as well as a new hub of production has highly likely increased in the years since.

The Organisation of Trafficking: Libya as a Transit Country

Libya’s proximity to Syrian ports and the current conflict in the region has made it a destination country for Captagon traffickers to other transit countries or markets. On the 5th of December 2018, Greek authorities intercepted the Syrian flagged container ship Noka on its way to Libya. Within the containers were 3 million ‘super-strength’ Captagon pills.

The Trafficking routes within Libya are built on historical relationships between families and tribes throughout the country. In Tobruk and the East of Libya along the Egyptian border, the Ubaidat family have dominance in the political and security issues in Tobruk and the East. Working together with the Awlad Ali peoples in Egypt due to historical ties between the two, it is through these groups that the flow of Captagon and illicit goods remain reliable.

The Tuareg and Tebu tribes in the south control the illicit trade routes that connect Libya to Sub Saharan and East Africa.  Community members, talking to the US Institute of Peace, state that no trade in the South of Libya moves without the groups knowing, as they “are owners of the area”.

The Tuaregs are predominately located on the Algerian border, especially around:

The Tebu are located around the Chad and Niger border regions, with the prominent locations being:

Although Libya operates as a transit hub for Africa, Sudan is likely to see growth as a Captagon producer. Two factories in the past five years have been shut down that are thought to have been major Captagon factories. In 2015 Sudanese police in cooperation with Bulgarian police forces found and took down an amphetamine lab that was producing pills that had a double C stamp on them, the sign for Captagon. In 2018, a factory was destroyed that could produce 300 drugs a minute. The primary ingredients for the tablet were discovered in the lab, which included Amphetamine, theophylline and phenylacetic acid.

The presence of Captagon in Sudan is unlikely to be the case of criminal gangs seeing it as an untapped country for distribution. A regional expert with INTERPOL, Adooma Hazim, talking to Enact Africa, estimated that the price of a tablet in Sudan to be between $0.2 and $0.4. This pricing makes it one of the cheapest drugs in Sudan.

In comparison, Syria has a minimum price of $5, and the price in the Arabian Peninsula is estimated at $20 per tablet. The differences in price would not make it an economically viable business for drug traffickers, with the value being 1,250% greater in a country of production (Syria) than what you would get if trafficked to Sudan.

With Port Sudan being in close proximity to Saud Arabia (It only takes 12 hours for a ferry trip between the two countries), it presents one of the most accessible routes to one of the most lucrative Captagon markets in the world. It is estimated that 40% of all drug users between 12 and 22 are addicted to fenethylline. In 2014, 1.4 million pills were confiscated at Port Sudan, one of the largest seizures outside of the Arabian Peninsula and the Middle East. It is almost certain that Captagon production is occurring in Sudan with the intention to export the product to other markets.

Although there is a steady increase in the production and confiscation of Captagon in Africa, the so-called Jihadi drug has competition as the most popular drug in the region. While available in both Libya and Sudan, the Jihadi drug that has the highest share of users is still Tramadol. As Tramadol is a legal opioid, it is almost certainly a more accessible drug. Workers in Khartoum, Sudan’s capital, add Tramadol to their Tea to help with physical labour.

The COVID-19 Pandemic will almost certainly have an impact on the international drug trade, especially concerning the ingredients needed for production. In a recent press release by the United Nations Office on Drugs and Crime, Captagon production has been disrupted in Syria and Lebanon. Although reports are not available in regards to production in Sudan, it is almost certain that any production occurring in Sudan will be impacted, almost certainly to a higher degree than what we see in Syria.

The Syrian Civil War has almost certainly increased the presence of the Jihadi drug in Africa. Seeing an increase in ferocity in 2015 and 2016, the movement of production has almost certainly made Sudan a production country. There is also a realistic chance that surrounding states will see Captagon factories appear. Given the proximity of Libyan ports to Syria, it is almost certain that we will continue to see ships having Captagon in cargo being detained by European states. Despite the COVID-19 Pandemic having an impact on production, the amount of money that is being made in these deliveries will almost certainly mean that the organisations will continue to deliver shipments. However, likely with lower numbers than we have seen recently.