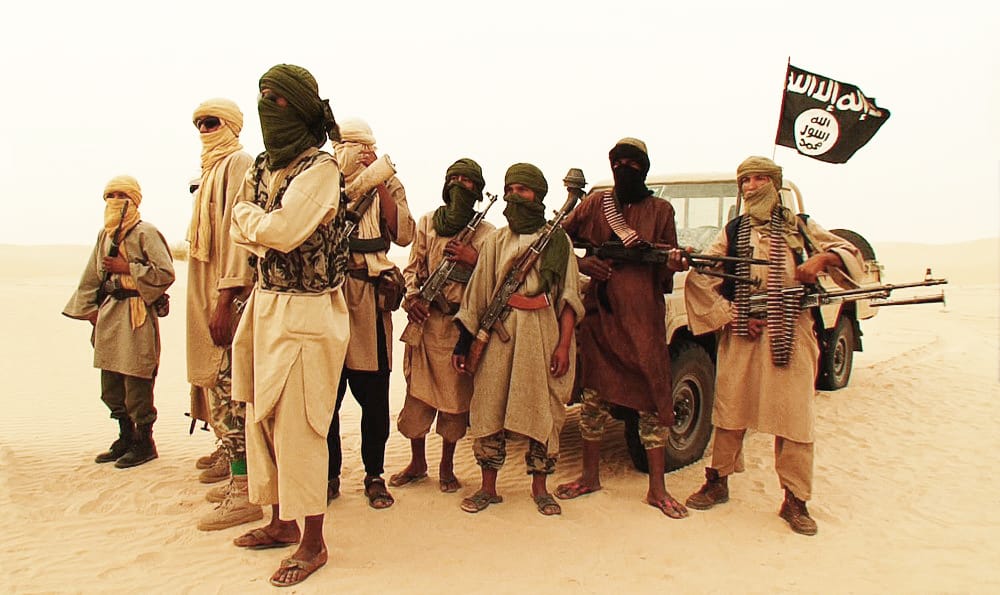 Burkina Faso has experienced a wave of terrorist attacks since the coup in 2015. A number of groups with shifting and overlapping allegiances are involved in Burkina Faso and have claimed responsibility for many of the attacks. The most prominent are the Burkinabè armed Islamist group Ansarul Islam, the Islamic State in the Greater Sahara (ISGS), and Al-Qaeda in the Islamic Maghreb (AQIM) as well as its affiliates, notably Jama’at Nasr al-Islam wal Muslimin – “Group for Support of Islam and Muslims” – (JNIM). JNIM, al-Qaeda’s affiliate in Mali and West Africa, has been responsible for numerous attacks against both Westerners and regional security forces since its formation in Mar 2017.

To remove oppression and expel occupiers

JNIM is comprised of formerly distinct jihadist groups including Ansar Eddine, al-Mourabitoun, and the Macina Liberation Front. It is headed by Iyad ag Ghali, a longtime leader of Mali’s Tuareg uprising.  JNIM seeks to incite the West African Muslim community to “remove oppression” and expel non-Muslim “occupiers.” Specifically, the group opposes Barkhane in Mali since 2012, and its Western partners, including those involved in UN peacekeeping missions. Not dissimilar to other Islamic armed groups in Western Africa, JNIM’s ultimate goal is for the entire region to be ruled under shariah law.

On to ‘harder targets’

Over the last few years, JNIM has executed a series of complex attacks on ‘hard targets’ in Burkina Faso. The group announced its presence in Apr 2015, claiming responsibility for the kidnapping of a Romanian miner and the 2016 kidnapping of an Australian doctor. The most high-profile and daring were two simultaneous? assaults in the capital Ouagadougou. An attack by AQIM in Jan 2016, killed 30 and wounded over 50 during a drawn-out siege with hostages at a hotel. The city was still on edge when on 13 Aug 2017 JNIM shot up a Turkish restaurant in the capital killing 19 and wounding 25. This was followed by a major attack by JNIM on France’s embassy and the Burkinabé army headquarters on 3 Mar 2018. Five people were killed and 50 injured in the army headquarters attack while two gendarmes were killed outside the French Embassy. No French citizen was killed or injured.

The attacks appeared to be coordinated. Eyewitnesses claimed they saw five gunmen emerge from a pickup and started shooting in front of the embassy. Meanwhile, gunfire rang and an explosion at the military headquarters approximately 2 kms away. At the army headquarters, one set of men drove to the main entrance and launched a rocket-propelled grenade inside or at the front gate. Inside the complex, a second vehicle packed with explosives was detonated, causing damage to the building and surrounding infrastructure. The attackers then opened fire on military personnel near the main building’s courtyard.

“Until the last soldier”

The embassy and army headquarters incident was also the first high-profile attack in Burkina Faso that pointed to a significant involvement of Burkinabes. At least eight local individuals were arrested, including two active soldiers. The investigation indicated that JNIM had established a local support network that possibly includes members of Burkina’s armed forces. JNIM said the attack was in retaliation for a French airstrike on 14 Feb 2018, which killed several JNIM leaders. After each operation, JNIM releases public statements linking the attack back to its overarching strategy. For example, a common messageto France is “the war between us will not end until the last soldier from the soldiers of Crusader France evacuate the Muslim land of Mali, and until the Shariah of Allah governs this dear land”.

The Islamic insurgency in Burkina Faso is growing in scale and momentum. In January, this year, JNIM claimed responsibility for at least four deadly attacks in Burkina Faso alone. ISIS also has its own “representatives” in the country, under the umbrella of the Islamic State in the Greater Sahara (ISGS). ISGS recently claimed responsibility for the kidnapping and murder of a Canadian geologist in the Sahel region of Burkina Faso. The presence of IS affiliated fighters will only embolden JNIM and Ansarul Islam. This year has seen the spread of the conflict with confirmed armed groups on the border with Cote d’Ivoire and Mali in the southwest regions. Also, a reported conflict between militias and communities in the Center-North region resulted in more than 200 casualties. Before long, the people of the capital Ouagadougou can only expect the conflict to become a daily reality.