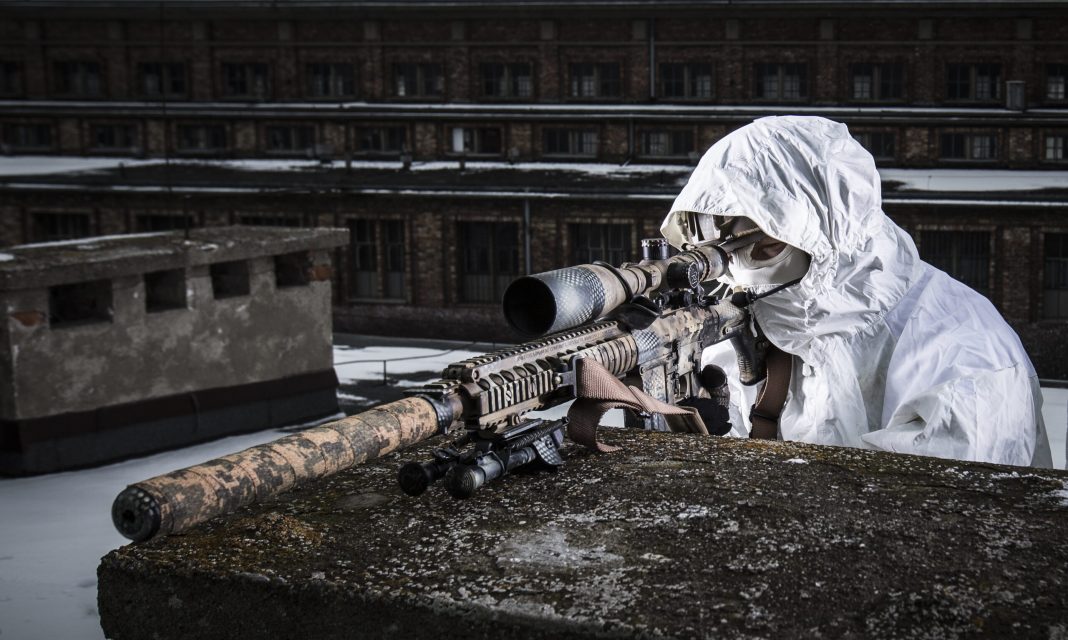 Strength and Honor! For you, Fatherland!

JW GROM (Jednostka Wojskowa – Grupa Reagowania Operacyjno-Manewrowego – Operational and Maneuvering Response Group), are Poland’s tier-1 special operators. Formed in the invisible ashes of the Cold War, they staunchly protect Poland. GROM translates to thunder in Polish. The eagle holding the thunderbolt in their logo is a call to this. Furthermore, the group has close ties to the British SAS and US Delta Force, these operators are masters in reconnaissance and advanced force operations.

These silent and effective soldiers have been given the nickname “The Surgeons.” Consequently, this stems from their overall medical prowess.

The unit is under the command of the Wojska Specjnale, or Special Troops Command. In effect, this command structure is employed to ensure tactical and operational cohesion between all special forces units. Furthermore, the group has seen action across Europe and the world.

The Surgeons trace their roots to Polish special forces fighting the Third Reich in World War II. Particularly, the Cichociemni – “the silent and unseen.” They were soldiers who evacuated to fight another day. They landed in the United Kingdom and received then special airborne training. These special troops then dropped behind occupied lines to target enemy soldiers, supply lines, and equipment.

The Cichocienmi played a key role in the Polish Home Army’s resistance efforts, as well as the Warsaw Uprising in 1944. In 1995, GROM was awarded the special honourable title “Cichociemni Paratroopers of the Home Army.”

GROM first began as an elite police counter-terrorism force in 1990 under Colonel Slawmoir Petelicki. Petelicki, particularly influenced by NATO standards, realized Poland needed a premier special operations team in the post-Cold War world. Petelicki also saw first-hand the need for a highly reactive counter-terrorism force. Then, in early 1990, a Polish diplomat and his wife were gunned down in Lebanon by the Organization of Revolutionary Action. (Source)

The group then received their initial special operation training by the US Delta Force and the British SAS. In 1990, 13 Polish operators were sent to the United States. Trained in the Rocky Mountains (maybe based out of Camp Hale, Colorado?) the original thirteen endured intense unconventional warfare training. (Source)

Shortly after the original thirteen were sent to the United States, the CIA flew in trainers to Poland to train other GROM operators. Furthermore, among the trainers was sniper Larry Freedman – the first US casualty in Somalia, in 1992. (Source)

One of the original thirteen operators, Piotr Gastal, recalled training with the US FBI, CIA, and even Seal Team 6 (DEVGRU). (Source) A GROM trainee is reported to have saved a Delta operative from falling off a cliff during training.

The physical and mental fortitude needed to become a member of GROM is high. Trainees are subsequently woken up at 5AM and put through ruck marches, physical conditioning, and psychological testing. Candidates are then deliberately malnourished to test resolve – additionally burning 5000 calories a day. (Source)

Finally, trainees move onto “Black” training. This is the highest training tier. Recruits are then trained in hostage rescue, VIP protection, and area protection.

The Beginning of GROM

As previously mentioned, GROM was first formed as an elite counter-terrorism unit before transitioning to a fully-fledged special operation group. Operatives worked with Mossad to successfully facilitate “Operation Bridge.” (AKA Operation Most) Bridge was an effort to repatriate Jews out of the former Soviet Union to Israel.

The operation then quickly began to span over the entirety of the crumbling Soviet empire. Poles even sometimes found themselves in St. Petersburg, Tbilisi, and Kyiv, doing counter-terrorism checks on airports and bus stations in tandem with the Mossad. (Source) 42,000 people emigrated from Warsaw to Jerusalem alone.

GROM was involved in multiple operations in Poland in 1992. These operations were mainly focused on the “Macierewicz List.” This list subsequently contained the names of all Soviet operatives in the Polish government and society after 1945. Subsequently, 64 members of the government at the time were identified, and the parliament passed a vote of no confidence. GROM provided security measures during the ensuing days. (Source)

In 1994, operatives were sent to Haiti. Alongside Delta Force, GROM provided security and VIP protection during Operation Uphold Democracy. They were the only other nation than the US to send troops in the operation. (Source)

GROM was then involved in multiple operations across the Balkans, beginning in 1995. Operators were sent to Sarajevo when 2 Poles were held hostage.

In 1996, GROM operatives were active in Eastern Slavonia also, working closely with NATO and UN allies. GROM received worldwide praise for capturing Slavko Dokmanovic – “The Butcher of Vukovar.” Dokmanovic, a Croatian Serb, was responsible for over 200 murders in the Vukovar Massacre in Croatia, 1991.  (Source)

Until 2003, GROM would operate sporadically in the Balkans. They arrested 6 more war criminals, provided security detail protection to the US ambassador in Kosovo, and also speculated reconnaissance missions in Yugoslavia. (Source)

GROM began operations in Iraq in 2003 at the beginning of Operation Enduring Freedom. GROM was sent to capture the Khor al Amaya and Mina al Bakr Oil Terminals. They encountered light resistance upon their helicopter landing, and in effect took over 30 Iraqi soldiers prisoner. (Source)

Working with Seal Team 5, GROM would then capture the Mukarayin Dam. Upon seeing the MH-53 Pave Low attack helicopters, the Iraqi staff immediately surrendered. Subsequently, the only casualty was one GROM operative who broke his ankle upon fast roping down. (Source)

In March 2003, GROM worked directly with the US Marine Corps 15th Expeditionary Unit and the British 3rd Commando Brigade to capture the Umm Qasr offshore oil terminal and port. (Source) However, the combined force encountered 14 casualties in the assault. The assault spanned over several days and ended in allied forces seizing Umm Qasr and its oil terminal. (Source)

GROM operated heavily in the allied mission in Afghanistan. Famously, operators from GROM formed “Task Group 49,” under which they carried out direct action raids and reconnaissance. In effect, TF49 was tasked with shortening the Joint Prioritized Effects List, which was JSOC’s kill and capture list of insurgents. (Source) Operating primarily out of the Ghazni Province, most of GROM’s operations during this time are still classified. (Source)

GROM then left Afghanistan with the rest of the multinational contingent there upon the capitulation of the government to the Taliban.

In 2012, JW GROM and JW Formoza (Polish frogmen) were proving security at the Eurovision event. (Source)

Some reports say GROM was present in Ukraine. This was during the Polish president’s recent visit to Kyiv. They were also present when the President went to the Baltic nations in 2022 as well. (Source) Certainly, GROM’s past protection detail experience and their attention to detail make them an ideal pick for protection in a conflict zone.

To conclude, GROM remains Poland’s top special forces unit, and one of the world’s best as well. Honouring a group of soldiers that gave it all for their country, their motto, “Strength and Honor, For You Fatherland!” rings true. Furthermore, their training by Delta and the SAS propelled them to be comparable to both forces. Continuously innovating tactics and training, they remain ahead of the curve as an elite and specialised force.