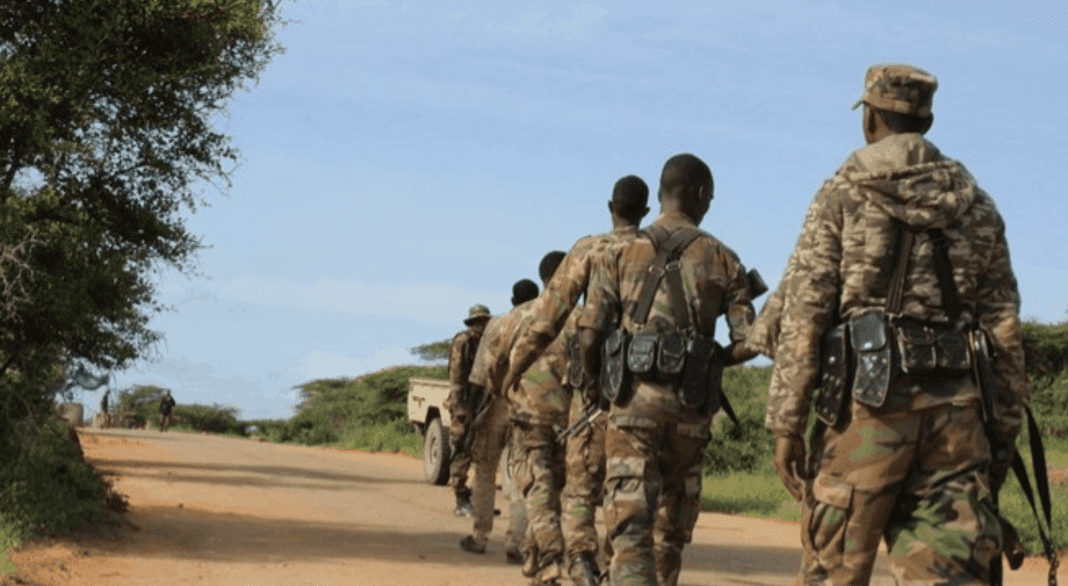 This Grey Dynamics African intelligence article focuses on analysing the hostilities between the parties involved and the Jubaland Forces. Africa Researcher at Armed Conflict Location & Event Data Project (ACLED), Mohamednoor Daudi Ismail, informed Grey Dynamics that at least 14 civilians were killed, including a Somali police chief and five children when mortar shells hit their home. At least 20 soldiers were killed on both sides, and SNA claimed over 100 Jubaland forces were captured. Stray bullets also injured several Kenyan citizens on the Kenyan side of the border. The purpose of this analysis is to highlight detrimental implications for Somalian security due to proxy warfare.

Former warlord Ahmed Madobe is the elected leader of the semi-autonomous Jubaland and commander of the Jubaland forces. A former member of the Islamic Courts Union (ICU), which was targeted and dismantled by Ethiopian forces. Wounded by a drone strike, Madobe was later arrested by Ethiopian forces. In 2009 he was released from an Ethiopian prison and in April 2009, resigned from the Somalian parliament. 15th May 2013, Madobe was illegally elected president of Jubaland. This election, supported by a primary source expert in Somalian security, was conducted illegally through forced votes. Madobe, is supported by Kenya.

June 2013, clashes in Kismayo between Madobe supporters and Somalian federal government forces led to at least 65 killed. Somalia accuses Kenya of instigating faction violence. A buffer state in Jubaland, Somalia, with local politicians allied to Kenya is a motivating factor in this conflict. This historical context sets a precedent for the Bulu Hawo conflict witnessed in January 2021. The letter from Somalia to the African Union accuses the Kenyan Defence Force (KDF) of backing the Madobe faction and engaging in artillery strikes in civilian areas.

“The federal government of Somalia can confirm reports that illegal militias armed by the government of Kenya crossed the border into Somalia and attacked the Gedo region in Particular, the district of Beled Hawa”.

SNA forces routed the Jubaland forces back to Madera, where Abdirashid Janan, Jubaland security minister resides. The operation likely depended on catching SNA forces by surprise, which failed. Mandera local leaders and residents accuse the Kenyan government of hosting Janan and the proxy militia in Mandera, Kenya. Kenya has ignored Somalia’s and Amnesty International’s request to handover Janan. Kenya and Jubaland officials deny the existence of a militia in Mandera being equipped by the KDF. An IGAD fact finding report from 9th-13th January assessed that Jubaland forces were in Somalia, not Kenya. This fact-finding investigation denied the request to meet Mandera locals for statements of the situation. The report was released on the day of the attack; the timing indicates suspicious context.

The hostilities undermine the security framework required to tackle the threat from AS insurgents. Middle Jubba, Gedo, is the last AS stronghold and control of the region allows the Federal Government of Somalia (FSG) access to Kismayo. The current proxy warfare between KDF, Jubaland, and FSG forces not only decrease the security framework capabilities, benefiting AS, but increase the risk of civil war. AS in the current climate have opportunities to regroup and benefit from the instability present. Kenya is also a major contributor to AMISOM, an integral part of the battle against AS. Further hostilities threaten these contributions. The upcoming elections scheduled in February are under a significant threat. Whether they will take place or shift to partial elections is not certain. Violence from competing factions and AS is a highly probable scenario once elections commence.

Somalia and Kenya are also in a dispute over approximately 100,000 square kilometre area in the Indian Ocean. The maritime blocks present a highly lucrative opportunity for vast oil and gas exploration. The countries have so far failed to reach a compromise through diplomacy and the International Court of Justice (ICJ). The US and France are siding with Kenya in this dispute, with embedded interests that would be highly beneficial for the parties. Competing interests and the breakdown of relations threaten the security of Somalia and the region. 2021 is set to be a defining moment for the future path of Somalia.