Mali: A Terrorists’ Gold Mine 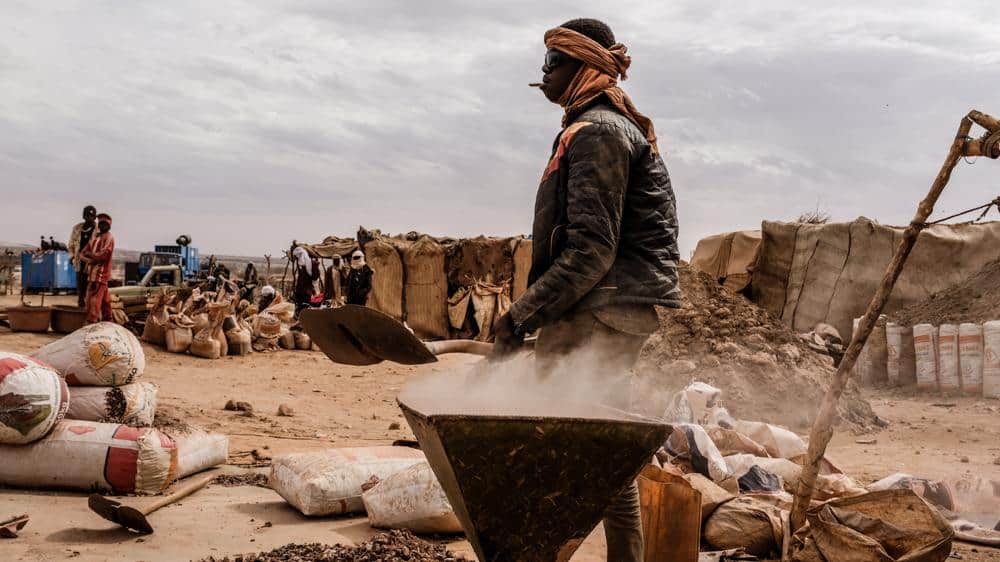 Gold mining is Mali’s main industrial activity and it is the fourth-largest producer of gold in Africa. In addition to gold, Mali also exports diamonds, bauxite, iron ore, base metals, and phosphate. Although the country used to occupy the third position, from 2012 onwards, the production declined severely, and Sudan entered the top 3 African gold exporters. Despite this regress, the mining industry remains a key sector for local development.

Another issue is that many mineral reserves are untapped due to lack of infrastructure. In 2012, the government adopted a mining code aimed at attracting foreign investors. It led to the exploitation of new mines – particularly gold mines, making the gold industry the main source of income in Mali. The country’s gold is mainly located in the south, but several mines are also operated in the north.

Why does this matter?

The mining industry in Mali is the linchpin of local, regional and national economic development. It represents the primary or even the only source of income for many Malians. However, the sector is facing many difficulties, such as an imbalance in profit distribution between the government and the mining companies. Other issues include insufficient local development, soil and water pollution, the use of hazardous chemicals and low supervision of the artisanal sector.

Data collected by the International Monetary Fund shows that some projects generate high profitability of over 200% for some mining. Certain factors contribute to this soaring rate, such as generous tax exemptions lying on behalf of investors, reductions in tax cuts on the profits of the corporations, and the stabilisation of unfair tax burdens.

These measures have been adopted by the Malian government as compensation for the regional threats faced by investors. The security climate in Mali can easily discourage any potential contractor to invest its capital. Therefore, the state is allowing permissive economic policies to boost the industrial potential and to increase the national revenues.

Investors are not only exposed to the terrorist threat taking over the region but also to financial risks. Most of the country’s mining areas lack road and energy infrastructure. As a result, mining companies require tax exemption and stability guarantees to better predict the risk-return tradeoff and improve profitability.

Interestingly, the alarming levels of security threat in Mali did not definitively impact the economy. In 2014, the GDP increased by 7%, while for now, mining revenues account for about a quarter of the national budget (1,200 billion CFA francs). The development of the mining sector remains crucial as 62% of Mali’s GDP comes from corporate taxes. This means that the country is highly dependent upon foreign and local investors. However, given the current state of economic and social security, international companies are expected to dominate the industrial spectrum in Mali. Unfortunately, the local investors lack the funds and technology to take preemptive measures in case of a terrorist ambush or to provide employees with constant training for potential scenarios. In case of severe damages caused by terror attacks or natural phenomena, the company needs the capabilities to quickly rebuild and adjust.

There are these factors that in 2014 led the Malian government to announce reforms additional to the existing mining code. The government’s main objectives remain focused on increasing national income by establishing a legal and fiscal framework designed to attract national and international mining investments. This strategy is aimed at satisfying the requirements for local development and for regulating artisanal mining.

However, under a new mining code, companies operating in Mali will be protected from fiscal changes for 20 years, compared to 30 years as it was previously established in the firstly adopted mining code. The government initially attempted to reduce the timeframe to only 10 years.  This initiative was received with harsh criticism, as a bold reduction would have drastically discouraged current and potential investors.

The northern and central regions of Mali are constantly under threat. Commercial assets and personnel are predominantly exposed to high risk of terror ambushes and kidnappings for ransom. Attackers are highly interested in seizing materials and resources from local companies, as well as obtaining large sums of money for the release of kidnapped personnel.

Terror groups also perceive the targeting of foreign companies as a means of protesting against international interference. Since 2013, France has maintained military troops on the ground, but terrorist networks associated with al-Qaeda and the Islamic State keep attacking public places. So far, attacks on gold mines have mostly been conducted in Burkina Faso. However, the widespread violence in Mali is highly affecting local populations, including miners.

In Bamako, small-arms and improvised explosive device attacks are quite common. Civilians working for local and foreign companies face high risks, while migration is on the rise. Attacks conducted on mine employees such as the one in Burkina Faso (November 6, 2019) can easily intimidate the personnel which is likely to seek relocation.

The problem not only persists for years, but it also expands to the entire Sahel region, with countries like Togo and Niger included. Therefore, regional violence and terror is expected to strongly impact the local economies for the coming years. Consequences are already visible, with several companies from Canada, Australia and France forced to invest millions of dollars in security measures.

It is still impossible to exactly know how many gold mines are owned and operated by terror groups in the Sahel. Due to the lack of infrastructure and cutting-edge technology, mines in remote areas remain inaccessible for corporations. However, insurgent militants use locals to infiltrate in those areas and to perform illegal extraction. Much of the Malian and Burkinabe gold is sold on the black market, with revenues entering the jihadists’ bank accounts. Local reports indicate that at least 15 gold mines in Burkina Faso are controlled by insurgent militias. In Mali, the mines in the north are secured by French forces, while those in the south are currently highly exposed to attacks.

Another important aspect is that the gold smuggling is not being conducted by terrorists only. As the majority of populations in the Sahel confront severe poverty, locals extract gold illegally for being able to support their families. Apart from the human security risks that come along with it, children are also forced into labour in mines. For those working in small unlicensed mines, conditions are harsh, with wages that cannot cover a decent living. Therefore, workers are exposed to radicalization and recruitment as the insurgents afford to offer higher pay.