Mali Coup: A New Junta, but What is Next? 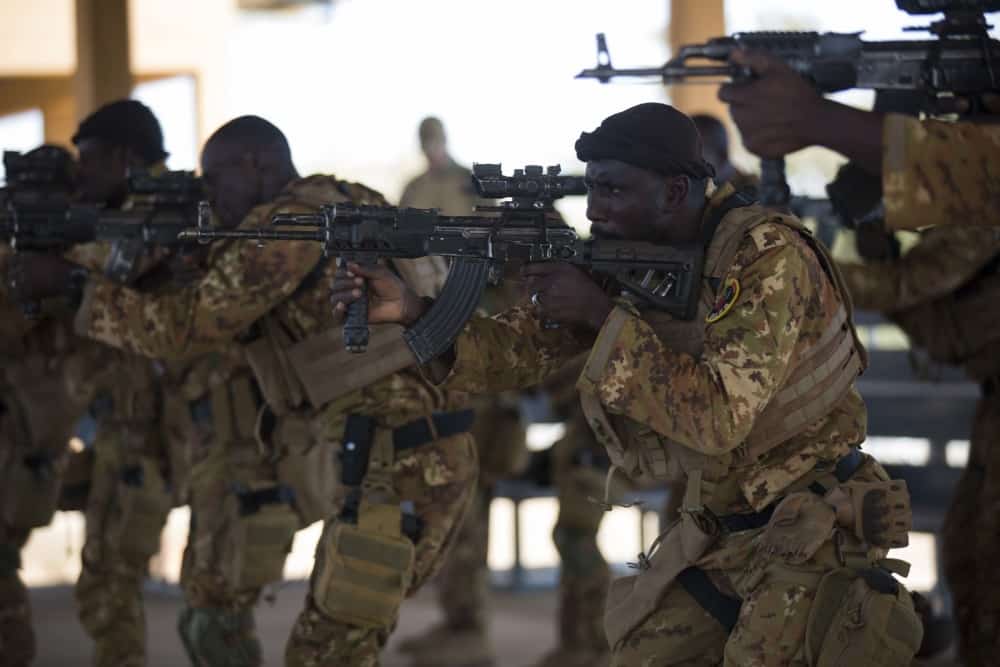 The military staged a coup and took power on the 18th of August 2020 in Mali, following months of protests and attempts to mediate by the Economic Community of West African States (ECOWAS). The Coup originated from a military base in Kati, 15KM from the capital Bamako. Coup members arrested several government officials, followed by President Keita and the Prime Minister, Boubou Cissé.

KJ-1. A new civilian government will likely be in place in 18 months. Despite original requests by the new Junta for a 3-year transition period, there has been enough international pressure to force the Juntas hand towards an 18-month timetable.

KJ-2. There is likely to be an increase in extremist attacks in the near future. However, with the foreign powers providing security remaining in place giving the country some form of stabilisation, there is a realistic possibility that this will not be long-term, especially if a new government is in place within the year.

As previously covered by Grey Dynamics, Mali has seen protestors take to the streets since June of 2020. The “Movement of June 5 – Rally of Patriotic Forces” (M5) is the official name of the opposition behind the protests. The root cause of the protests against former President Ibrahim Keita goes back to elections held in the spring of 2020. Parliamentary elections had been delayed since 2018. New elections had taken place on the 29th of March and 19th of April 2020.

Multiple concerns were raised around the second round of voting on the 19th of April:

The Malian Constitutional Court later overturned provisional results, giving 10 more seats in Parliament to Keita’s Party, Rally for Mali, securing an overall majority. Protests continued to gather steam from 5th of June 2020 up until the Military seizure of power on the 18th of August. The reasoning behind the protests evolved with the times. Frustrations linked to the degradation of security in the northern and central regions coupled with a struggling economy continued to intensify the protests.

The army has set up the National Committee for the Salvation of the People (CNSP) to act as a provisional government following the coup. The CNSP had initially requested a 3-year transition period until fresh elections are held. Sanctions have been levied by ECOWAS, which include the stoppage of all financial transactions between the bloc and Mali. The CNSP missed a 15th of September deadline to put in place a new president overseeing the transitional government.

The M5 movement rejected a planned charter proposed by the CNSP that would see both civilian and military personnel be eligible for the Presidency and high political office. The M5 demanded that the position only be available to Civilians. This has been echoed by ECOWAS, who have warned that current embargos will stay in place until a new Civilian President and Prime Minister are put in place.

Mali has experienced severe security concerns since the 2011 Libyan civil war, and the 2012 coup that put President Keita in power. Following an influx of weaponry and extremists following the Libyan Civil War, the Tuareg rebellion in 2012 represented the start of extremist activities in the area. Since 2013, they have made taken most of the control of the North and have made the central regions of the country a hotbed for extremist attacks.

The Coup comes during a period where attacks which are linked to Jihadi groups have been steadily rising. There has been a sevenfold increase in attacks within the Sahel region since June 2017. The 12 months that followed saw 147 violent events. The 12 months leading up to the 30th of June 2020 saw a rise to 999 violent events.

Despite the COVID-19 pandemic during 2020, there has been no sign of violence in the region subsiding. As previously stated, Soumaïla Cissé, leader of the opposition, was abducted on the 25th of March 2020 by a suspected extremist group. There has also been a rise in violence between extremist groups.

In May 2020 Islamic States newspaper, Al-Naba, that JNIM had declared war against ISGS. With attacks rising and a brewing war between the two main extremist factions, there is cause for concern on whether the coup will bring about a period of instability. With this outcome, there would be an almost certain increase in attacks and the opportunity for the groups to gain more ground. To combat the extremist threat, there are currently two operations taking place in Mali.

These are the United Nations Multidimensional Integrated Stabilization Mission in Mali (MINUSMA) and Operation Barkhane. With over 20,000 combined peacekeepers and troops in the country, it represents a key component in the Counter-Terrorist effort in the area. They also had the backing of Keita before his removal from office.

With the new power dynamic in Mali and the original request of the CNSP for a 3-year transition period, there is a severe concern for the security situation deteriorating in the new climate.

In a boost to the region, multiple foreign powers have made clear intentions to remain in the area. The day after the Coup, 19th of August, the Minister for the Armed Forces, Florence Parly, reaffirmed that Operation Barkhane would carry on. Germany and the UK would later also confirm their presence would remain in the country in league with Barkhane and MINUSMA.

The German Defence Minister Annegret Kramp-Karrenbauer stated it was “still necessary” to keep its presence in the region. Despite this assertion that foreign forces are not leaving, there is still a likelihood of an increase in extremist attacks should the future of government not be decided soon.

With the competition between JNIM and ISGS, there is the highly likely possibility we could each group try to ‘outbid’ each-other to gain support. To try and gain recruits and become the standard-bearer in the region, each group in this process would steadily increase the ferocity of each attack. This will be against the general population, not one against the other.

In an interview with Grey Dynamics, Oumalha Haïdara, Country Security Expert in Mali advised that the population in the rural areas are scared of Mali’s armed forces. Without an increase in confidence and reliability in the security services to regain control and order in the Northern and Central regions in the country significantly, elections alone will not regain a sense of stability in the area.  Although, there is the presence of international forces stability in the region will almost certainly not occur without local belief in Mali’s ability to protect its interests.

It is highly likely there will be a return to, or at least a shortened roadmap, to a civilian government before the original 3-year transition period originally asked for by the CNSP. That request has already been rebuked by ECOWAS, who wanted a maximum of one year for transition to civilian rule. However, it has recently adopted a softer stance and is now open to an 18-month transition. France was seeking a quicker return to a civilian government. Minister of the Armed Forces Florence Parlyagain stated on the 30th of August 2020 that the 3-year transition was “out of the question”, and any longer would benefit the Terrorists in the area.

Given the M5 protestors, general disillusionment at present with established populations, Oumalha Haïdara during our interview stated that there needs to be time for strong, charismatic leaders to come to the forefront of a new Malian politics. The first step in the transitional government was achieved on the 25th of September 2020, with former defence minister Bah Ndaw sworn in as president.

A former helicopter pilot and retired Colonel-Major, the new President is almost certainly seen as a bridge between the military and the ECOWAS demanded civilian rule within the power structure in Mali. This is especially prevalent given that Colonel Assimi Goita, who headed the coup, was installed as the vice-president of the transitional government. To abide by ECOWAS sanctions, a civilian Prime Minister was appointed on the 27th of September 2020, Moctar Ouane, the previous diplomat to ECOWAS.

In the 25-member government, ministerial positions were given to a wide range of groups. The military had four colonels placed in ministries:

Civilians were appointed to positions including:

Members of Tuareg groups were also given positions the following ministries:

Côte d’Ivoire and Guinea will be looking at the outcome of the Coup to set a standard for upcoming elections. With both countries seeing Presidents running for controversial third terms in office, with constitutional questions surround both. Decisive response to Mali’s Coup is almost certainly the desired outcome of setting a precedent for the respective country’s oppositions.

The military Coup has damaged the security situation in Mali. Despite this, recent confirmation that foreign forces will not be leaving the region, along with calls for a quick resolution to get a civilian government in place, has increased the positive outlook for the country. However, it is still highly likely that we will see a continued rise in violent actions taking place in 2020.

With neighbouring countries taking note on how the region deals with an uprising given regional political situations, it is a realistic probability that sanctions will not be lifted until all ECOWAS demands are met, with no movement on the side of ECOWAS.