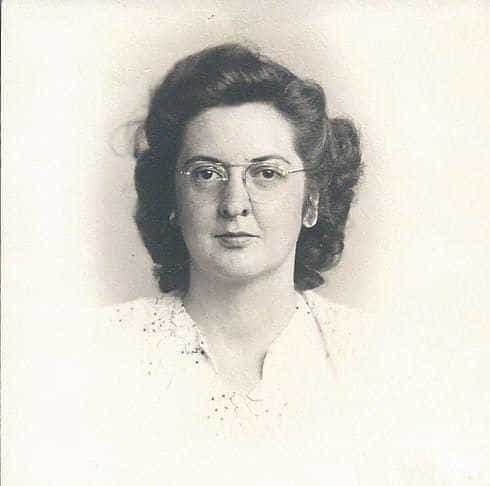 The OSS was the first formal independent Intelligence agency within the US. The organisation was formed in 1942, designed to centralise and improve intelligence processes.

The cartography division of the OSS was highly successful in its goals. The department was able to painstakingly produce incredibly detailed three-dimensional maps to provide to military and naval forces.

The CIA has subsequently praised the work of the OSS map division as highly involved with the planning strategy of the Allied Forces during World War Two. The OSS Map Division created documentation to assist with the Allied invasion of North Africa and Italy. Therefore, the OSS’ contribution to the US war effort was invaluable.

During the Second World War, analysts did not have resources such as satellite imagery, and as such, cartographers relied primarily on interpreting and visualising Intelligence gathered by field agents; this is precisely what Marion Frieswyk worked on.

Marion Frieswyk worked within the OSS as the first female cartographer. Arthur Robinson, the famous geographer, approached Marion directly and offered her a job within the OSS. Her role centred around using Intelligence gathered by field officers to form accurate and useful maps to inform strategic military and naval decision-making.

Marion Frieswyk and her team developed new ways to create detailed maps and 3D topographic models. Some of her most notable work includes producing maps to assist in the invasion of Italy by the Allied forces and maps for use by the Joint Chief of Staffs. In this respect, Marion Frieswyk’s contribution to cartography was instrumental in strategic decisions made during World War Two.

The OSS dissolved in 1945, superseded by the CIA. Despite this, Marion Frieswyk remained part of the agency and ultimately worked in the CIA’s Cartography team until 1958.

Marion Frieswyk is reported to be incredibly passionate about cartography, having noted its importance within Intelligence and strategic studies more generally.

Congress awarded the OSS with a Congressional Gold Medal in 2018 to honour their contribution to the war effort.

The work of Marion Frieswyk, as well as that of other prominent female cartographers who followed, was instrumental in strategic successes throughout World War Two. Not only did Marion Frieswyk become a pioneer for Cartography within Intelligence, but also for Women in Intelligence.