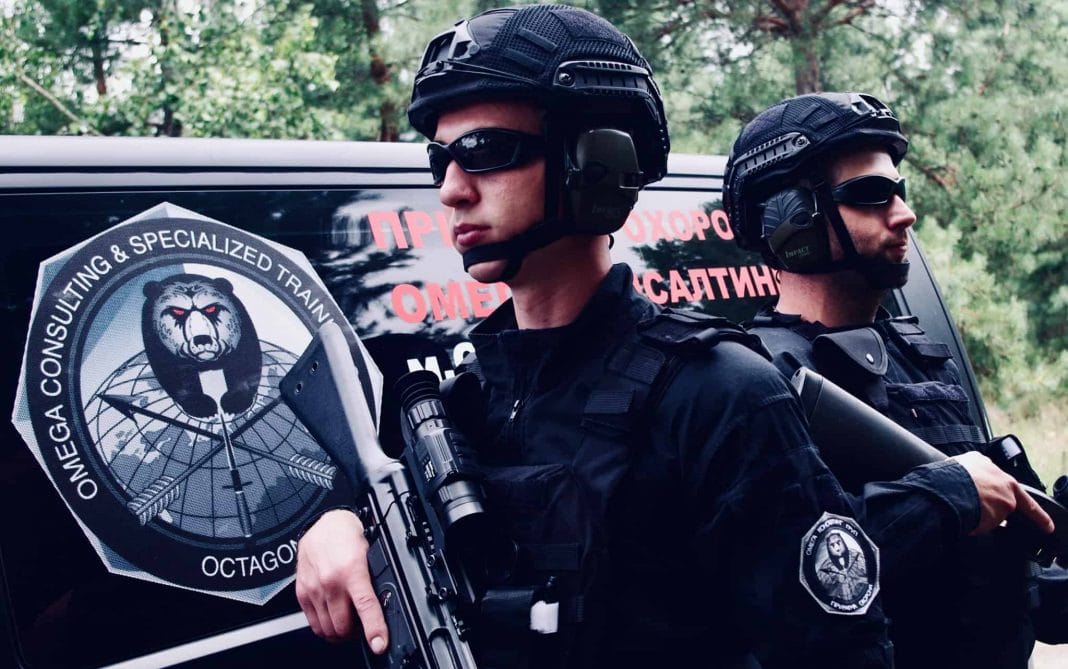 Private military contractors (PMC) from Eurasia are no stranger to recent coverage. An abundance of it at that, although the majority being focused on the Wagner Group – a PMC organization based in Russia who carry an infamous reputation for essentially acting as a proxy force for the Russian government. Wagner has been involved with the Syrian and Libyan civil wars, as well as the ongoing Russia-Ukraine conflict. Under the media coverage shadow of the Wagner PMC lies other lesser-known PMC’s within the Eurasian region the Omega Consulting Group

Ukraine has had its presence in the mercenary community, both through national volunteers, as well as companies forming within it. For example, take the PMC known as “Vega Strategic Services”.  According to the UNIAN agency, “A company with the name Vega Strategic Services (not Vegacy) was created in April 2011 in the Ukrainian city of Mykolaiv by former members of the international elite and special forces of Russia and Ukraine, per the description enclosed to the list of companies who signed the International code of conduct of private security agencies. Vega Strategic Services offered security to individuals and companies in high-risk environments, as well as maritime security.” Vega was deregistered as a company in 2018, with a man named Anatoly Smolin listed as its half owner and director.

Another name has been explicitly mentioned alongside Smolin as a co-partner in Vega’s development –a Ukrainian man named Andrey Kebkalo. According to UNIAN, and in the words of Kebkalo himself in an interview, “The idea behind Vega was to present the first Ukrainian PMC to the international market”. His involvement eventually ended, due to undisclosed reasons involving an incompatible working relationship between Kebkalo and Smolin. Kebkalo did not stop his PMC aspirations there, however. He went on to create his own firm – Omega Consulting Group.

The Alpha of the Omega

According to their company’s website, “Since 2011 Omega Consulting Group protects critical priorities safely and efficiently around the world. Business conducted in strict compliance with Ukrainian and international law. In Ukraine, we operate on the basis on the Company Charter and MoI license № 076521 for security services.” This information is supplemented by a surprisingly transparent (compared to other PMC’s) overview of countries and companies who have used their services, some quite large, such as BBC News, USAID, the British Embassy Conakry, and the Government of Canada. Omega has also hosted a booth and presence at the International Defence Exhibition (IDEX) and Special Operation Forces Exhibition and Conference (SOFEX).

The Omega Consulting Group’s global footprint is primarily around Africa and the Middle East.

The array of services that they claim to provide is rather diverse and fitting for a PMC. The primary areas of focus are: