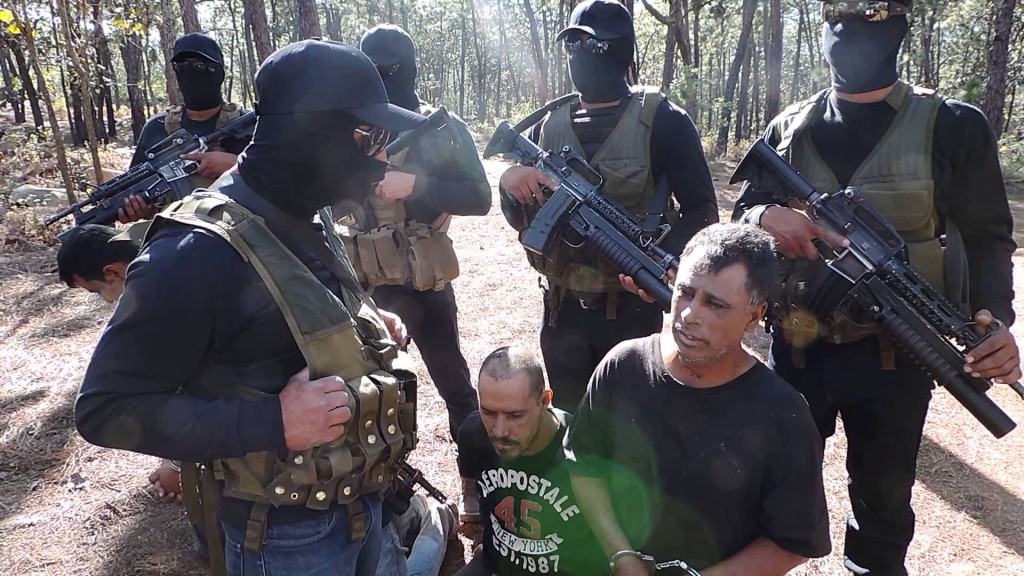 2018 saw unprecedented violence in Mexico. According to Animal Politico, in 2018 the number of homicides in Mexico increased in 27 of the country’s 32 states. President Andrés Manuel López Obrador (AMLO) has responded by deploying 60,000-National Guardsmen to eight states accounting for half of the country’s homicides. The deteriorating public security situation in Mexico can be in large part attributed to the evolving landscape of the country’s infamous drug cartels. In recent years, larger cartels have dissolved and fragmented into smaller, but more volatile, groups.

For example, dominant criminal organizations, such as the Jalisco Cartel New Generation (CJNG) and the Zetas, have either splintered or are threatened by smaller groups that are diversifying their criminal portfolios and using brute force to conquer new territory. In this increasingly fragmented market, the survival of the cartels also depends on recruitment and training of their foot soldiers. For obvious reasons, the world of cartel recruitment and training has largely remained in the shadows.

‘You will be working for the CJNG’

CJNG is itself a splinter group of the Sinaloa Cartel that arose after the arrest and extradition of Joaquín Guzmán Loera, aka “El Chapo”. The Attorney General’s Office estimates that the cartel operates in 28 of the country’s 32 states. The group now faces its own breakaway faction in its home town of Guadalajara, the Nueva Plaza Cartel. CJNG also is at war with the Santa Rosa de Lima cartel over illicit activities, like oil theft in Guanajuato.

A recent piece by Insight Crime, which was originally published in Spanish by Sin Embargo via Telemundo, provides a rare glimpse of the recruitment and training of new members by CJNG cartel. It tells the story of Francisco, a name he has given to protect his identity, that meets a man at a bar in a southern Mexico state, who he would later find out was one of the children of CJNG leader Nemesio Oseguera Cervantes, alias “El Mencho.” Francisco says he was looking for a job as a security guard and was offered training in the mountains of Guadalajara. Yet, he would come to find out that he would be working for CJNG.

Francisco spent three months in a training camp in Talpa de Allende, a municipality in western Jalisco state. He and his 19 companions were subjected to physical and psychological resistance tests, as well as loyalty tests. He tells the story of one recruit who failed to properly assemble a gun and was quickly killed by one of the cartel “trainers”.

According to Mexican media, some 200 people have disappeared in the Tala de Allende area since 2013. Many are believed to have fallen victim to CJNG recruitment. However, the tactic described by Francisco is only one of many brutal strategies used by the cartel. In March 2016, authorities claim the cartel had set up a “ghost” business named Segmex advertising security jobs, entrapped recruits, and then forced them to attend training. In 2017, the El Pais newspaper said that cartels even place false advertisements for positions such as pollsters and local police officers on the social media platforms to lure recruits.

Only the tip of the iceberg

Twenty-three CJNG sites were uncovered between 2013-18 alone, with at least four known to be used for training. According to Jalisco’s state attorney office, these sites had between 50 and 60 CJNG members overseeing up to 40 captive recruits. While, training sites have been uncovered across the country over the last decade, from the Guatemalan to the U.S. border.

Back in 2006, Guatemalan police uncovered a training camp run by the Zetas. It had an airstrip, an obstacle course, and a shooting range with moving targets. In the same year, at least 6training camps were identified in northern Tamaulipas and Nuevo León states, some within a few miles of the Texas border, according to the testimony of five protected witnesses who were trained in the camps. Recruits at these ‘military-style’ camps included American teenagers. At the time, the Zetas cartel were known to have invested about 50% of their earnings on training, recruitment, and intelligence-gathering.

Despite the aggressive recruitment of civilians, cartels have long depended on the expertise of elite soldiers for their upper ranks. This first became known in the 1990s when the Gulf cartel actively recruited Mexican special forces to create its own paramilitary force unit, known as the Zetas, who later turned on the Gulf Cartel and established their own outfit. Guadalupe Correa-Cabrera, an associate professor at George Mason University and author of Zetas Inc., told the Guardian that “what we do know is that special forces helped turn Mexico’s narcos into the paramilitary armed groups we see today.”

According to Mexico’s defence ministry, about 1,383 elite soldiers deserted between 1994 and 2015. These deserters included those trained in counter-terrorism, counter-intelligence, interrogation and strategy from French, Israeli and US advisers, according to a 2005 FBI intelligence document. Ex-special forces from Guatemala to Colombia are also known to have joined the cartel ranks in mass over the decades. The question is whether Mexico’s National Guard is up for this seemingly insurmountable challenge.