Mozambique: In the Eye of the Storm 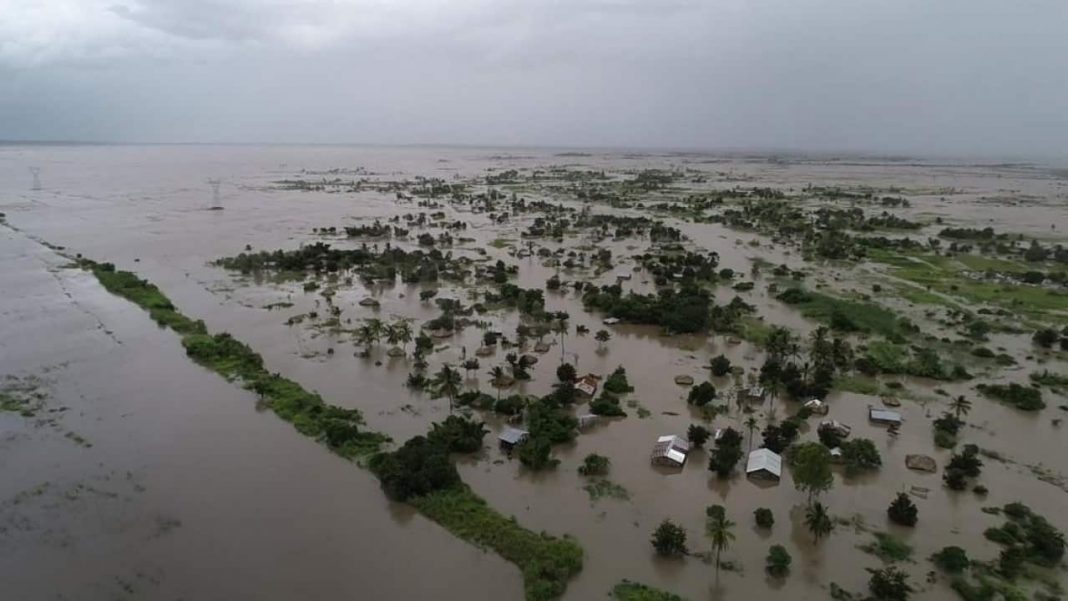 In 2019, Mozambique was pummeled by two massive tropical cyclones. The storm has left the Mozambique decimated, with large-scale destruction to infrastructure and a catastrophic death toll. Mozambique’s low-lying 1,500-mile Indian Ocean coastline makes the country one of the world’s most vulnerable to climate change. Cyclone Idai made landfall on 14 March. The U.N. called Idai “one of the deadliest storms on record in the southern hemisphere.”Less than 6 weeks later, the stronger cyclone Kenneth followed and struck northern Mozambique on 25 April 2019.

Cyclone Idai first hit the city of Beira. Jamie LeSueur, who led the Red Cross assessment team into Beira, noted, “…the scale of devastation is enormous. It seems that 90 per cent of the area is completely destroyed.” The cyclone came only a week after severe flooding—associated with the same storm system as Idai affected 1.5 million people in Mozambique and Malawi, killing at least 120 people in both countries, UN officials said. After Mozambique, it continued west as a tropical storm to Zimbabwe and Malawi.

In total, the storm killed more than 1,000 people between the three countries. To CNN, Mozambican President Filipe Nyusi called the situation a “real humanitarian disaster of large proportions.” The words of the president were not well received by the residents, who expressed frustration with the government authorities for not providing sufficient warning of the storm nor the extreme flooding.

Tropical storm Kenneth struck in Mozambique’s northern province of Cabo Delgado on 25 April. According to UNICEF, about 80% of homes were destroyed or partially destroyed in Macomia district, home to more than 90,000 people. Response team leader for the aid group Save the Children, Nicolas Finney told AP it was “an awful sense of déjà vu” shortly after Idai. Cabo Delgado lies north of regions normally affected by cyclones.  Dorothy Sang of Oxfam told the New York Times that consequently, the local communities were less prepared to deal with flooding.

According to the UN, more than 700,000 people lived in the cyclone’s path, but the government was only able to evacuate 30,000. Preliminary information from UNICEF indicates that 16,000 people were affected by the storm and that nearly 3,000 houses were damaged and 450 destroyed. The cyclone was the first of its scale to hit Cabo Delgado in modern history. Cabo Delgado is one of the country’s poorest provinces where nearly 60 per cent of the population lives below the poverty line. The province has also suffered from extremist violence over the last few years. The devastation from Kenneth can only expect the stoke the insurgency.

Prior to Kenneth, the UN’s $342 million aid appeal for Idai relief work was just 24-per cent funded. “Cyclone Kenneth may require a major new humanitarian operation while the ongoing Cyclone Idai response targeting 3 million people in three countries remains critically underfunded,” said Mark Lowcock, the UN humanitarian affairs and emergency relief coordinator, to the Guardian. Fortunately, hundreds of humanitarian workers were in Mozambique after tropical storm Idai, which is expected to make the response to Kenneth faster. Long-term worries about the disasters are the increased threat of diseases such as cholera and malaria, and the availability of food. Shockingly, rather than receiving aid relief, the Guardian reported that Mozambique had to take out a $118 million loan from the International Monetary Fund (IMF) after Idai.

Never in my life

“I have never seen such rains in my life,” said one resident of Pemba to AP after cyclone Kenneth. Corene Matyas, a tropical cyclone researcher at the University of Florida, told National Geographic that Mozambique averages about 1.5 tropical cyclones a year and rarely are they more powerful than Category 2. However, they can cause a lot of damage due to the extreme flooding in their aftermath. Meteorologist Eric Holthaus told the Guardian that “we have very strong evidence that everywhere in the world, rainfall is getting more intense”. He added, “we can directly link Kenneth with climate change for that reason.” Pemba Resident

These facts do not bode well for Mozambique and its neighbours.*