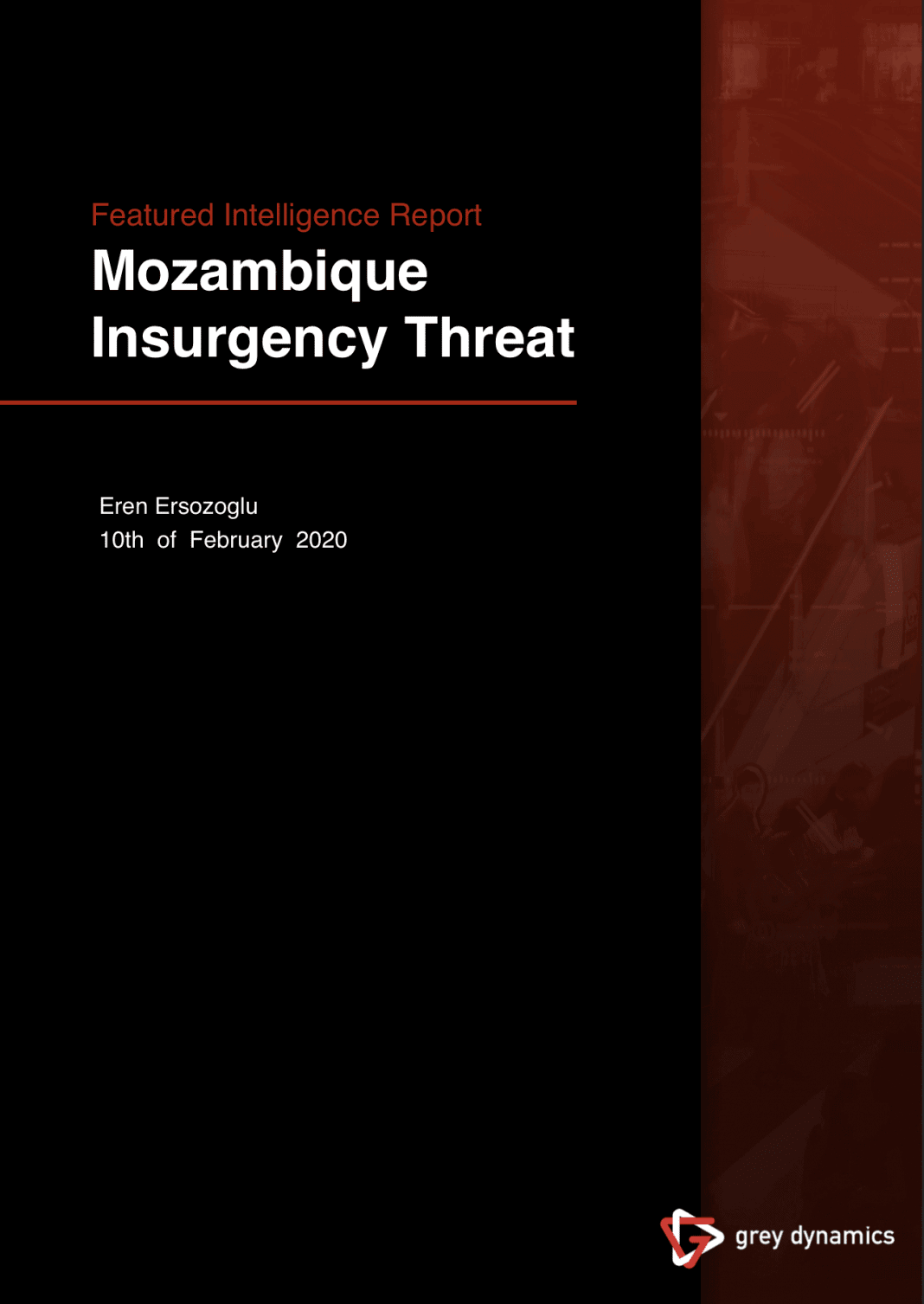 This Grey Dynamics Africa Intelligence Report seeks to offer an assessment of the insurgency threat in Mozambique. For collection and processing OSINT sources have been used, the report is safe for further distribution.

KJ-1. Government has likely exacerbated the situation with a media blackout, not addressing human rights violations and northern province discontent among the population.

On the 5th October 2017, in the Cabo Delgado province in northern Mozambique, an attack by insurgents targeting government buildings led to the killing of two police officers and a civilian. The government was criticized for ignoring signals before the event.

Three potential radicalising mosques were closed, and 150 suspects were arrested. From the beginning of these attacks, over 150 people have been killed and 500 houses burned. The group itself does not claim the attacks but evidence suggests they are linked to terror groups ISIS and Al-Shabaab. Due to a media blackout in the province, information on the conflict is limited and censored.

Locally the group is known as Al Sunna wa Jamma’ah (ASWJ), while others simply use Al-Shabaab to refer to them.

There is limited intelligence about the group, they do not claim attacks. We do know that they are radicalised youth that had been reported by imams in the province, but the government did not act. Among 189 suspects tried in court, 29 were Tanzanian and 3 Somali. In October 2018 Tanzania arrested 104 people for setting up ‘radical camps’ in Mozambique.

The northern province has the highest rate of poverty, unemployment, and uneducated population in the country. This makes the population particularly vulnerable to radicalisation and recruitment into the terror group. In 2019 the group has attacked gas industry workers, which may indicate a shift in tactics.

Failing to invest in the economy in the north and addressing the discontent, the government has increased the insurgency threat in Mozambique. The government has initiated a media blackout in the area, resulting in journalists becoming persona non grata. This comes amid a suspension of human rights in the area. Due to this blackout, information on the conflict is limited. An escalation of violence in the area indicates government response is not effective. Employing the Russian Wagner Group indicates level of threat. Wagner group has also been unsuccessful in attempts to counter insurgency. If the approach on the conflict is not reformed, insurgency strength highly likely to grow.

Evidence strongly indicates that threat from insurgency will increase.